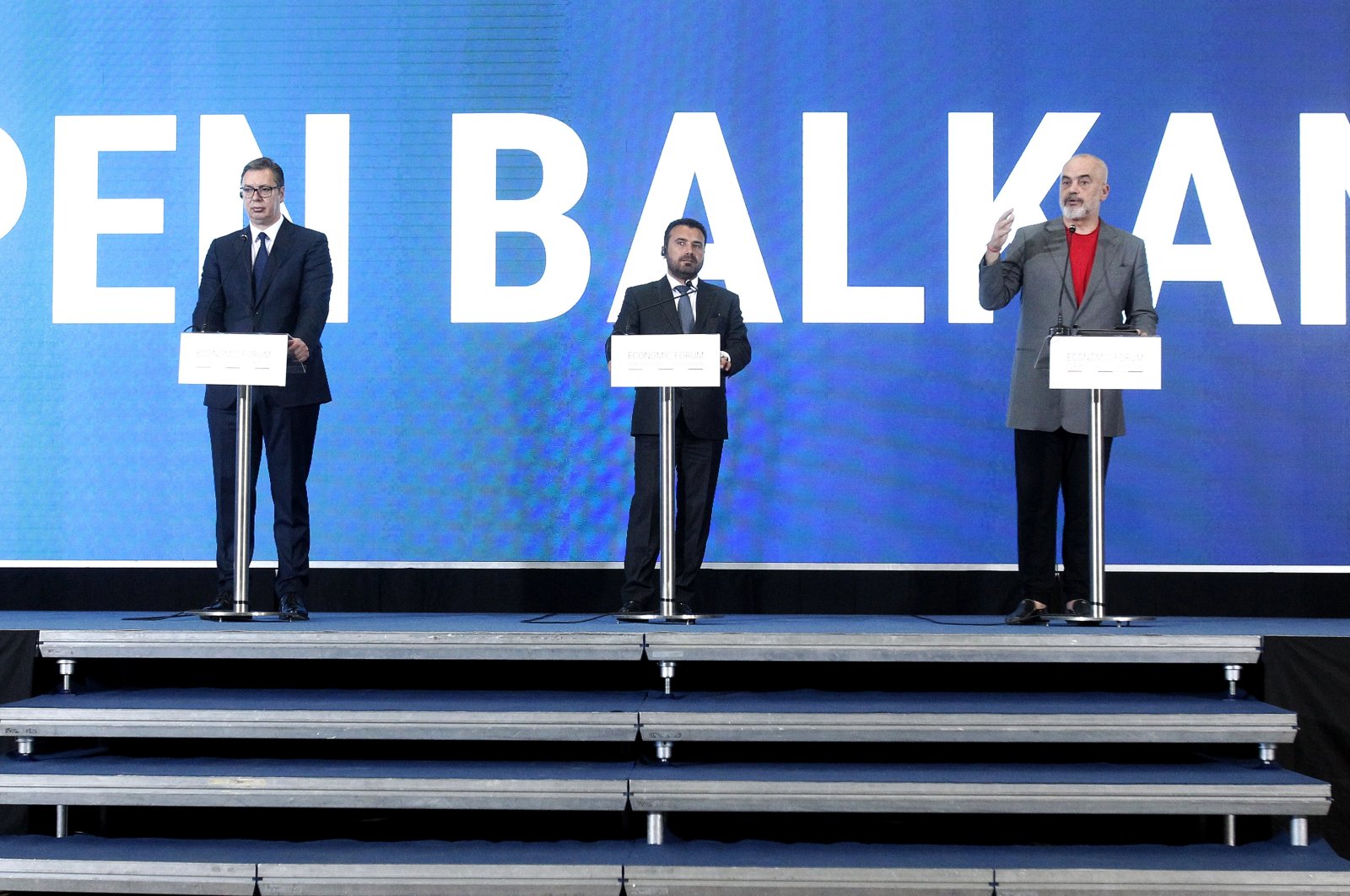 The "mini Schengen" initiative could bring freedom of movement as well as free movement of goods, capital, and services to the Western Balkans, Edi Rama told a major regional economic forum in Skopje, the capital of North Macedonia.

"This region can no longer remain a hostage to the past in any aspect, and anyone who still fails to understand how small we are while divided and trying to create more jobs, open up more prospects for well-paid jobs, especially for young people, is doomed to live in the past," he argued.

Serbia, Albania, and North Macedonia co-organized the one-day Economic Forum for Regional Cooperation in the Western Balkans in Skopje.

Rama emphasized that these three countries want to project themselves into the future through an initiative which, according to him, invents nothing new but "simply brings to this area the example of the EU with the aim of implementing the four fundamental freedoms."

The countries' leaders on Thursday are set to sign three agreements facilitating movement between the three countries.

The Four Freedoms Initiative, colloquially known as "mini Schengen," was launched by the leaders of Albania, North Macedonia, and Serbia in October 2019.

The primary goal of the initiative is to make existing regional initiatives more effective in order to achieve practical and visible results for citizens of the Western Balkans.

It aims to lead to the establishment of a common regional market which, as a transitional form, should bring the region closer to the European Union and accelerate the path to full membership.

On Oct. 10, 2019, the three leaders signed a declaration in Novi Sad, Serbia on the free flow of capital, goods, services, and people, which envisages that by the end of 2021, these three Western Balkan countries will be in a single system that will provide a better business environment with the free flow of goods and employment, as well as crossing borders using only a national ID card, with no need for passports.