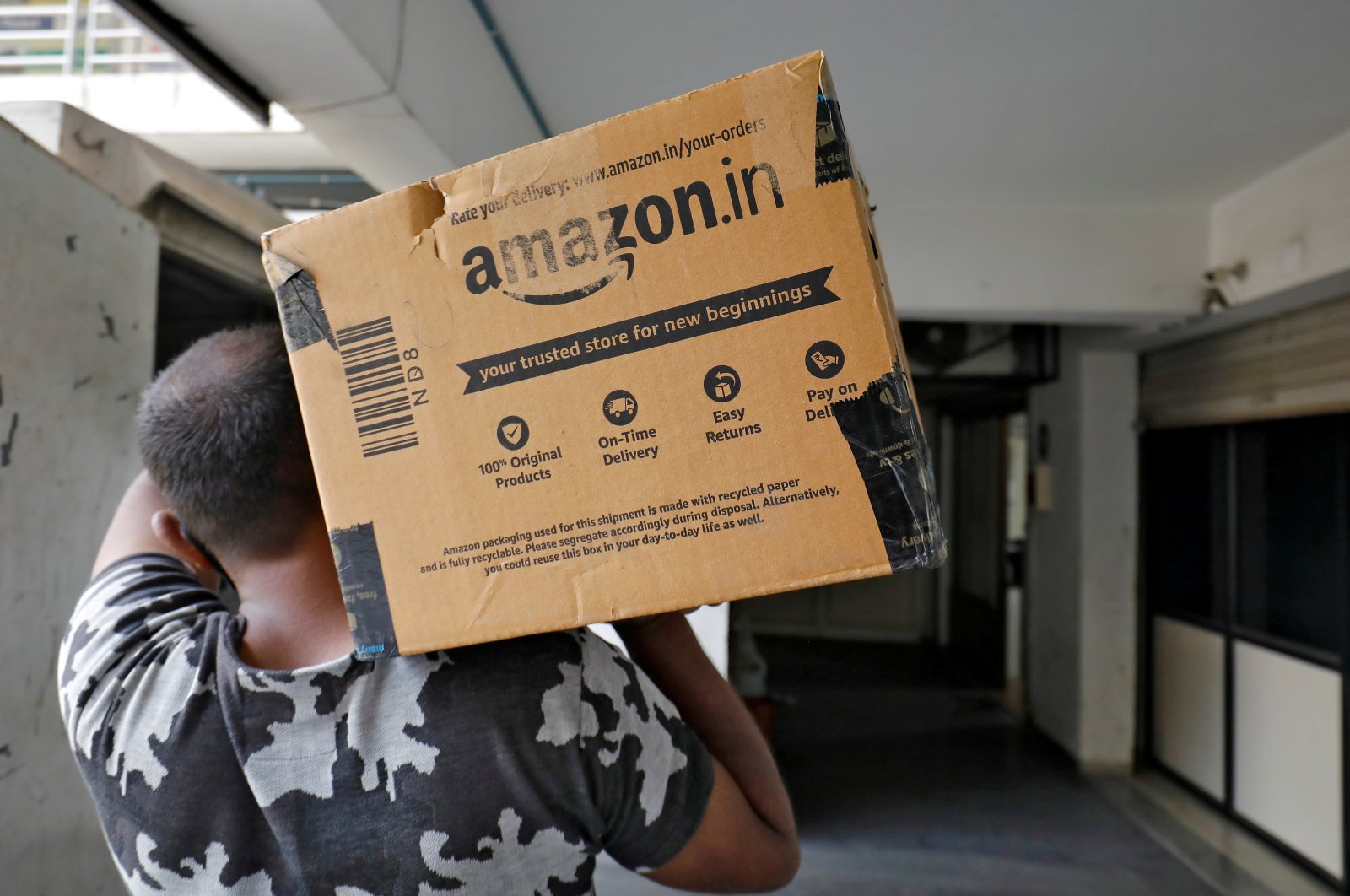 A delivery worker carries an Amazon package to deliver it to a customer at a residential apartment in Ahmedabad, India, March 17, 2021. (Reuters Photo)
by REUTERS Jul 04, 2021 12:57 pm
RECOMMENDED

Amazon and India's Tata Group warned government officials on Saturday that plans for tougher rules for online retailers would have a major impact on their business models, four sources familiar with the discussions told Reuters.

At a meeting organized by the consumer affairs ministry and the government's investment promotion arm, Invest India, many executives expressed concerns and confusion over the proposed rules and asked that the July 6 deadline for submitting comments be extended, said the sources.

New rules limiting flash sales, barring misleading advertisements and mandating a complaints system, among other proposals, could force the likes of Amazon and Flipkart to review their business structures, and may increase costs for domestic rivals including Reliance Industries' JioMart, BigBasket and Snapdeal.

Amazon argued that COVID-19 had already hit small businesses and the proposed rules will have a huge impact on its sellers, arguing that some clauses were already covered by existing law, two of the sources said.

The sources asked not to be named as the discussions were private.

The proposed policy states e-commerce firms must ensure none of their related enterprises are listed as sellers on their websites. That could impact Amazon in particular as it holds an indirect stake in at least two of its sellers, Cloudtail and Appario.

On that proposed clause, a representative of Tata Sons, the holding company of India's $100 billion Tata Group, argued that it was problematic, citing an example to say it would stop Starbucks – which has a joint-venture with Tata in India – from offering its products on Tata's marketplace website.

The Tata executive said the rules will have wide ramifications for the conglomerate, and could restrict sales of its private brands, according to two of the sources.

The sources said that a consumer ministry official argued that the rules were meant to protect consumers and were not as strict as those of other countries. The ministry did not respond to a request for comment.

A Reliance executive agreed that the proposed rules would boost consumer confidence, but added that some clauses needed clarification.

A Reuters investigation in February cited Amazon documents that showed it gave preferential treatment to a small number of its sellers and bypassed foreign investment rules. Amazon has said it does not give favorable treatment to any seller.