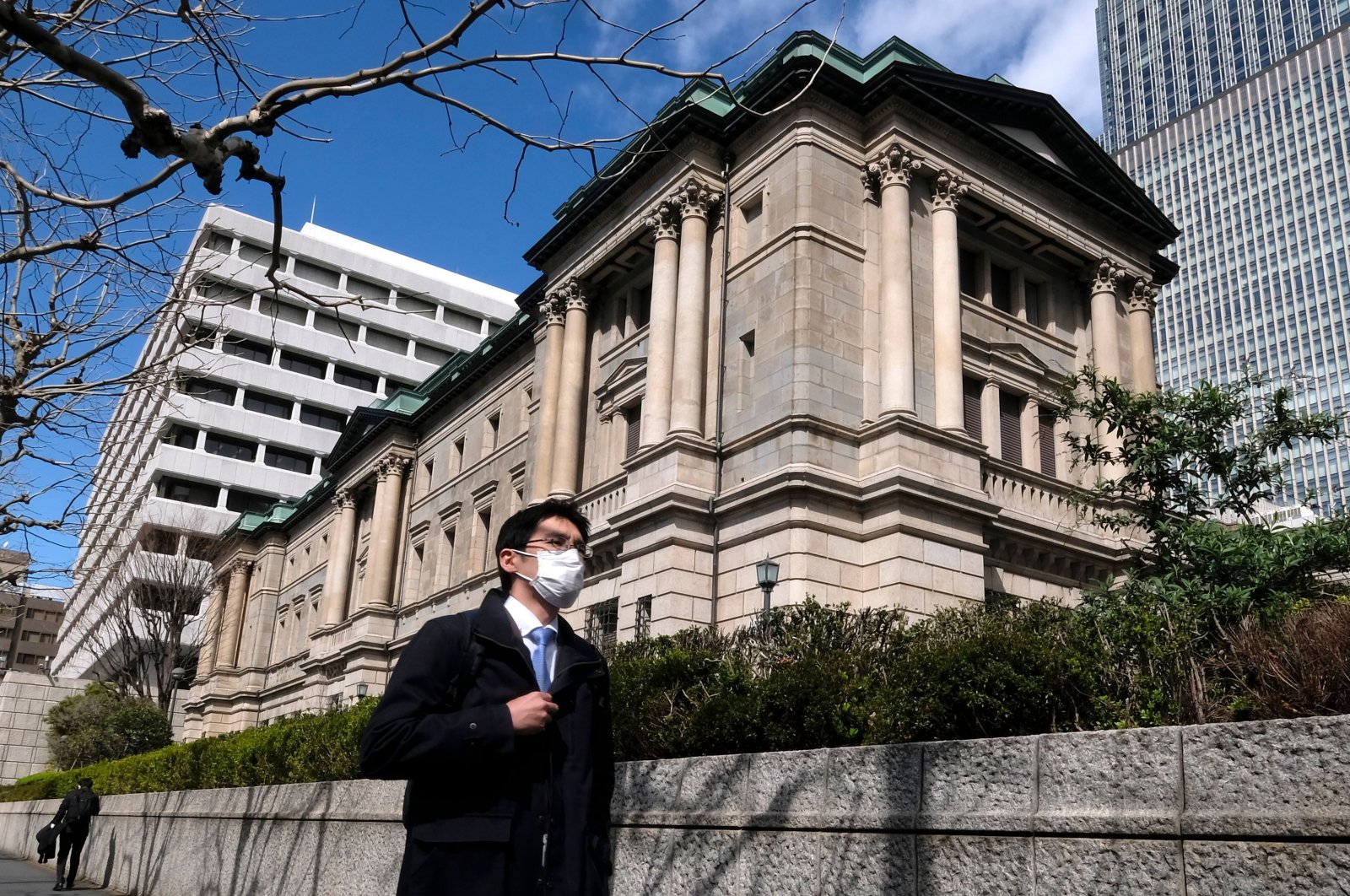 The Bank of Japan (BOJ) expanded monetary stimulus on Monday and pledged to buy an unlimited amount of bonds to keep borrowing costs low as the government tries to spend its way out of the deepening economic pain from the coronavirus pandemic.

The move puts the BOJ in line with other major central banks that have unleashed unprecedented amounts of monetary support as the health crisis stokes fears of a deep global recession.

The central bank also sharply cut its economic forecast and projected inflation would fall well short of its 2% target for three more years, suggesting its near-term focus will be to battle the crisis.

"The spread of the coronavirus at home and abroad is inflicting a severe impact on Japan's economy," BOJ Governor Haruhiko Kuroda told a news conference after the policy meeting.

"The achievement of the BOJ's 2% inflation target ... will take time. The outlook for prices is highly uncertain," he added.

To ease corporate funding strains, the BOJ said, it will boost by threefold the maximum amount of corporate bonds and commercial debt it buys to 20 trillion yen ($186 billion).

The central bank also clarified its commitment to buy unlimited amounts of government bonds by scrapping loose guidance to buy them at an annual pace of 80 trillion yen.

"The BOJ will purchase necessary amounts of government bonds without setting an upper limit" to keep long-term interest rates around its 0% target, the statement said.

The central bank said it would buy government bonds and short-term securities "actively" for the time being to keep markets stable as the government issues more bonds to pay for its huge stimulus package.

"For the BOJ, the removal of the bond-buying target is like killing two birds with one stone," as it can ramp up bond buying now and whittle it down later if it wants to end the ultra-loose policy, said Toru Suehiro, senior market economist at Mizuho Securities.

"With today's move, the BOJ can stand pat on monetary policy for the time being void of a disruptive market move," he said.

At the meeting on Monday, cut short by a day as a precaution against the spread of the pandemic, the BOJ kept its interest rate targets unchanged, as had been widely expected.

The central bank, however, offered to pay a 0.1% interest to financial institutions that tap its new loan program to combat the pandemic – a move aimed at encouraging commercial banks to boost lending to cash-strapped firms.

Under a policy dubbed yield curve control, the BOJ targets short-term interest rates at minus 0.1% and 10-year bond yields around 0%. It also buys government bonds and risky assets to pump money aggressively into the economy.

The BOJ's rate review precedes those this week by the Federal Reserve and the European Central Bank, which have sailed into uncharted territories to keep their economies afloat.

Corporate funding costs have crept up in Japan despite the BOJ's decision last month to boost buying of risky assets, including corporate bonds and commercial debt and create a loan program to assist funding of firms hit by the pandemic.

Removing the guidance on its bond buying is largely a symbolic move. The BOJ has only purchased less than 20 trillion yen per year, as the bank's huge presence in the market allows it to control yields with fewer purchases.

Still, the government welcome the move as a sign the central bank would help keep borrowing costs low to pay for the huge cost of battling the pandemic.

"Today's decision would enhance the effect of a policy mix," between the government and the central bank, Economy Minister Yasutoshi Nishimura told reporters after attending the BOJ's meeting.

Japan expanded a state of emergency this month that asks citizens to stay home and businesses to close, adding to woes for an economy already on the cusp of recession.

To ease the pain on the economy, the government boosted its spending package last week to a record $1.1 trillion yen, which will be paid for partly by issuing more bonds – straining Japan's already tattered finances.