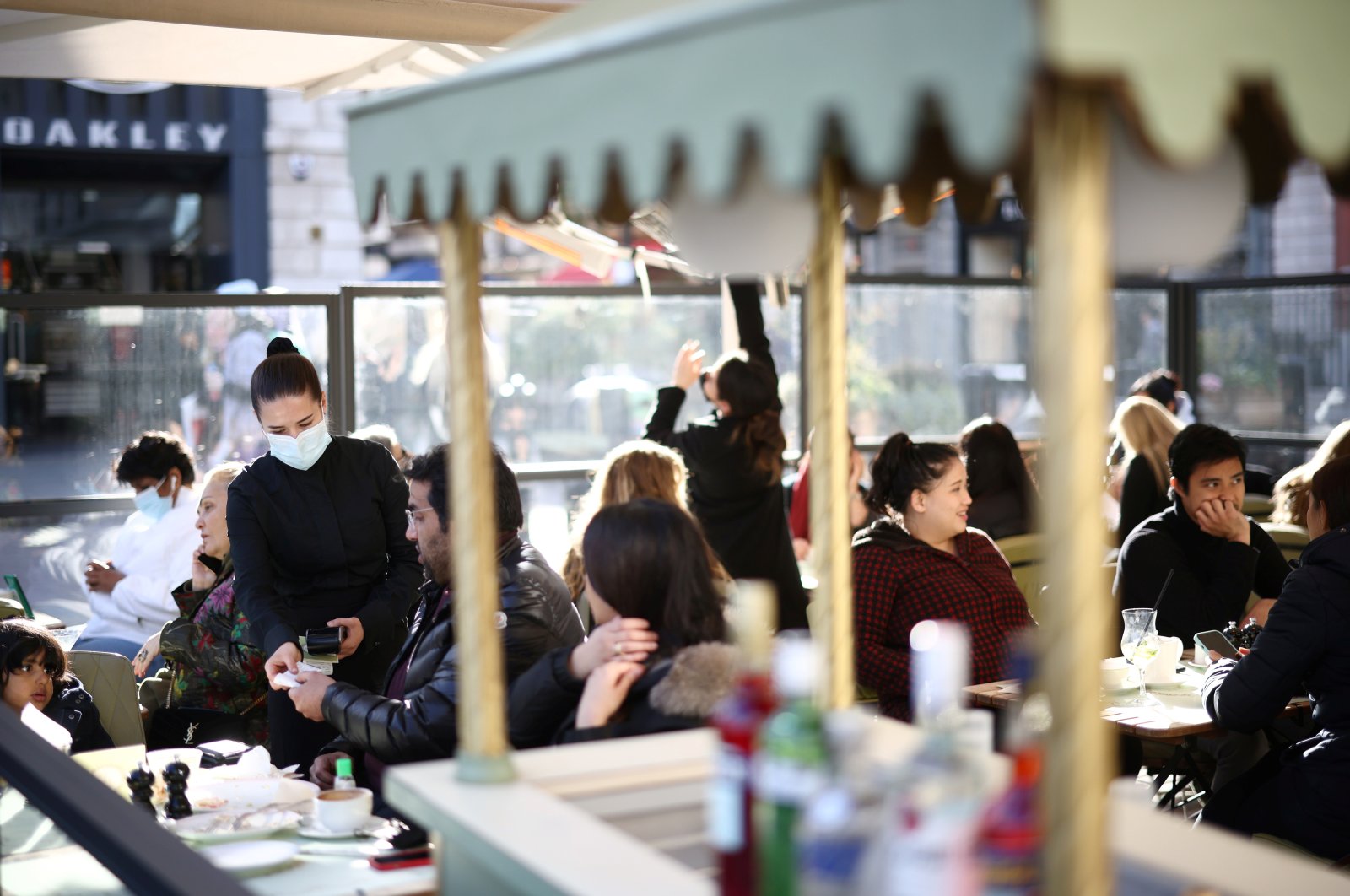 British diners rushed back to restaurants this week and online job adverts have returned to pre-pandemic levels as Britain's economy starts to reopen following the coronavirus pandemic, according to new figures Thursday.

The slew of economic indicators published by the Office for National Statistics (ONS) and the Bank of England (BoE) also showed that British banks are preparing to increase mortgage lending to households by the most since before the 2008 financial crisis.

Nonessential shops reopened in England for the first time since January on Monday, and restaurants and pubs were allowed to serve customers outside.

While much of Europe is battling with a fresh wave of COVID cases, Britain – which suffered the continent's highest death toll from the disease – is opening up as earlier lockdown measures and a rapid vaccine roll-out have reduced cases.

British restaurant reservations for Monday jumped to 79% of their level on the same Monday in 2019, a year before the pandemic, the ONS said, based on figures from bookings website OpenTable.

Online job adverts recovered to pre-pandemic levels on April 8, as retailers, pubs and restaurants took on new staff, according to figures produced by recruitment firm Adzuna for the ONS.

"We're not back to normal yet but these are really promising signs," Adzuna co-founder Andrew Hunter said.

The International Monetary Fund (IMF) expects Britain's economy to grow 5.3% this year as it recovers from a record 10% slump in 2020. But it is still likely to take until 2022 before the output is back at pre-pandemic levels – a slower recovery than the United States or Japan.

Around 5.7 million employees – 17% of the total workforce – remained on furlough at the end of March, the ONS said, and economists think it is unlikely that all will have work when government support ends at the end of September.

Thursday's figures also showed a fall in a closely watched measure of consumer spending based on Bank of England "CHAPS" data on credit and debit card payment processing.

This spending measure dropped to 83% of its pre-crisis level in the week to April 8 from 88% the week before, likely due to public holidays over Easter, the ONS said.

Separate figures published by the BoE on Thursday showed banks gearing up for more lending.

While banks' intentions do not always match up with later lending, it points to further fuel for a boom in British house prices which started in the pandemic, aided by an extension of property purchase tax breaks in March's budget.