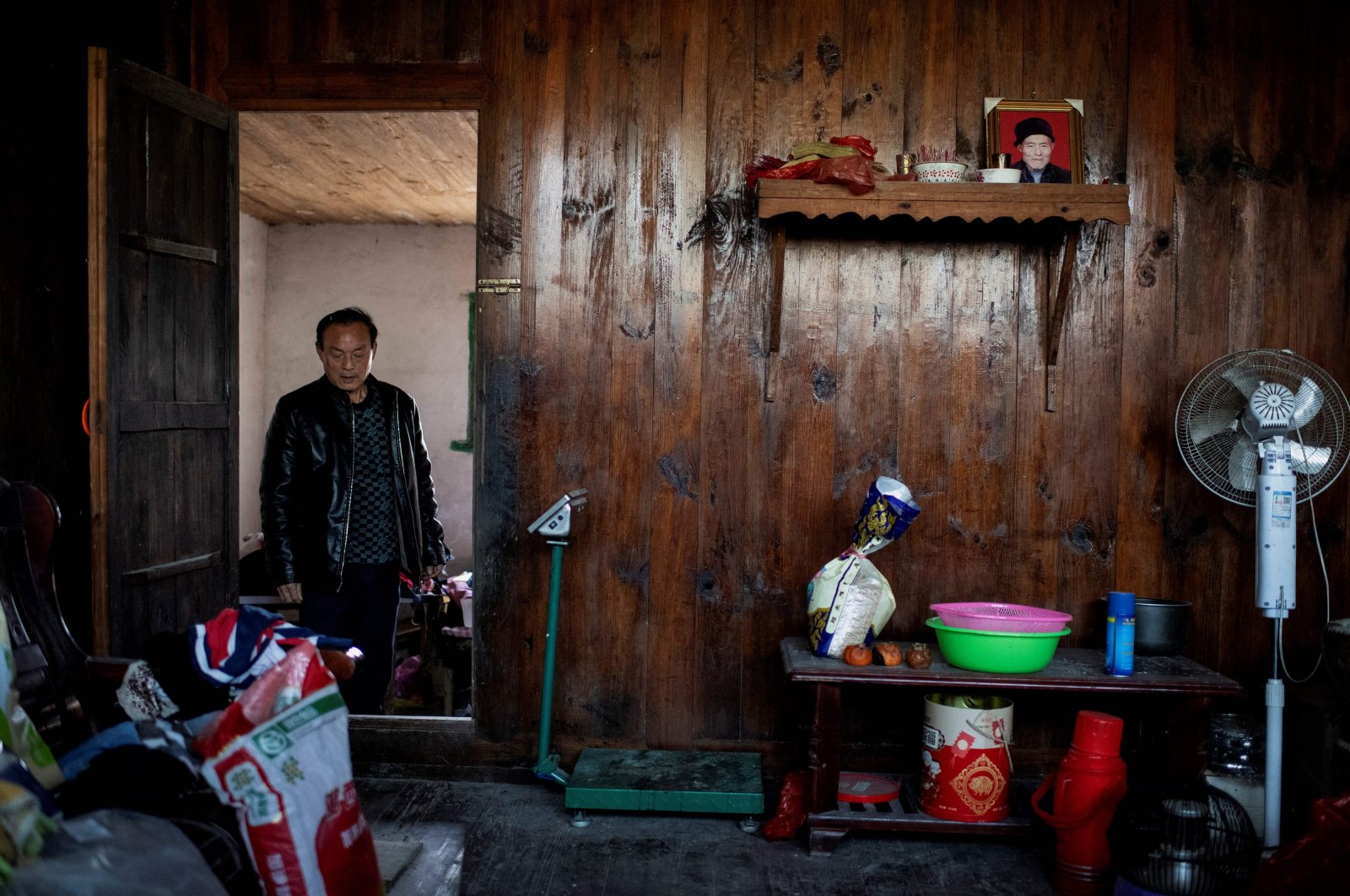 The ruling Communist Party is celebrating the official end of extreme poverty in China with a propaganda campaign that praises President Xi Jinping’s role, part of efforts to cement his image as a history-making leader who is reclaiming his country’s rightful place as a global power.

The propaganda apparatus has been linking national successes to Xi, including fighting the coronavirus, China’s rise as a technology creator and December’s successful lunar mission to bring back moon rocks.

The party announced in November, with little fanfare, that China no longer had anyone in extreme poverty. That was down from an official estimate of almost 99 million living on annual incomes of less than 2,300 yuan ($355) per person a decade ago.

The full-scale propaganda campaign launched this month has filled state-controlled newspapers and airwaves with reports on the anti-poverty milestone and Xi's personal role in it.

They credit Xi with launching an initiative shortly after taking power in 2012 that enabled China to beat by a decade the 2030 target set by the World Bank for eliminating extreme poverty. A report by the party newspaper People’s Daily this week on the “historic leap” refers to Xi by his full name and title as party leader 121 times.

“General Secretary Xi Jinping has stood at the strategic height of building a well-off society in an all-around way and realizing the Chinese dream of the great rejuvenation of the Chinese nation,” the newspaper said.

The event gives the ruling party a political trophy ahead of this year’s celebration of the 100th anniversary of its 1921 founding. It comes at a time when China's economy is growing again following the coronavirus while the United States, Europe and other areas are still struggling with outbreaks.

The party said it reached the milestone despite having to take the unprecedented step of shutting down most of China’s economy in early 2020 to fight the coronavirus.

On Thursday, Xi cited anti-poverty work as a sign of the effectiveness of the ruling party’s system.

“We have finished the arduous task of eradicating absolute poverty and created a miracle that shall go down in history,” Xi said at a ceremony honoring people who worked on the initiative.

He acknowledged the “material foundation” built up over four decades of market-style reforms that have transformed China into the world’s second-largest economy and a middle-income society but mentioned no other officials or earlier leaders by name.

The event gives Xi, who has amassed more personal power than any leader since Mao Zedong, communist China's founder, a new opportunity to assert his historical importance.

Abroad, Xi is pursuing an assertive foreign policy that has increased China's diplomatic influence but roiled relations with its neighbors and with the United States and Europe.

The poverty milestone gives Xi ammunition to shore up power that some foreign analysts suggested was eroded by the coronavirus outbreak that began in the central city of Wuhan in late 2019.

Anti-poverty campaigns also are aimed at narrowing the politically volatile gulf between an elite who have profited most from economic reform and the poor majority.

Xi's predecessor, Hu Jintao, and then-Premier Wen Jiabao started that process by stepping up spending on rural schools and health care to spread prosperity from the thriving, export-powered east coast.

China’s official definition of extreme poverty is an income per person of 11 yuan ($1.70) per day. That is lower than the World Bank’s standard of $1.90, but the National Bureau of Statistics says that due to differences in rural living costs, the Chinese standard is slightly higher.

In some areas, low-income ethnic minority communities have been moved out of remote valleys into newly built towns. In others, officials went door to door signing up poor families for job training, grants to start businesses and other aid.

Nearly 10 million people moved into new homes and those of 27 million more have been renovated, according to Xi. He said the government has spent a total of 1.6 trillion yuan ($250 billion).

Some experts suggest China might be less successful than it claims because Beijing is still using standards for the poorest countries long after graduating to middle-income status. The World Bank’s middle-income poverty standard is an income of $5.50 per person per day.

In a report in January for the Brookings Institution, former World Bank expert Indermit Gill argued China is almost as well off as the United States was in 1960 when it became a high-income country. But Gill said that based on the U.S. income standard from that era, as many as 90% of China's people would be considered poor.

“If our numbers are correct, China is years — if not decades — behind schedule,” Gill wrote.