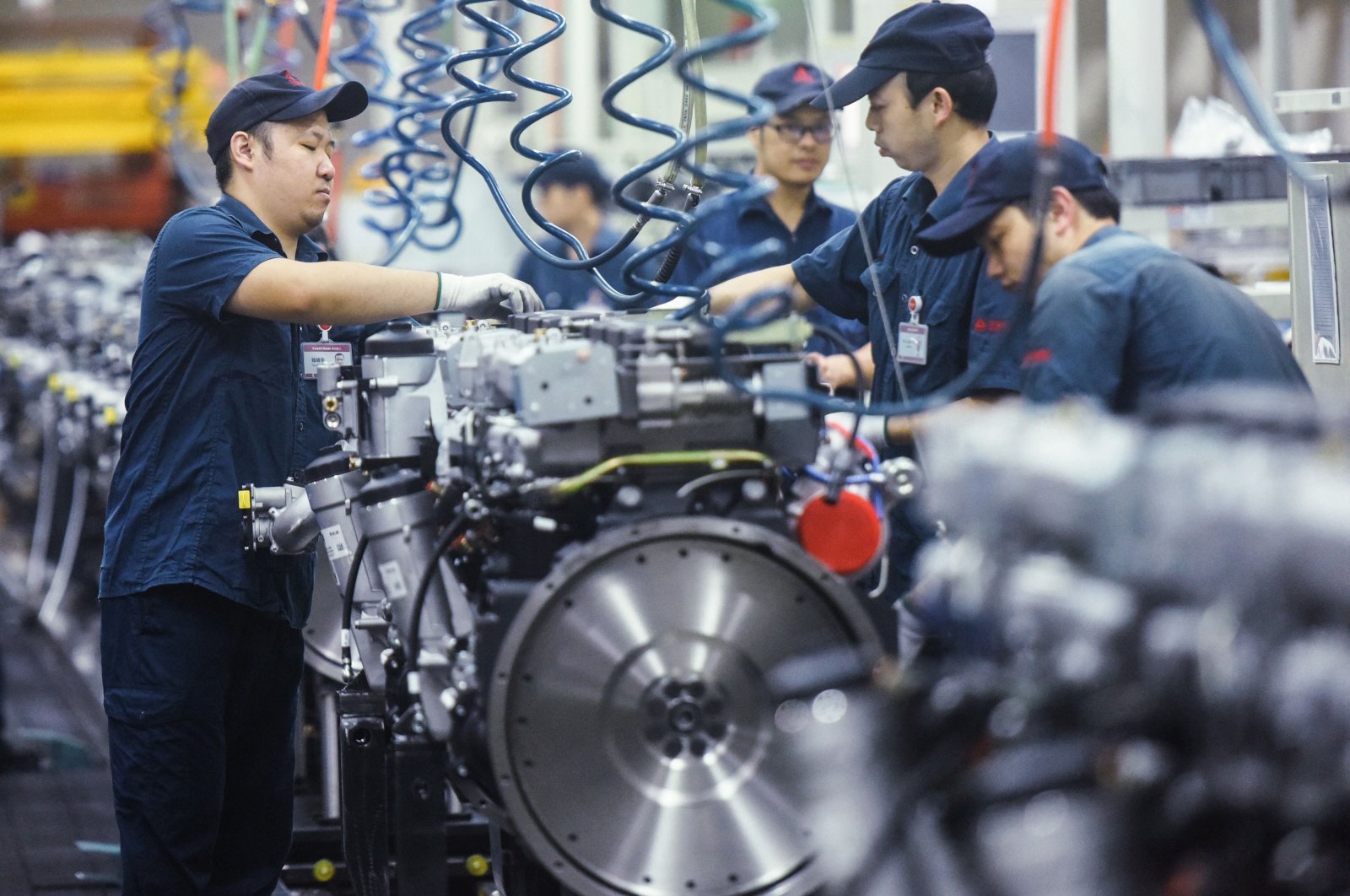 The expansion came as the crippling surge in raw material prices and power rationing eased, taking some pressure off the manufacturing sector.

The official manufacturing Purchasing Managers' Index (PMI) rose to 50.1 in November from 49.2 in October, data from China's National Bureau of Statistics (NBS) showed on Tuesday.

The 50-point mark separates growth from contraction. Analysts had expected it to come in at 49.6.

The world's second-largest economy, which staged an impressive rebound from last year's pandemic slump, has lost momentum in the second half of this year as it grapples with slowing manufacturing, debt problems in the property market and COVID-19 outbreaks.

Analysts expect the slowdown in the gross domestic product (GDP) seen in the third quarter to continue in the fourth with demand expected to remain soft.

"A series of recently introduced policies and measures to ensure energy supply and stabilize market prices has been proven to be effective," said Zhao Qinghe, senior statistician at the NBS.

Reflecting the positive headline PMI, a subindex for production rose to 52.0 in November from 48.4 in October while new orders fell at a slower pace, although November marked the fourth straight month of declines in customer demand.

There were also signs of relief elsewhere in Asia with Japanese factory output rising for the first time in four months in October as facilities in other parts of the region resumed operations after COVID-19 closures.

A subindex for input prices in the Chinese PMI stood at 52.9 in November, down significantly from 72.1 in the previous month, pointing to easing cost pressures.

That drove prices to charge lower, falling for the first time since May 2020.

Despite the improvement, Nie Wen, an economist at Hwabao Trust, said he expects the manufacturing PMI to hover around 50 for the months to come, due to constraining factors such as power curbs, high raw material prices and weaker consumption.

Analysts also warn that there could be new restrictions on manufacturing in northern China due to the upcoming Beijing Winter Olympics while the impact of the new COVID-19 strain omicron on China's economy remains to be seen.

In contrast to the uptick in the factory sector, growth in the services sector slowed slightly with the official nonmanufacturing PMI in November easing to 52.3 from 52.4 in October.

Fresh lockdown measures as China raced to contain the latest COVID-19 outbreak have weighed on services activity, which has been otherwise propped up by brisk construction.

The construction activity subindex rose to 59.1 in November from 56.9.

China's official October composite PMI, which includes both manufacturing and services activity, stood at 52.2, up from October's 50.8.

The Ukraine case through a Russian perspective