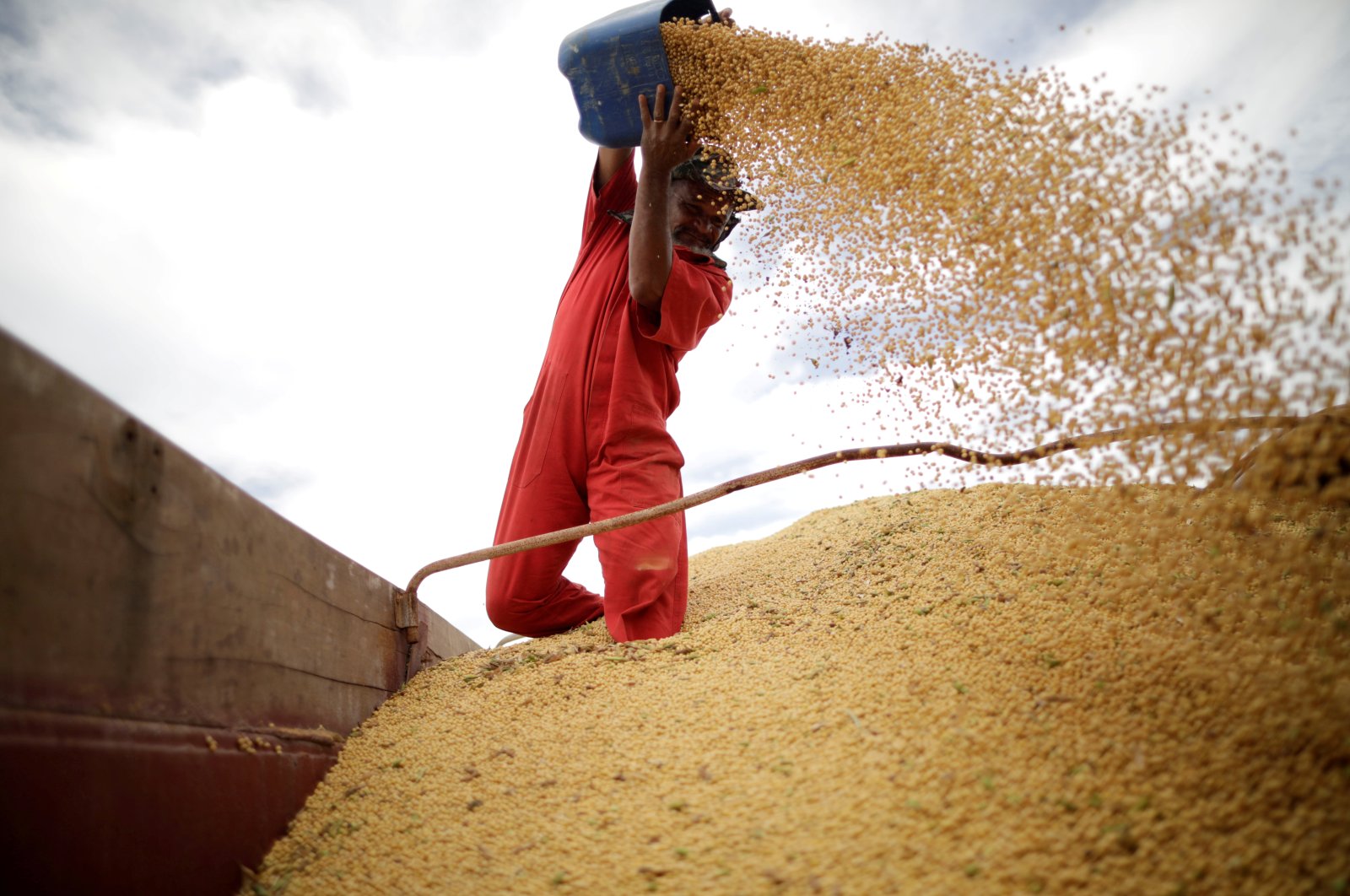 Both state-run and private grain traders as well as food producers were urged to procure higher volumes of soybeans, soy oil and corn during calls with China’s Ministry of Commerce in recent days, three trade sources told Reuters.

“There is a possibility of a breakdown in supply pipelines due to the coronavirus infections. For example, a port of origin or destination might shut down,” said a senior trader at one of China’s leading food processors, which spoke on the phone last week with authorities to discuss purchases.

“They have advised us to increase stocks, keep supplies higher than we usually have. Things are not looking good in Brazil,” he added, referring to China’s main supplier of soybeans and a key meat exporter where the number of coronavirus cases has surpassed those in Spain and Italy.

A second source in China who was briefed by a person who attended one of the meetings said China’s Ministry of Commerce met with some state companies on Tuesday to discuss how to guarantee supplies during the pandemic.

“One of the main concerns is how the epidemic in South America might impact supplies (of beans) to China,” the source said.

China’s Ministry of Commerce did not respond to a fax seeking comments on plans to increase food stocks.

Brazilian shipments of soybeans were delayed in March and April due to a combination of heavy rains and reduced manpower as coronavirus containment measures took effect, leading to a plunge in Chinese soy inventories to record lows.

Arrivals from Brazil have since rebounded, but authorities remain wary of fresh disruptions.

Chinese importers bought at least four shipments, or about 240,000 tons, of U.S. soybeans on Monday for shipment beginning in July, two traders familiar with the deals said.

China is under pressure to buy more U.S. farm products under a trade deal signed between Washington and Beijing in January, and trade sources expect more of China’s crops to come from the United States once the South American export season ends and the North American harvests approach in the autumn.

“The effort is to build supplies, not just from Brazil, but from all over,” said the senior trader at the food processing company. “U.S. beans are looking attractive from September onwards,” he added.

U.S. crop export sales data shows that Chinese buyers have accelerated soybean purchases of the upcoming crop, with new crop bookings of 374,000 tons already registered, compared with an average of 60,000 tons for this period since 2016.

China is also a top meat importer and is facing a large domestic supply shortfall following an outbreak of African swine fever which has decimated its pig herd, the world’s largest.

Imports from the United States – the top global pork exporter – had been expected to surge as a result, but widespread COVID-19 outbreaks at U.S. slaughterhouses and processing plants have cut national meat output.

China has booked a record volume of U.S. pork shipments already this year, raising concerns about fresh tensions between the countries if U.S. meat production problems curb domestic supplies at a time when shipments to China remain strong.