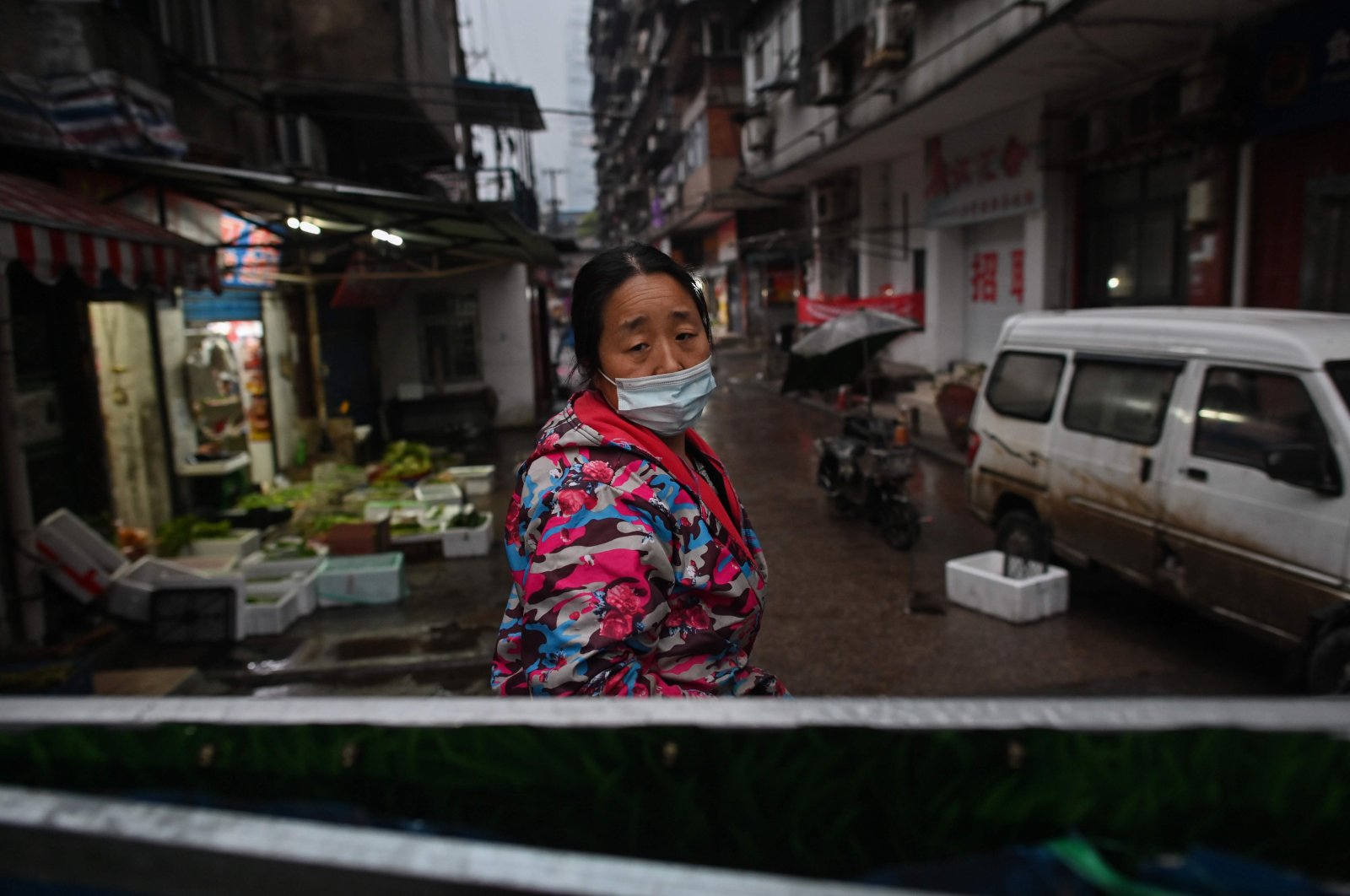 A woman, wearing a face mask as a preventive measure against the spread of the COVID-19 stands at an access to a neighborhood closed off by barriers in Wuhan, China's central Hubei province, Monday, April 20, 2020. (AFP Photo)
by REUTERS Apr 21, 2020 4:15 pm

China's central Hubei province, the first epicenter of the new coronavirus outbreak in the country, posted a 39.2% drop in economic output in the first quarter compared with a year earlier, weighed down by a sharp decline in manufacturing.

The sudden outbreak of the new coronavirus has had an unprecedented impact on economic and social development in the province, with most economic indicators down significantly in the first quarter, the Hubei statistics bureau said Tuesday.

The Chinese authorities locked down Hubei for most of the first quarter to stem the spread of the highly contagious coronavirus, stalling its economy. The provincial capital of Wuhan, the origin of the outbreak, accounts for almost 10% of vehicles made in China and is home to hundreds of parts suppliers.

Hubei's manufacturing output plunged 45.8% in January-March from a year earlier, led by slumps in the auto, electrical machinery and general equipment industries, according to the statistics bureau.