Contractors from US bases in Afghanistan left stranded in Dubai 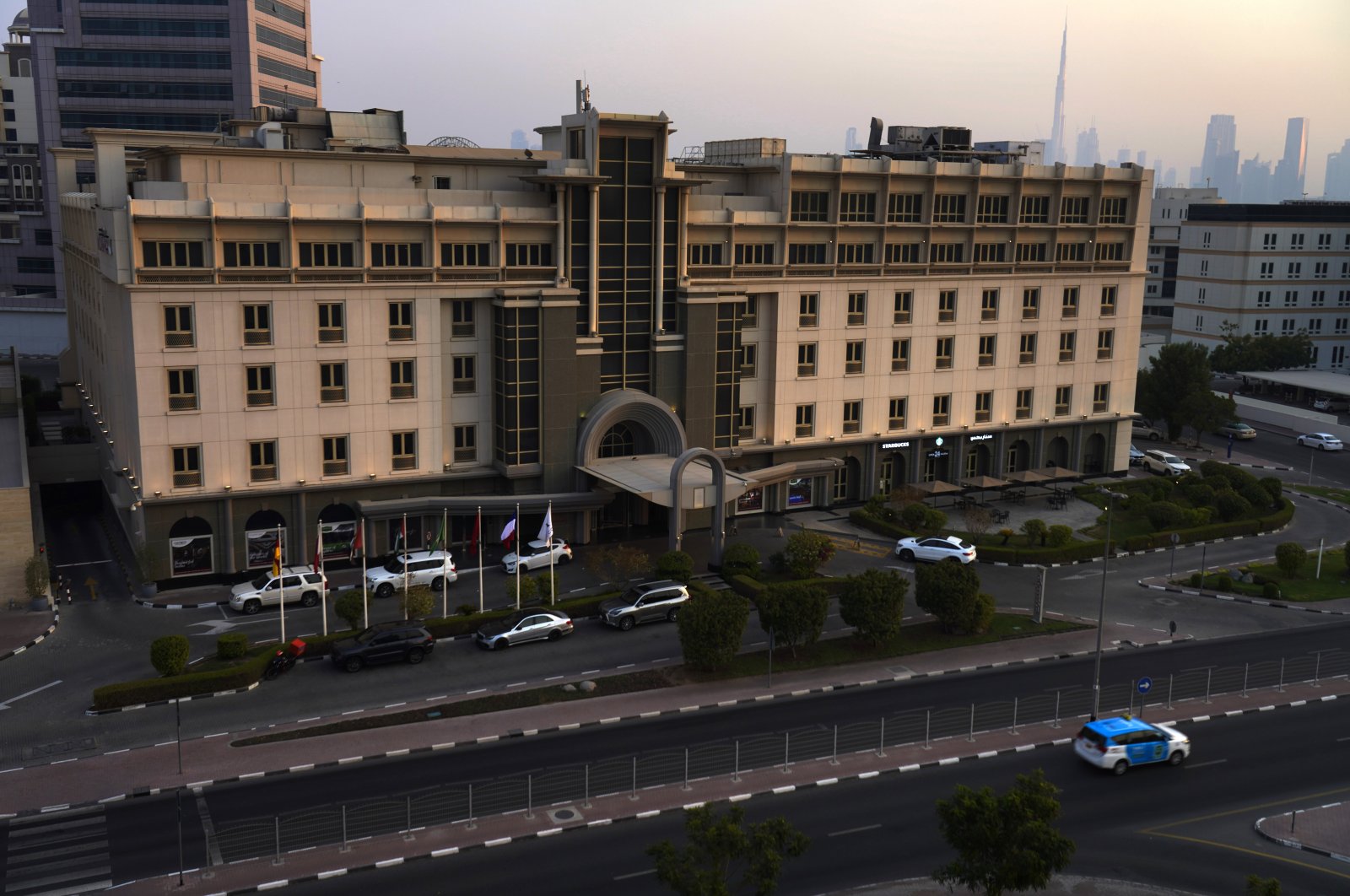 The Mövenpick Hotel & Apartments Bur Dubai is seen with the Burj Khalifa, the world's tallest building, behind it in the distance in Dubai, United Arab Emirates, Aug. 6, 2021. (AP Photo)
by ASSOCIATED PRESS Aug 09, 2021 12:28 pm
RECOMMENDED

Some of the foreign contractors that played a role to ensure logistics of the United States’ “forever war” in Afghanistan now find themselves stranded in Dubai without a way to get home.

After nearly two decades, the rapid U.S. withdrawal from Afghanistan has upended the lives of thousands of private security contractors from some of the world’s poorest countries – not the hired guns but the hired hands who serviced the American war effort. For years, they toiled in the shadows as cleaners, cooks, construction workers, servers and technicians on sprawling American bases.

In the rushed evacuation, scores of these foreign workers trying to get home to the Philippines and other countries, that restricted international travel because of the pandemic, have become stuck in limbo at hotels across Dubai.

As the U.S. brings home its remaining troops and abandons its bases, experts say the chaotic departure of the Pentagon’s logistics army lays bare an uncomfortable truth about a privatized system long susceptible to mismanagement – one largely funded by American taxpayers but outside the purview of American law.

“It's the same situation that affects foreign contractors all over the world, people who have little understanding of where they're going and very uncertain relationships once they arrive determining their legal status and movements,” said Anthony Cordesman, a national security analyst at the Center for Strategic and International Studies in Washington.

“The terms of contracts in war can really absolve the employer of major responsibility ... even the right of return can be uncertain.”

While it’s unclear just how many remain stuck abroad after the evacuation, an Associated Press (AP) journalist saw at least a dozen Filipino contractors for engineering and construction company Fluor stranded at the Movenpick hotel in Bur Dubai, an older neighborhood of the city-state along the Dubai Creek.

The hotel management declined to comment, saying it "has no authority to disclose presence and information of any hotel guests nor hotel corporate partners details due to privacy reasons.”

The U.S. military's Central Command declined to comment on private security contractors, referring all questions to their companies. The U.S. military’s contracting office and the Philippines Consulate in Dubai did not respond to repeated requests for comment on the stranded Filipino contractors.

As of early June, 2,491 foreign contract workers remained on American bases across Afghanistan, down from 6,399 in April, according to the latest figures from the Special Inspector General for Afghanistan Reconstruction.

With the U.S. set to formally end its military mission at the month's end, most of these workers have since made it home on flights arranged by their employers – the private military behemoths that over years of war won Pentagon logistics contracts in Afghanistan worth billions of dollars.

But other employees, brought first to Dubai on their way home after an abrupt departure on June 15, weren't so lucky. The Philippines, along with Bangladesh, Nepal and Sri Lanka, halted flights to the United Arab Emirates in mid-May over fears of the fast-spreading delta variant of the coronavirus and repeatedly renewed the travel ban.

Thus began a seemingly interminable layover that some Filipino workers described to the AP as one of anxiety and unrelenting boredom. The contractors spoke on condition of anonymity, citing the precariousness of their situation.

Drawn to Afghanistan by the promise of steady employment and wages far higher than in the Philippines, several of the stranded Fluor contractors spent years working in construction, equipment transport, visa processing and other military logistics. Some worked at Bagram Air Base, the largest military compound in the country, and at Kandahar Airfield in southern Afghanistan. They had nothing to do with combat operations but described nonetheless facing rocket attacks and other risks of war on base.

Those who spoke to the AP said they knew of scores more contractors from the Philippines and other countries including Nepal stuck in Dubai, but couldn’t provide more specific information.

With their cash dwindling over the two-month layover, most said they couldn’t afford to do anything but wait. They while away their time watching TV and video-calling with family in the Philippines from the hotel, where Fluor provides daily meals.

Construction giant Fluor, the Irving, Texas-based firm that was the biggest defense contractor in Afghanistan, did not respond to repeated requests for comment from the AP. The Defense Department has spent $3.8 billion for Fluor's work in Afghanistan since 2015, federal records show, most of it for logistics services.

With little publicly known about the evacuation process for the war's contractors, it has become increasingly apparent that the Pentagon's long-invisible foreign fleet may remain so.

“Everyone has been so focused on the U.S. troops, and also the Afghans, interpreters and others” who could face revenge killings by a resurgent Taliban, said John Sifton, Asia advocacy director at Human Rights Watch. “About the stranded foreign workers, the Biden administration can say, well, their companies and their governments should have moved heaven and earth to get them home.”