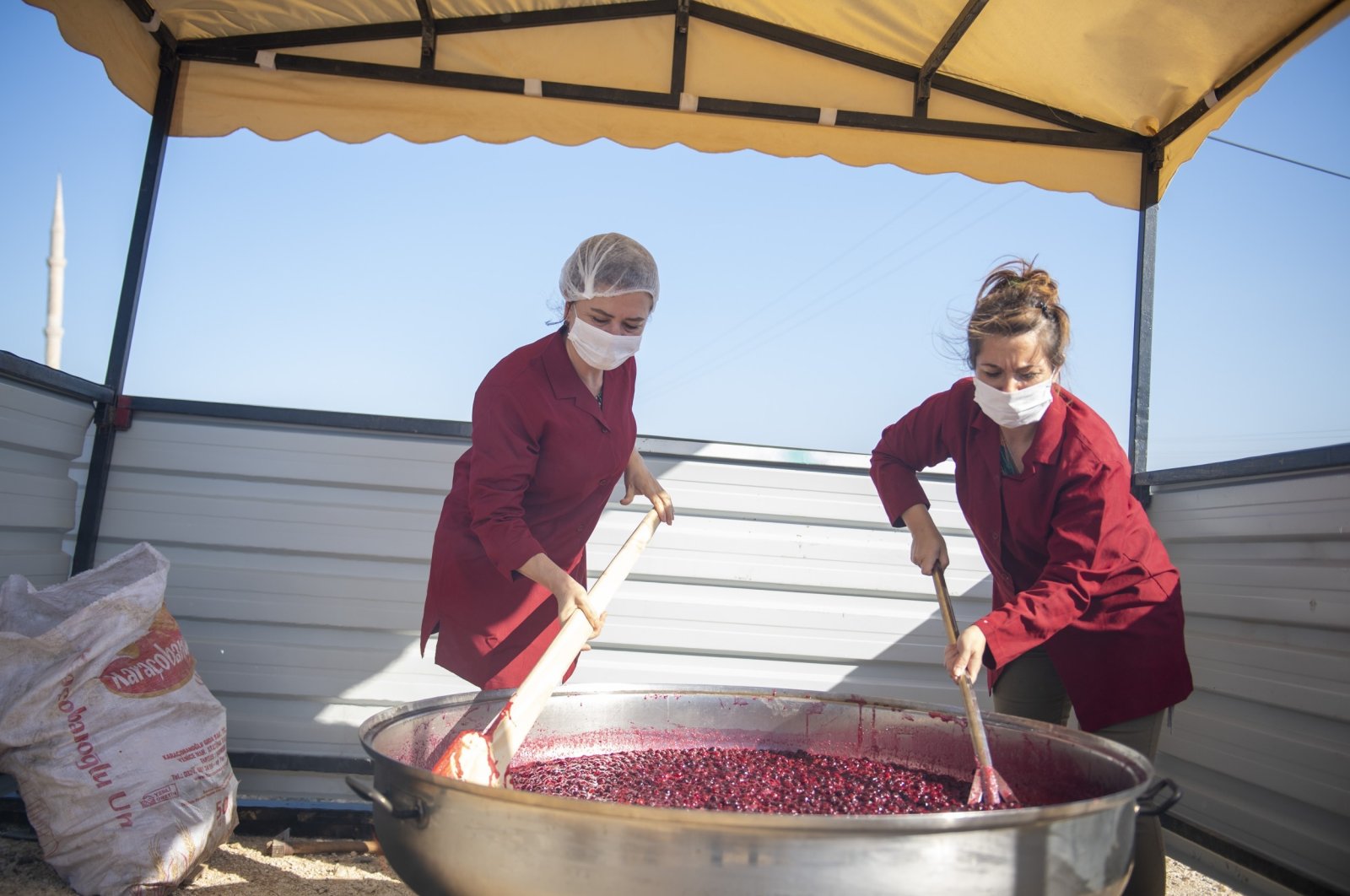 The COVID-19 pandemic has deepened already existing gender inequalities between women and men in the working world in Turkey, with outcomes such as lower female employment rate and lower representation among business owners, research by U.N. Women found.

The research titled “Rapid Gender Assessment of COVID-19 Implication in Turkey” which was commissioned by U.N. Women Turkey, analyzed the socioeconomic impacts of the pandemic on women and men by focusing on working life and the distribution of housework and care responsibilities during the pandemic.

According to the research, the coronavirus outbreak is having significant adverse effects, impacting women and men in varied ways based on their gender, location and age, among other factors.

The research which was conducted between April 18 and April 25 based on a telephone survey among a nationally representative sample of 759 women and 749 men has gathered data on various indicators to measure the relative change in daily lives since the onset of COVID-19.

Although women and men from all segments of life and all age groups have been affected by employment loss, income loss and a reduction in paid working hours following the outbreak, which curbed business life, the rates of those affected the most changed depending on gender. While 18.8% of female respondents who were employed before the pandemic stated that they have lost their jobs, the rate was just 14.4% among male respondents.

U.N. Women Turkey Country Director Asya Varbanova, commenting on the research, said that the COVID-19 pandemic is not only a health crisis but also has huge economic and social consequences for women and men.

“Among other things, it shows that it has exacerbated women’s already disadvantaged position in the labor market. A significant number of women have lost their jobs, and their domestic and care work responsibilities, already significant in the pre-COVID-19 period, have further increased,” Varbanova said.

The research also found out that 46% of women said their hours devoted to paid work have decreased, while a greater percentage of men – 57.1% – said the same.

Since the outbreak of COVID-19, among wage-employees, one-third of females and one-quarter of male respondents reported that they have taken leave from work. Some 15.7% of all wage-earning women have taken unpaid leave, while the rate is 11.2% among men.

“Even though participants were not asked about the reasons for going on leave, it can be assumed that women’s status as 'secondary' earners and being expected to perform the majority of unpaid domestic and care work might be strongly influential in this regard. It is also possible that the higher share of women taking unpaid leave is due to occupational segregation and employers’ imposing unpaid leave,” the research said.

The rate of those who started working from home was higher among women at 18%, while the rate was 14.2% among male respondents.

While the pandemic has halted business activity in general, it has deepened the impact on small, fragile businesses in certain sectors, such as restaurants, hotels, coffee shops, performance and entertainment venues and sports services, the research said, noting that those companies employ mostly low-paid and low-skilled staff and are the sectors where women’s businesses are clustered and women are mostly employed.

According to data by Turkey’s Interior Ministry, around 149,382 enterprises in those sectors have been closed due to COVID-19 measures.

The research also examined the pandemic’s effect on the housework and care responsibilities of both male and female respondents.

It found out that the majority of both women and men stated that after the start of the pandemic, their domestic and care responsibilities at home increased significantly.

However, women expressed a larger increase across all categories of unpaid care work in comparison with male respondents and levels before the COVID-19 outbreak.

The research classified the most time-consuming housework and care responsibilities, ranking them in order as cleaning, shopping, cooking, repair and household management, caring for children and assisting the elderly. Those who say that their partners started helping with the house and care work after the outbreak of COVID-19 were 35.2% of all the female respondents, while the rate among the male respondents was 36.4%.

The research also revealed the negative emotional and psychological impact of the COVID-19 pandemic on women and men. Some 54% of female respondents and 49% of male respondents stated that they have started experiencing stress and anxiety with the outbreak.

The research, meanwhile, found that although the majority of women and men have health insurance, a great percentage of women are covered by another family member’s insurance, namely a spouse's or parent's, compared to men.

Some 77.4% of male respondents expressed that they had their own health insurance. This rate was less than half for women, with 43%. Moreover, 46.2% of the women expressed that they were covered by their spouses’ or parents’ health insurance, compared to only 8.5% for men, which, as the research puts it, “indicates that women are more dependent on other family members in this regard.”

The rate of those without insurance was 13% among men and 10% among women.