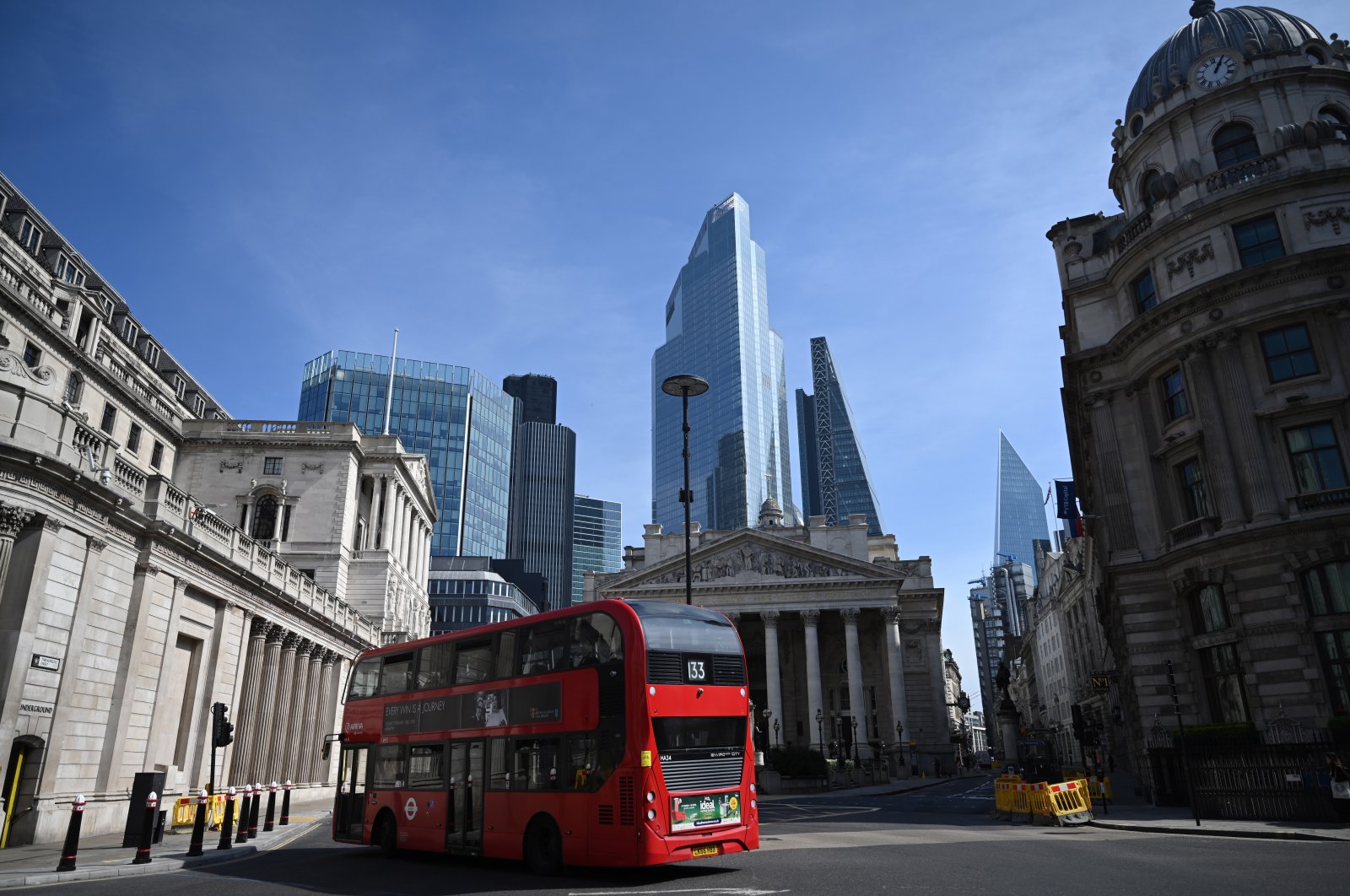 In France, Amazon suspended operations altogether after a court ruled it wasn’t doing enough to protect its workers in the country. The online retailer, which has six warehouses in France, said it would evaluate the court decision.

Cargo traffic at Europe's massive port of Rotterdam in the Netherlands sank by 9.3% in the first quarter to 112.4 million metric tons from the same period a year ago.

"We are facing unprecedented disruptions," said Allard Castelein, the port CEO, adding that he expects the situation to get worse.

The International Monetary Fund (IMF) says fallout from what it calls the "Great Lockdown” will be the most devastating since the Great Depression in the 1930s.

Still, leaders are anxious to send people back to work and school and to rebuild economies devastated by the pandemic that has infected more than 2 million people and claimed more than 137,000 lives, according to a tally by Johns Hopkins University.

Yet in China and the handful of countries in Europe that have partially reopened their economies, even people who still have jobs are wary of spending much or going out. In nearly empty stores and streets, people eye each other from a distance, their faces covered by masks.

Some Chinese cities tried reassuring consumers by showing officials eating in restaurants. In Zhengzhou, Zhang Hu is back at work but his income plummeted because few are buying the 20-ton trucks he sells.

"I have no idea when the situation will turn better,” he said.

The United States began issuing one-time payments this week to tens of millions of people as part of its $2.2 trillion coronavirus relief package. But another part of the relief package, a $350 billion paycheck protection program aimed at small businesses, is running dry after being open for only a matter of days. Negotiations were accelerating in Washington over a $250 billion emergency request to help.

Even with limited testing, the U.S. has seen nearly 640,000 infections – more than the next four countries put together – and leads the world with nearly 31,000 deaths, according to Johns Hopkins University. Experts say the true toll of the pandemic is much higher due to limited testing, uneven counting of deaths and some governments' attempts to downplay their outbreaks.

Despite the relief checks, Americans have begun to protest the virus restrictions that have put at least 17 million out of work, closed factories and brought many small businesses to their knees.

In Michigan, thousands came to protest the lockdown they say has destroyed livelihoods. Some were masked and armed with rifles, but many unmasked people defied stay-at-home orders and jammed nearly shoulder-to-shoulder in front of the Capitol building. The protest was organized by the Michigan Conservative Coalition.

"This arbitrary blanket spread of shutting down businesses, about putting all of these workers out of business, is just a disaster. It’s an economic disaster for Michigan,” said group member Meshawn Maddock. "People are sick and tired of it.”

"People are frantic to get back to work. They have been very edgy,” Borkovich told The Associated Press (AP).

Michigan Gov. Gretchen Whitmer said having so many people close together without masks would only increase infections and prolong the lockdown.

With many factories shutdown, American industrial output shriveled in March, registering its biggest decline since the nation demobilized in 1946 at the end of World War II. Retail sales fell by an unprecedented 8.7%, with April expected to be far worse.

In Brussels, the pandemic was making the European Union redraw all of its budget plans to focus on tackling the coronavirus pandemic. European Commission President Ursula von der Leyen said the 27-nation bloc's next trillion-euro budget will have to be re-imagined as "the mother-ship of our recovery.”

Troubling data indicates the worst may still be to come in many parts of the world.

The British government was set Thursday to extend a nationwide lockdown for several more weeks, as health officials say the coronavirus outbreak in the country is peaking.

Health Secretary Matt Hancock said "it is too early to make a change” to the lockdown introduced on March 23. Britain has recorded 12,868 deaths of COVID-19 patients. But those only count hospital deaths and British has seen limited testing. Experts say including virus deaths at homes or nursing homes could make the toll 15% higher.

U.N. Secretary-General Antonio Guterres is urging stepped-up efforts to prepare Africa, warning that the continent "could end up suffering the greatest impacts.”

Singapore's outbreak has jumped more than 1,100 cases since Monday. It had successfully contained a first wave of infections, but the new cases are occurring among workers from poorer Asian countries who live in crowded dormitories in the tiny city-state.

"We’re fighting against the coronavirus and against the ‘Bolsonaro-virus,’” Sao Paulo state Gov. João Doria told AP in an interview, adding that he believes the president has adopted "incorrect, irresponsible positions.”

Foreign leaders, meanwhile, rushed to the defense of the World Health Organization (WHO) after Trump vowed to halt U.S. payments to the U.N. agency for not sounding the alarm over the virus sooner.

EU foreign policy chief Josep Borrell said the WHO is needed now more than ever.

"Only by joining forces can we overcome this crisis that knows no borders,” he said.