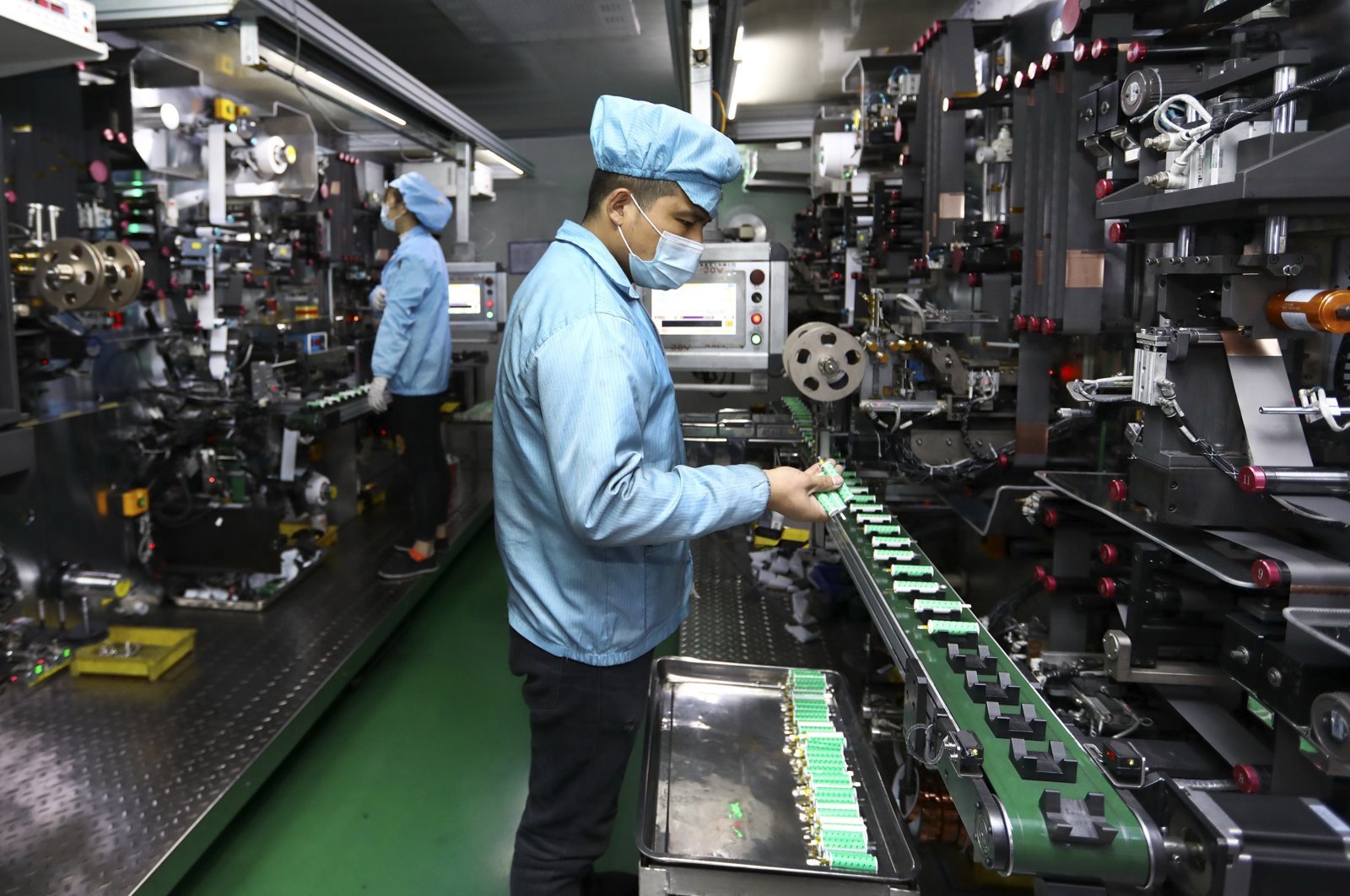 Germany was the eurozone's powerhouse, while in Asia, Chinese factory activity accelerated at the fastest pace in a decade, energizing regional growth and a sign the world's second-largest economy is rebounding to pre-pandemic levels.

The outlook for the global economy is improving despite a second wave of coronavirus as vaccines emerge and a China-led recovery takes hold, the Organisation for Economic Co-operation and Development (OECD) said on Tuesday.

But a global resurgence in coronavirus infections has made the outlook highly uncertain, keeping governments and central banks under pressure to maintain or ramp up their massive stimulus programs.

European Central Bank (ECB) President Christine Lagarde made clear at last month's policy meeting and in a speech that another round of monetary stimulus this month is all but certain.

The eurozone is on track for its first double-dip recession in nearly a decade, according to a recent Reuters poll of economists, and IHS Markit's final manufacturing Purchasing Managers' Index (PMI) fell to 53.8 in November from October's 54.8.

"Manufacturing is not that bad considering the pressure on the economy, but it's all about services which have lost a lot of momentum," said Peter Dixon at Commerzbank.

While the region's manufacturing sector continued to expand, an earlier flash reading of the overall survey showed growth in the dominant service industry contracted last month as COVID-19 restrictions were imposed to quell the second wave of infections.

Britain and the EU have so far failed to agree on tariff-free trade and even with a deal many exporters fear lengthy delays at ports due to new customs requirements.

"Even if a trade deal is signed off at the last minute, sparing U.K.-EU trade from tariffs, manufacturing output likely will fall back in Q1, due to the shift in the timing of export demand," said Samuel Tombs at Pantheon Macroeconomics.

The gauge stayed well above the 50-level separating growth from contraction for the seventh consecutive month. It was also in line with an official survey that showed activity at Chinese factories expanded at the fastest pace in more than three years in November.

"There is little sign that large second waves of the virus in the U.S. and Europe have weighed on Asia's export-focused industry, suggesting that external demand will continue to hold up," Capital Economics said in a research note.

"Overall, it looks likely that Asian industry will remain strong over the coming months, helping economic recoveries to stay on track."

Asia's outperformance comes as many countries in the region have had greater success in containing the virus than peers in Europe and the United States.

But India's manufacturing recovery faltered as coronavirus fears weighed on demand and output, prompting firms to cut jobs for the eighth month in a row.

That underscored the patchy nature of Asia's outlook, with some analysts still cautious on the outlook with global and domestic demand vulnerable to infection trends.