Eurozone unemployment down to 8.4% in October 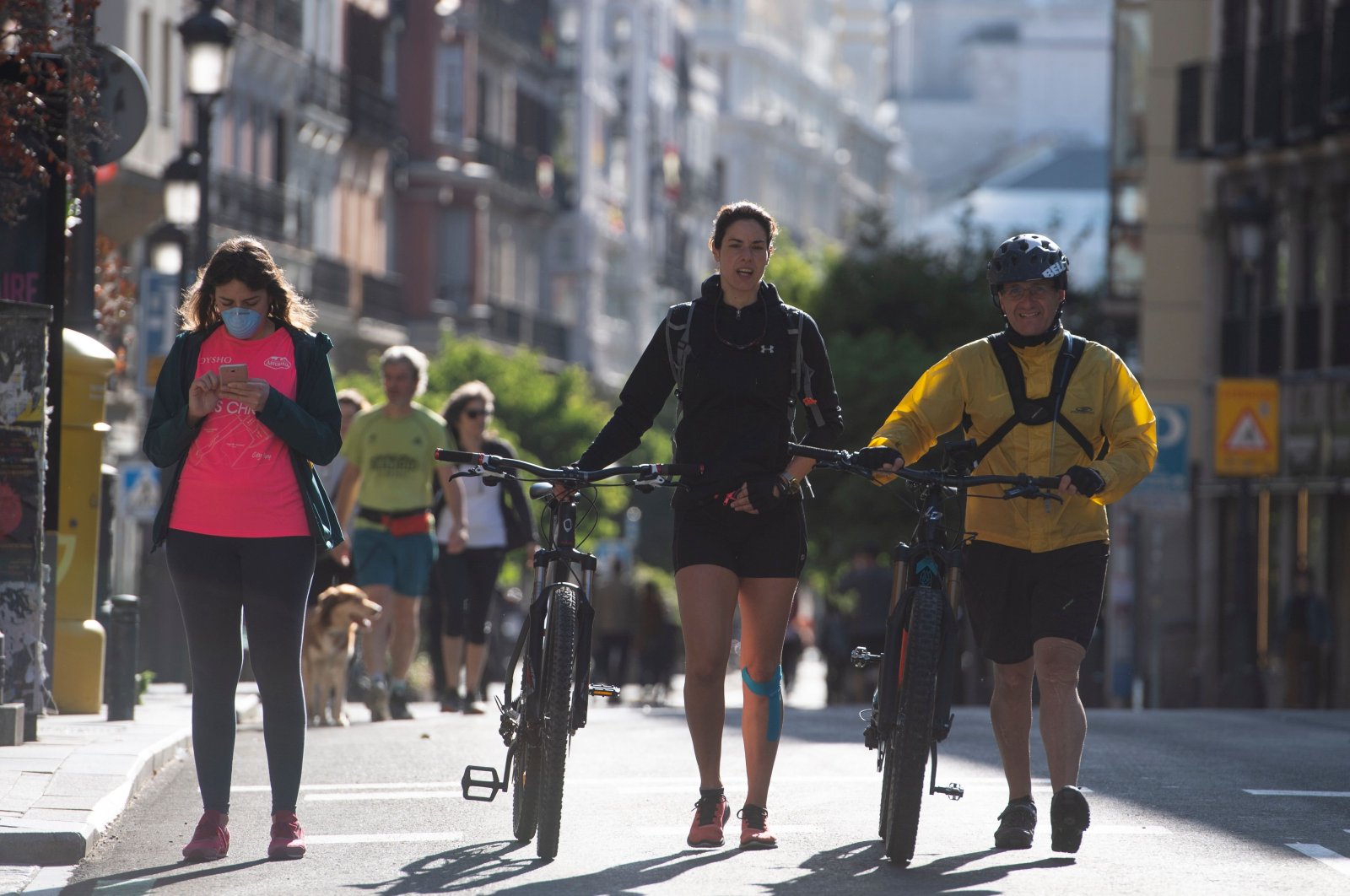 People walk in Madrid during the hours allowed by the government to exercise, amid the national lockdown to prevent the spread of the COVID-19. Madrid, Spain. May 10, 2020 (AFP Photo)
by Agencies Dec 02, 2020 4:09 pm

Unemployment in the euro area fell slightly in October, with the jobless rate slipping to 8.4% in seasonally-adjusted terms from 8.5% in September, the EU's statistics agency said Wednesday.

The first estimate from the European Union's statistical office, released on Wednesday, showed that 8.4% of the eurozone workforce was unemployed in October. The rate was 7.4% in the same month last year.

Eurostat revised a previous estimate of 8.3%.

On a 12-month basis, however, the unemployment rate was substantially higher than the 7.4% recorded in October last year as the fallout from the coronavirus takes its toll on the economy, Eurostat said in a statement.

The COVID-19 pandemic has put thousands of people out of work in Europe.

But according to an estimate by the European Trade Union Confederation (ETUC), EU governments saved some 42 million jobs at the height of the crisis using short-time work programs.

Many of these schemes, which cover some wages to stave off mass redundancies, are due to expire at the end of the year, or early next year, the ETUC warned in a statement Monday.