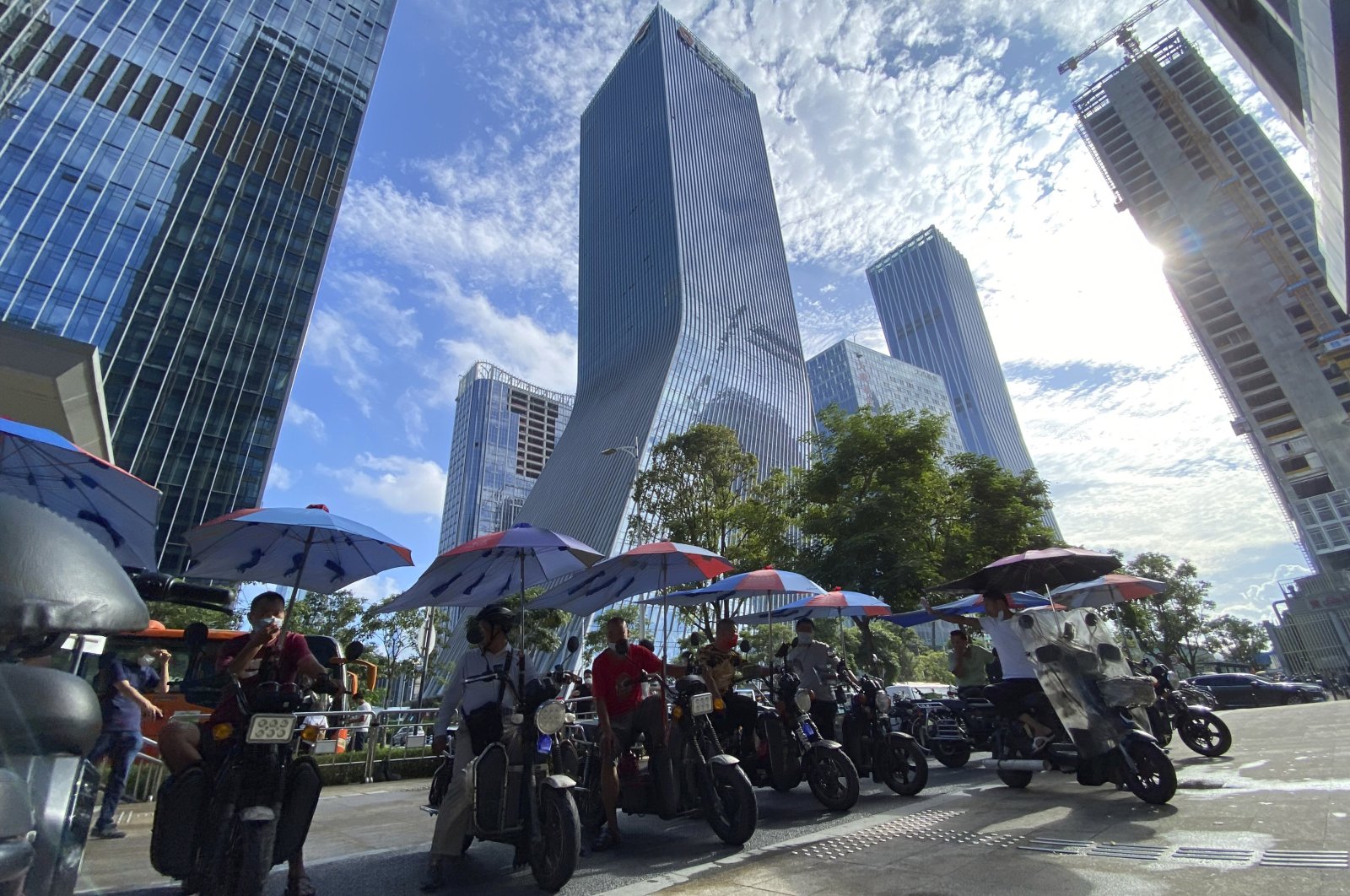 Troubled real estate developer China Evergrande will sell a half-stake in its property management unit to Hopson Development for more than $5 billion, Chinese media said Monday, after both Evergrande and Hopson requested trading halts ahead of a major transaction.

Once China's top-selling developer, Evergrande is facing what could be one of the country's largest-ever restructurings as a crackdown on debt leaves it unable to refinance $305 billion in liabilities.

Evergrande said it requested a trading halt pending an announcement about a major transaction and Evergrande Property Services Group said the announcement constitutes "a possible general offer for shares of the company."

China's state-backed Global Times said Hopson Development was the buyer of a 51% stake in the property unit for more than HK$40 billion ($5.1 billion), citing other unspecified media reports. Hopson said it had suspended trading in its shares, pending an announcement related to a major acquisition of a Hong Kong-listed firm and a possible mandatory offer.

Both Hopson and Evergrande did not respond to requests for comment on the Global Times report.

The possible deal seemed to rekindle broader concerns about the risk of contagion or of a hit to China's property sector and the broader economy if Evergrande collapses or is liquidated at rock-bottom prices.

"Looks like the property management unit is the easiest to dispose (of) in the grand scheme of things, indicative of the company trying to generate near-term cash," said OCBC analyst Ezien Hoo.

"I'm not sure this necessarily means that the company has given up on surviving, especially as selling an asset means they are still trying to raise cash to pay the bills," Hoo added.

Beijing has prodded government-owned firms and state-backed property developers to purchase some of Evergrande's assets, people with knowledge of the matter told Reuters last week.

It was unclear whether Hopson's statement was related to Evergrande Group. However, Hopson stands in good stead compared with other property developers, owning more assets than liabilities, improving profit in the first half and paying a dividend.

Shares of Hopson, which has a market value of HK$60.4 billion, have jumped 40% so far this year and it was rated B+ by Fitch in June.

Evergrande's property development unit was also profitable in the first half of 2021 and revenue rose compared with a year earlier.

With liabilities equal to 2% of China's gross domestic product (GDP), Evergrande has sparked concerns its woes could spread through the financial system and reverberate around the world.

Monday's share trading suspension sent a shiver through the offshore yuan, which fell about 0.3% against the dollar and weighed on the Hang Seng benchmark index (HSI), especially financials and other developers.

"(The) consensus is expecting a restructuring, but authorities to limit systemic risk from Evergrande," said Bank of Singapore analyst Moh Siong Sim. But there is "a bit of nervousness," he added.

Shares in Evergrande have plunged 80% so far this year, while its bonds trade at distressed levels. Shares in its property services unit have dropped 43% as the group scrambles to pay its many lenders and suppliers.

The cash-strapped group said last month that it had negotiated a settlement with some domestic bondholders and that it had made a repayment on some wealth management products, largely held by Chinese retail investors.

Holders of the company's $20 billion in offshore debt appear further back in the queue and bondholders have said interest payments due on bonds in recent weeks have failed to arrive.