Expanded French business support to cost 1.6B euros per month 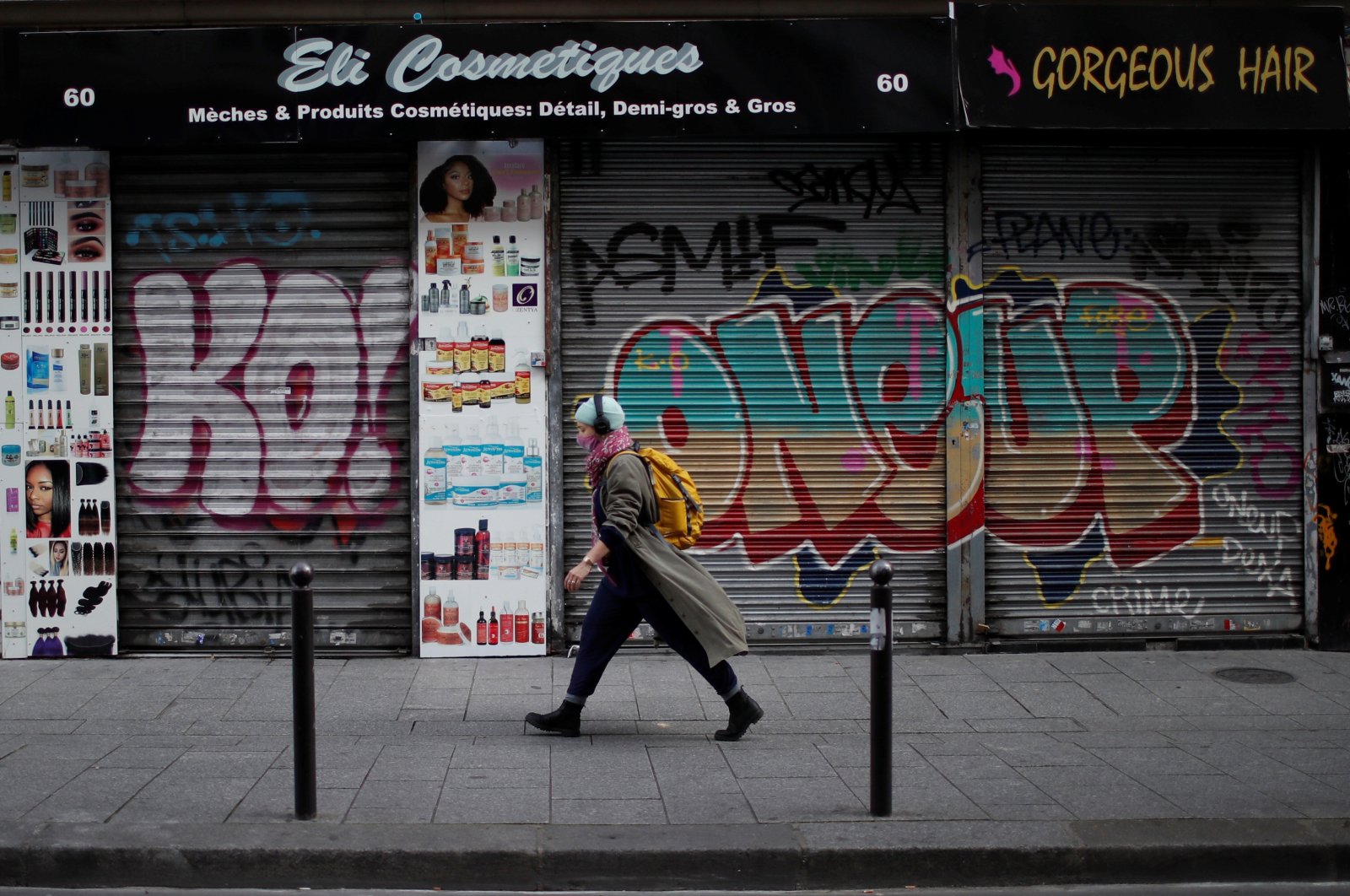 A woman, wearing a protective mask, walks past a closed hair and cosmetic shop on a street in Paris during the second national lockdown as the coronavirus outbreak continues in France, Nov. 19, 2020. (Reuters Photo)
by REUTERS
Nov 25, 2020 4:06 pm

In a televised address to the nation, President Emmanuel Macron said on Tuesday that the country would start easing its COVID-19 lockdown this weekend so shops could reopen heading into the crunch holiday season.

However, restaurants, cafes, hotels and gyms would have to remain shut, although they could benefit from tax-free state handouts of up 10,000 euros per month or 20% of their revenues at the same time last year within a limit of 100,000 euros.

Until now compensation was limited to 10,000 euros per month.

"This scheme will last as long as the administration closures are in force. It affects 200,000 companies and will cost the public finances 1.6 billion euros per month," Le Maire said on France Inter radio.

A finance ministry official told Reuters the extra spending would be covered by a 5 billion euro margin built into the last update to the 2020 budget, which was rushed through parliament this month after France went into its second lockdown this year.

The government has had to repeatedly tear up its budget plans this year as the costs related to containing the economic fallout of the crisis spiraled higher.

Le Maire said he still expected the eurozone's second-biggest economy to rebound by 6% in 2021, after cutting the outlook last week.