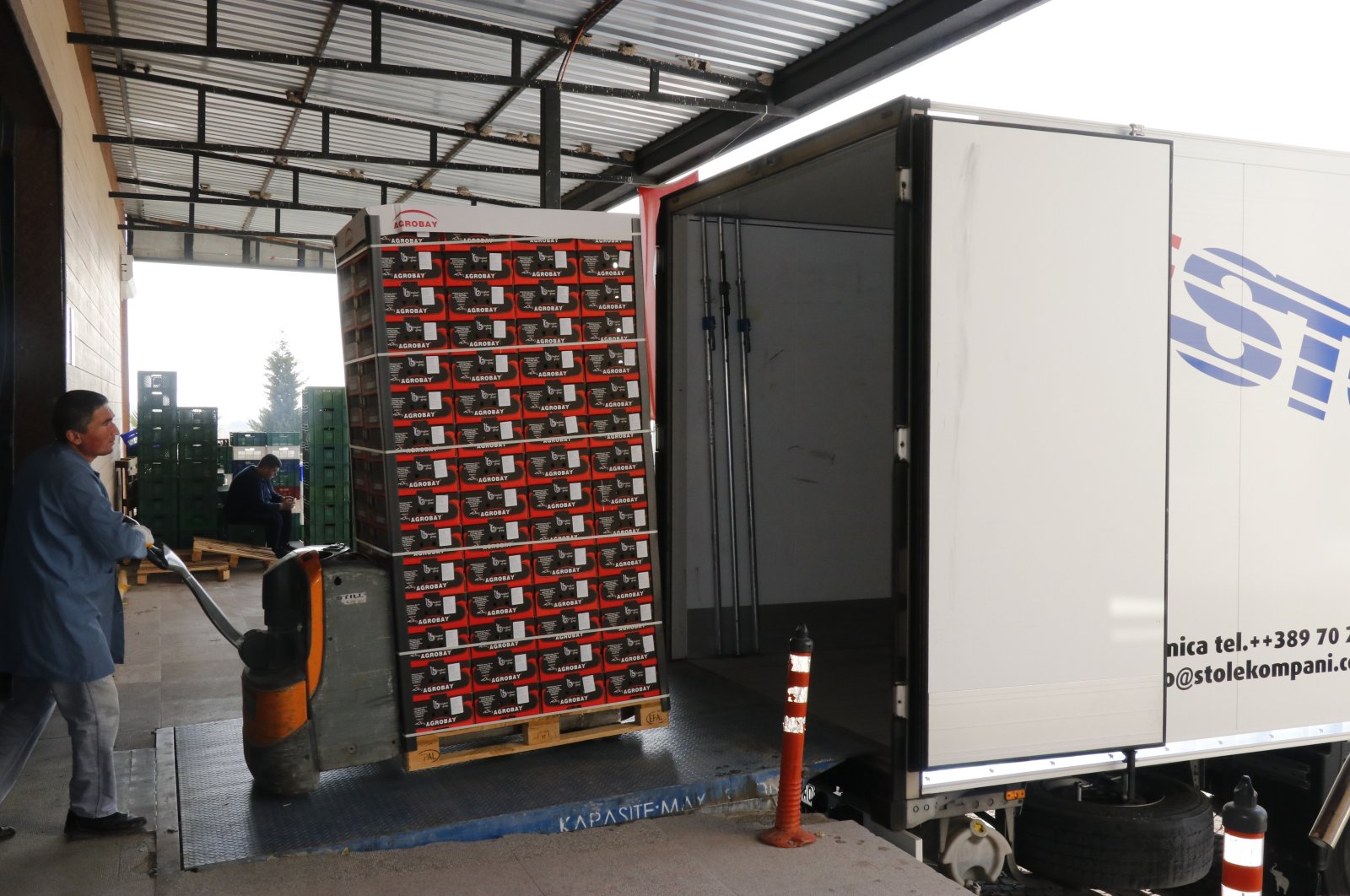 Turkey’s exports to Russia hit over $700 million in the first two months of this year, a 26% increase compared to a year earlier, data showed.

More than 500,000 tons of products from 27 sectors were sold to Russia in January and February 2020, up from nearly 388,000 tons of goods in the same period last year, a 30% surge. Those sales generated more than $700 million in revenue, up 26% in year-on-year value from just over $555 million, according to data from the Eastern Black Sea Exporters Association (DKİB) Sunday.

Fresh fruit and vegetables led the way among goods exported to Russia at $149 million, while $104.4 million worth of the same goods were exported in the same period of 2019, marking a 43% year-on-year increase. Fresh produce was followed by automotive industry exports with $96 million, chemical materials and products with $68.6 million, machinery and accessories with $56.9 million, and ready-to-wear apparel with $50.3 million, the data showed.

Some 40,664 tons of total exports to Russia came from the Eastern Black Sea region, with 20 sectors hitting $30.1 million.

Fresh fruit and vegetable products ranked first with $22 million, followed by seafood and livestock products with $4.9 million, hazelnuts and related products with $1.7 million, machinery and accessories with slightly more than $512,000, and mines and metals with over $430,000.

DKİB Chairman Saffet Kalyoncu said exports to Russia started rapidly in the first two months of the year and the expectation is for them to continue.

“We anticipate that exports will continue to increase throughout the year and exceed the 2019 figure, and as in every year and period, the most exported product to the Russian Federation was again fresh fruit and vegetable products,” Kalyoncu noted.

“Besides being the best and most stable supplier in this sector, Turkey holds the advantage of offering products to the Russian market in the fastest and freshest way. Therefore, Turkish products are the most preferred products in the market,” he added.