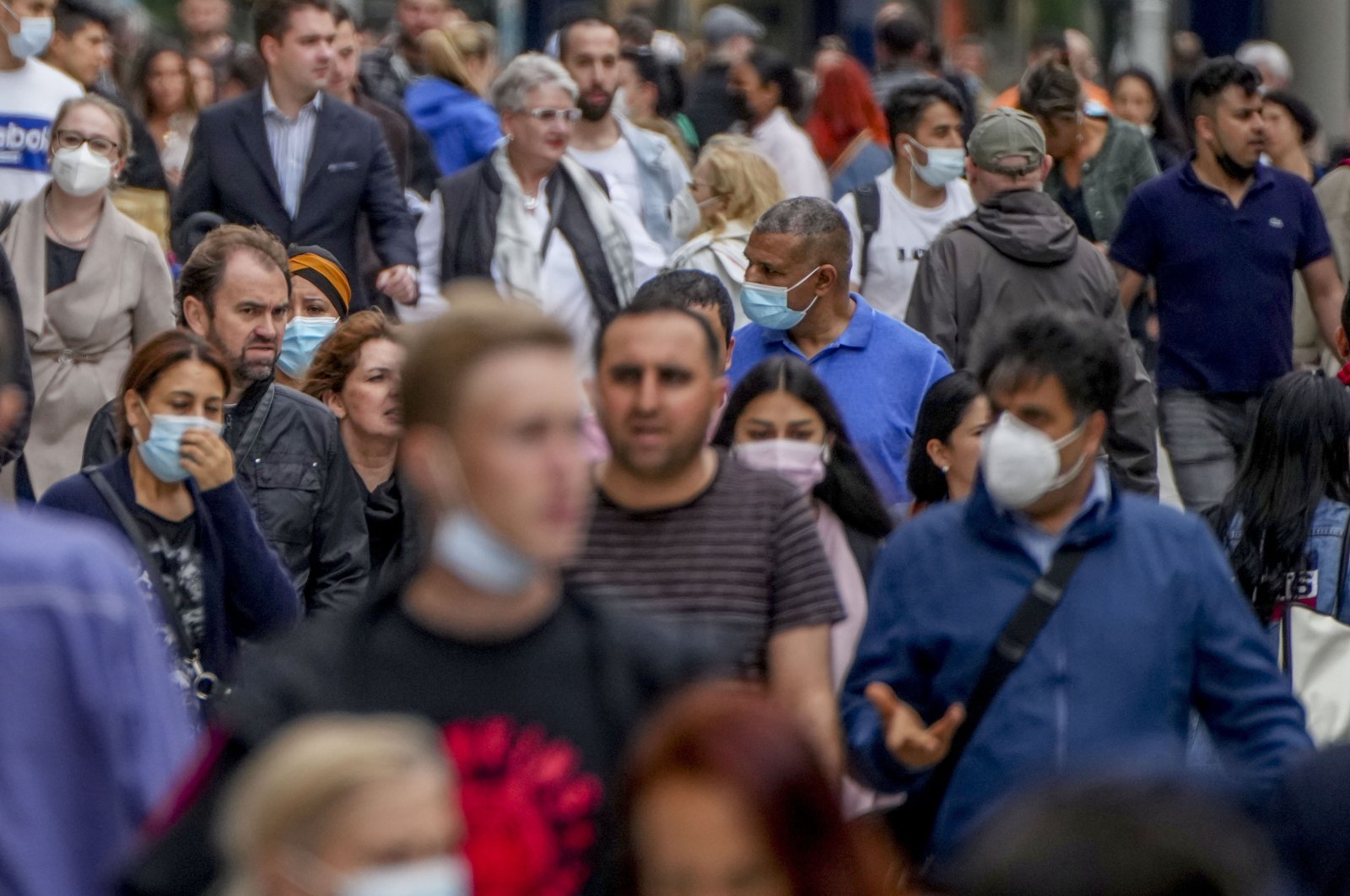 Pollster GfK institute's forward-looking barometer remained at -0.3 points heading into August, flatlining at the same level as a month previously after a strong bounce in June.

"The period of falling infection rates is over, and case numbers are rising again," said GfK consumer expert Rolf Buerkl in a statement.

"The speed of the vaccination rollout has also slowed considerably, despite there being enough vaccines. This has prevented another significant jump in consumer mood," he added.

After more than two months of steady decline, COVID-19 cases have been rising since early July, due mainly to the spread of the more infectious delta variant. Official figures showed a seven-day incidence rate of 14.5 cases per 100,000 people Tuesday.

"This is currently preventing a further significant increase in consumer sentiment," Buerkl said, but added that the domestic economy would make a positive contribution to growth in the second half of the year.

Roughly 60% of Germany's 83 million people have had the first shot of a COVID-19 vaccine, and about half are fully vaccinated.

The increase in case numbers and the slowing vaccine rollout have caused concern in Germany, where restaurants, shops and cultural venues have been open since restrictions were eased in May.

On Sunday, Chancellor Angela Merkel's chief of staff mooted possible further restrictions on public life for the unvaccinated, even if they test negative. With new restrictions looming on the horizon, GfK's survey of some 2,000 respondents found that shoppers were a little less upbeat about the German economy than last month.

Income expectations also dropped slightly amid concerns over inflation, which has risen to above 2%, the GfK said.

The pollsters added that consumers were moderately more likely to splash out on big purchases, despite requirements such as mask-wearing, which "prevent full enjoyment of the shopping experience."

The "willingness to buy" indicator represents the balance between positive and negative responses to the question: "Do you think now is a good time to buy major items?"

The income expectations sub-index reflects expectations about the development of household finances in the coming 12 months.

The additional business cycle expectations index reflects the assessment of those questioned of the general economic situation in the next 12 months.