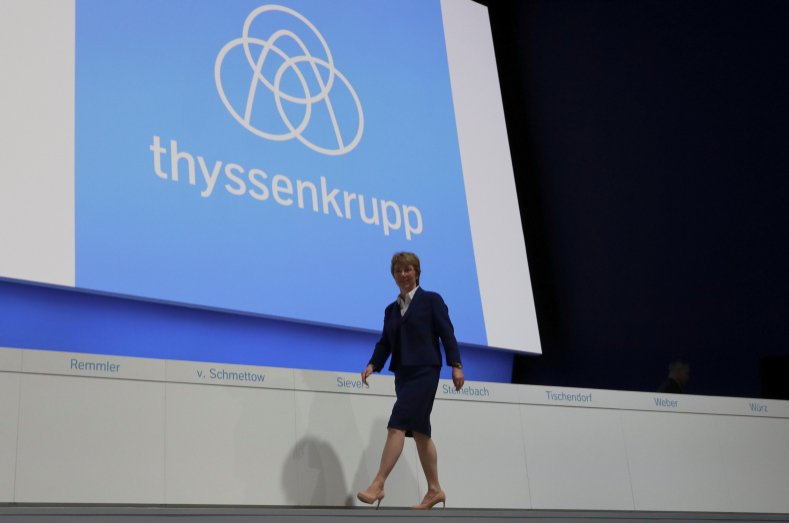 German industrial conglomerate Thyssenkrupp on Wednesday announced it was scrapping 3,000 jobs in its troubled steel unit as part of a coronavirus "crisis package."

The elevator-to-submarines group said it had reached a deal with Germany's powerful IG Metall union to cut 2,000 jobs over the next three years and another 1,000 by 2026.

"Forced redundancies will be avoided," it said in a press release.

The job cuts in Germany were necessary to respond to "the enormous challenges in the steel sector" as the coronavirus pandemic wreaks havoc on the global economy, it added.

The latest figure raises the total number of job losses in Thyssenkrupp's steel division by 1,000 after the group said earlier that 2,000 of a planned 6,000 job cuts group-wide would affect steelworkers.

Thyssenkrupp also said it had agreed to an immediate "corona crisis package" with IG Metall that would see many German workers at the group's Steel Europe unit switch to reduced hours in the coming weeks, receiving 80% of their usual pay.

"Even when we run out of work, we try to keep everyone in employment, so we can get back on track after the crisis," said personnel chief Oliver Burkhard.

Thyssenkrupp is in the throes of a major restructuring following years of crisis. Its woes deepened after European competition authorities blocked its steel unit's merger with India's Tata Steel.

To turn the tide, Thyssenkrupp now plans to sell its highly profitable elevators unit for 17.2 billion euros ($18.6 billion) and use the cash to shore up its other divisions, such as construction materials and car parts.

Thyssenkrupp on Wednesday insisted it remained committed to its historic steel operations, which have long grappled with oversupply and fierce competition from China.

The group plans to invest some 800 million euros in the steel unit in the next six years, the statement said.

Hit hard by plunging demand and supply chain shocks over the coronavirus crisis, Thyssenkrupp on Monday ditched its 2019/2020 financial targets.

The group reported a loss of nearly $330 million in the previous year.