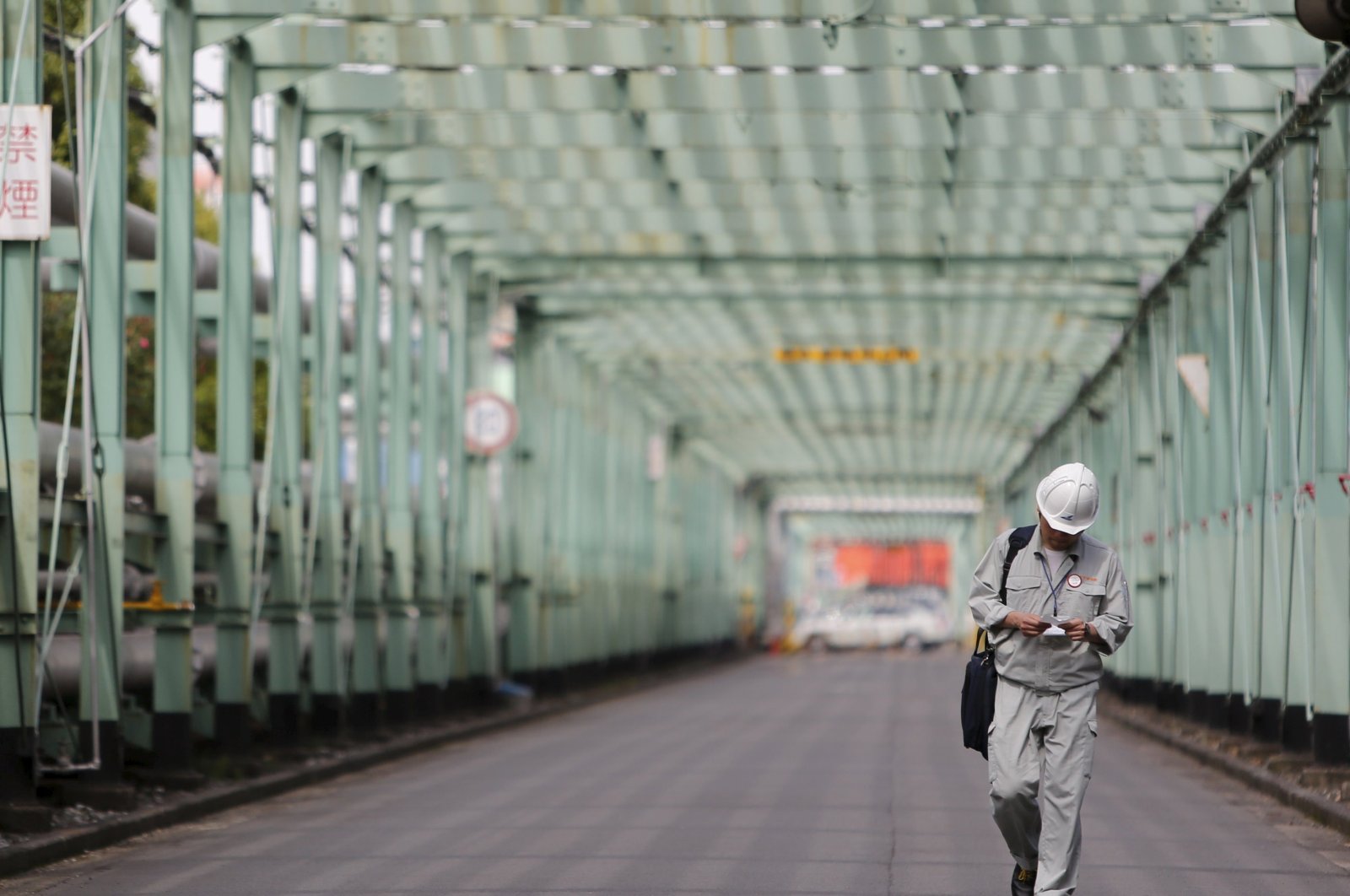 The Organization for Economic Co-operation and Development (OECD) said Thursday that the pandemic-induced global recession will not be as deep as expected due to countries' efforts to contain economic fallout from the COVID-19 pandemic, as it lowered its global economic recession forecast.

“After the initial bounce-back in many activities following the easing of confinement measures, there are some signs from high-frequency indicators and business surveys that the pace of the global recovery has lost momentum since June, particularly in many advanced economies,” the OECD said in its "Economic Outlook, Interim Report" for September 2020.

It pointed out, however, that "the economic outlook remains exceptionally uncertain, with the COVID-19 pandemic continuing to exert a substantial toll on economies and societies."

The OECD reduced its global economic contraction forecast announced as 6% in June to 4.5%. For 2021, the growth forecast was reduced from 5.2% to 5%.

The OECD lowered its contraction forecast for the Turkish economy from 4.8% this year to 2.9%, while forecasting 3.9% growth for 2021.

Turkey’s gross domestic product (GDP) in the April-June period shrank 9.9% from a year earlier after it had grown 4.4% in the previous three months. Turkey's Treasury and Finance Minister Berat Albayrak at the time said achievements in the balancing period were what helped the economy grow by 4.4% in the first quarter.

"Yet our economy shrank a less-than-forecast 9.9% in the second quarter, at a time when the pandemic gripped the global economy. In this period, Turkey was among the countries that contracted the least among the G-20 (Group of 20), the OECD and the European Union countries that reported data," Albayrak was cited as saying.

The U.S. economy is expected to contract by 3.8% in 2020, according to the OECD report, which was down from the previous forecast of 7.3%. OECD projected 4% growth for the world’s largest economy in 2021.

The U.K. is expected to be among the countries that are to post the severest contraction among OECD countries. While the 2020 shrinkage forecast for the country's economy has been reduced from 11.5% to 10.1%, it is assumed that there will be 4% growth next year.

The report stressed that all G-20 countries with the exception of China will have suffered a recession in 2020. Although a fragile recovery is expected next year in many countries, output at the end of 2021 will still be below the levels at the end of 2019, and well below what was projected before the pandemic, it said.

The contraction forecast for the Chinese economy, which was previously announced as 2.6% this year, was revised to 1.8% growth. The Chinese economy is predicted to grow by 8% next year, with a 1.2 percentage point increase.

The OECD report, which stated that there was a 15% decrease in global trade in the first half of this year, revealed that the labor market was seriously affected by the shortening of working hours, job losses and the forced closure of businesses.

“Without the rapid and effective policy support seen in all economies to reduce the impact of the COVID-19 crisis on households and companies, the contraction in production and employment would be significantly greater,” it emphasized.

OECD Chief Economist Laurence Boone, speaking during the presentation of the report, emphasized that the world is facing a severe health crisis and the most dramatic economic slowdown since World War II.

“It is not yet clear when this (health crisis and economic slowdown) will end, but there is a lot that policymakers can do to help build trust,” Boone said.

Emphasizing that governments should avoid the mistake of tightening their fiscal policy very quickly like they did after the 2008 financial crisis, Boone warned that if the government support is not continuous, corporate bankruptcies and unemployment will increase.

Drawing attention to digitalization in the economy, Boone called on governments to spend more on the “green economy.”

Meanwhile, in a separate report, the credit rating agency Moody’s said that the global manufacturing sector has made it through the worst of the crisis and is well poised for recovery, second-quarter corporate results and industry data show.

“Our outlook changes from negative to stable as forecasts point to EBITDA growth of 8% in 2021 after double-digit declines in 2020,” it said Wednesday.

The statement, which said the global manufacturing sector was "relatively resilient" considering the industry data and the second-quarter balance sheets of the companies, evaluated that the sector is ready for recovery, however, the operational environment is still full of uncertainties that may slow down or halt this recovery process.

The report noted that the outlook could be turned “negative” if demand stability and recovery do not maintain their course as expected.