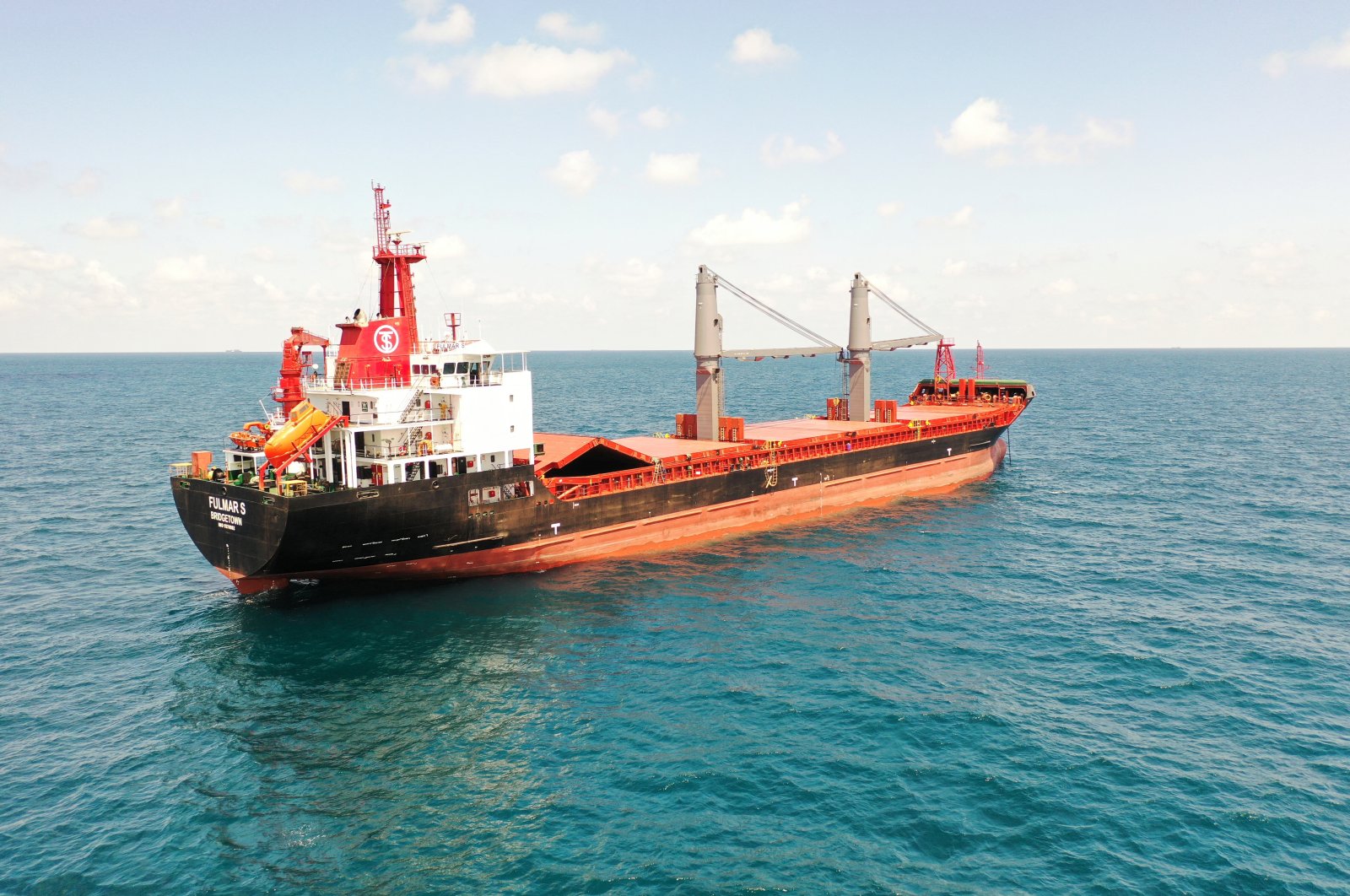 An empty merchant vessel left Istanbul for a Ukrainian port to collect grain on Friday following inspections under a Turkish-brokered grain corridor deal between Turkey, Russia, Ukraine and the United Nations.

The ship was inspected by Russian, Ukrainian, Turkish and U.N. personnel from the Joint Coordination Centre (JCC) in Istanbul, and left the northern coast of the city after an hour and half hours of inspections.

It was the first empty vessel to do so since Turkey, the U.N., Russia and Ukraine signed the deal on July 22 to reopen three Ukrainian ports – Odessa, Chernomorsk and Yuzhny – for grain export that has been stuck for months due to the ongoing Russia-Ukraine war, which is now in its sixth month.

To oversee Ukrainian grain exports, the JCC in Istanbul was officially launched on July 27, comprising representatives from Turkey, the U.N., Russia and Ukraine to enable the safe transportation by merchant ships of commercial foodstuffs and fertilizers from the three key Ukrainian Black Sea ports.

On Monday, the first ship to leave Ukraine under the agreement, Sierra Leone-flagged cargo vessel Razoni, departed from Odessa carrying over 26,500 tons of corn, got security clearance in Istanbul, and is on its way to the Lebanese port of Tripoli, its final destination.

Three more ships carrying grain and foodstuffs set out from Ukrainian ports on Friday, according to the Defense Ministry.

Prices were discounted, with roughly 20 million tonnes of grain from last year's crops still stuck in the country.

Diplomatic efforts have focused on finding a way to transport around 1.5 million tonnes of grain loaded on ships or housed in port storage and millions more in silos across the country, as well as massive volumes from the ongoing harvest.

"I think there is more optimism growing, especially with the news that the first empty ship is going to Ukraine to pick up cargo," a European trader said. A Turkish bulk carrier was expected to arrive in the Ukrainian Black Sea port of Chornomorsk on Friday.

Traders said offers included a consignment of 50,000 tonnes of Ukrainian 11.5% protein milling wheat for August shipment at $310 a tonne on a free on board (fob) basis from Chornomorsk, and another consignment of 30,000 tonnes for loading in one of the safe corridor ports at $320 a tonne fob.

Prices offered are about $10-$20 cheaper than those of Russian 11.5% milling wheat from Russian Black Sea ports.

There were roughly 70 ships stranded in Ukraine when the conflict began in February, some of which had already been loaded with grain.

Most deals to buy grain from Ukraine were canceled after the invasion, so sellers need to find new homes for the cargoes, traders said.

Ukraine's Seaport Authority earlier this week said 480,000 tonnes of wheat, vegetable oil and corn had been loaded onto ships at the three ports currently involved in the safe corridor scheme, Pivdenny, Odesa and Chornomorsk.

Another million tonnes of grain is stored in grain terminals and warehouses of Ukrainian ports, the authority said.

The vast majority of the nation's stockpiles, however, are spread across the country, with farm silos crammed full and farmers repurposing cow barns and workshops to store supplies.

Transporting them to ports may prove challenging as the war continues.

Egypt, typically the world's largest wheat importer, relies heavily on imports from the Black Sea region, and its General Authority For Supply Commodities (GASC) had around 300,000 tonnes of Ukrainian wheat booked for February and March delivery.

GASC canceled the contracts for four cargoes, totaling 240,000 tonnes, which were never loaded but a fifth loaded cargo is still expected to sail.

Traders said the cargo was inspected by Egyptian officials before the conflict began and it is not yet clear if it will be inspected again given the amount of time that has elapsed.