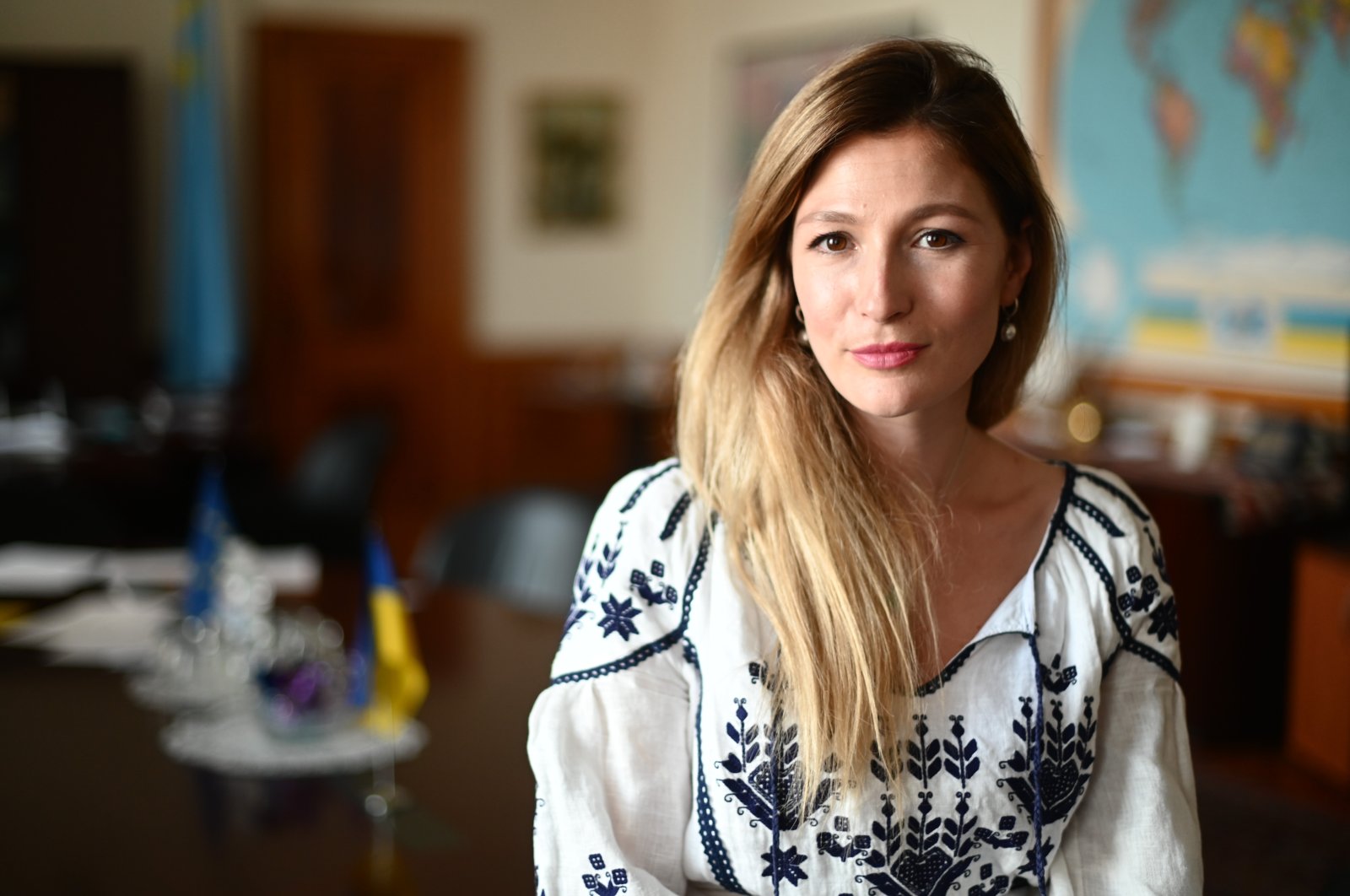 First Deputy Minister for Foreign Affairs of Ukraine Emine Dzhaparova at her office during an interview in Kyiv, Ukraine, July 27, 2020. (AA Photo)
by DAILY SABAH WITH AA Jul 27, 2020 2:43 pm
RECOMMENDED

In an interview with Anadolu Agency (AA), Ukraine's First Deputy Minister for Foreign Affairs Emine Dzhaparova said the COVID-19 pandemic could be an opportunity for both countries to revive relations, particularly in the areas of trade and defense.

Noting that Ukraine has gone through a comprehensive reform process, Dzhaparova said the government created many investment and business opportunities for the Turkish business world.

Science, tech and defense industries are key industries for the strategic partnership to grow, she said, pointing to Ukraine’s growing involvement in the production of Turkey’s domestically made unmanned aerial vehicles (UAV) and aircraft engines.

Dzhaparova added she was optimistic about the negotiations on a free trade agreement with Turkey.

She said the free trade agreement should provide comprehensive exemptions of customs duty on defense and agricultural exports.

It carries major importance for the two states as it could help boost the bilateral trade volume of nearly $10 billion (TL 68.5 billion).

The two countries' bilateral trade volume stood at $4 billion in 2018, according to the Turkish Statistical Institute (TurkStat), down from $8 billion in 2008.

"Ukraine is interested in opening up its market without any restrictions for all commodities and ready to complete the negotiation process quickly," Dzhaparova said.

In early July, Ukraine’s National Defense Minister Andriy Taran voiced their interest in Turkish-made drones, at a meeting with his Turkish counterpart Hulusi Akar in Kyiv.

The Eastern European country purchased the Bayraktar Tactical Block 2 (TB2) UAVs from Turkey last year, as part of an agreement signed between the two countries allowing for the purchase of a total of 12 UAVs.

The agreement was signed between the Ukrspetsproject Company, which is part of Ukraine’s Ukrboronprom, and Turkey’s Baykar Makina, the country's leading drone developer.