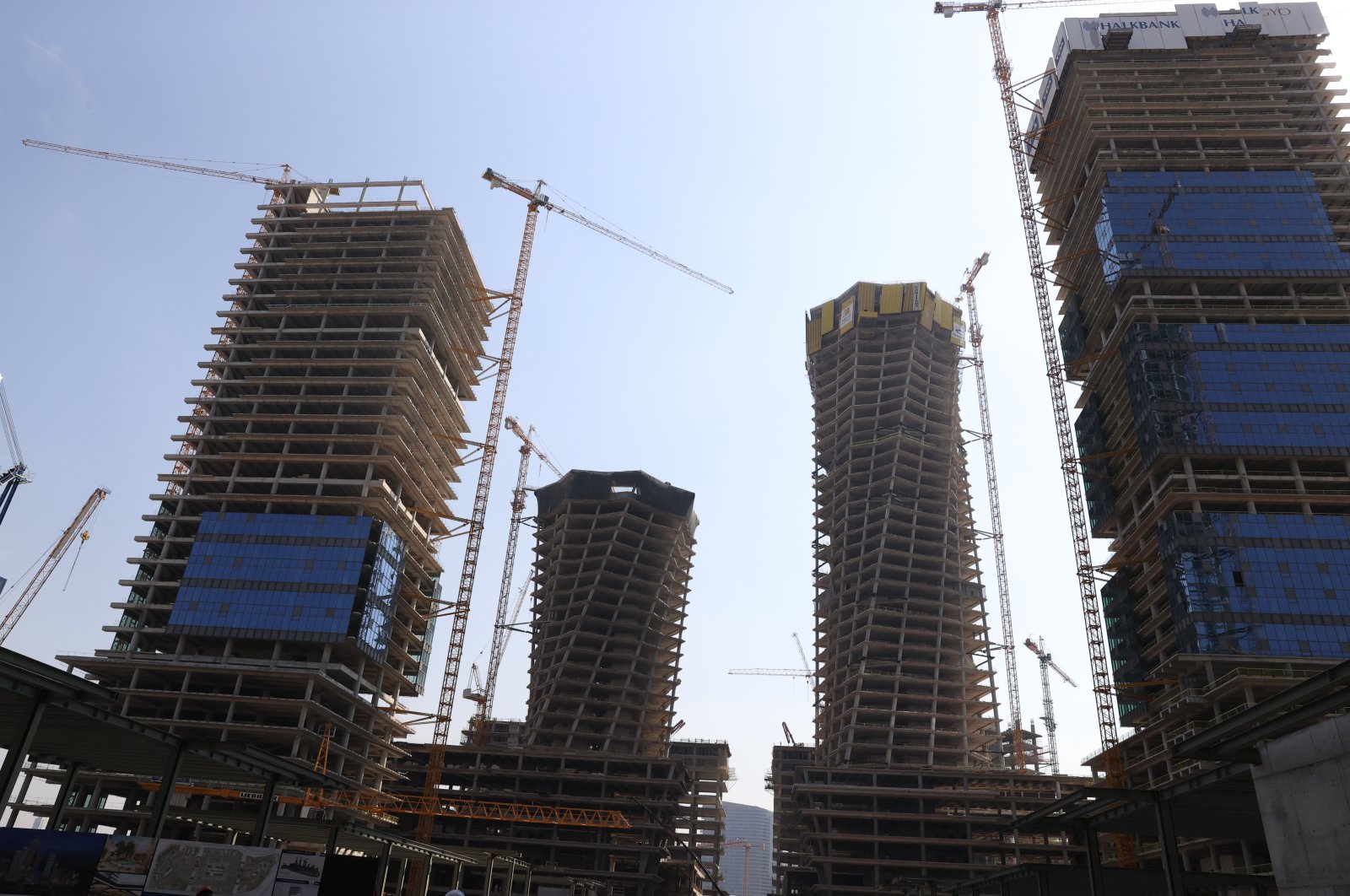 Already standing to benefit the most from a shift of supply chains and low-cost manufacturing away from hubs in Asia, Turkey – and its landmark Istanbul Finance Center project – is now said to be firmly on the radar of investors from the Gulf.

Signals come amid rapprochement and efforts to mend ties between Turkey and some Gulf states, including the United Arab Emirates (UAE) and Saudi Arabia, after a yearslong rift.

Even though its construction is still ongoing, Istanbul Finance Center is particularly said to have already drawn attention, according to Göksel Aşan, head of the presidency’s Finance Office.

A landmark project expected to be launched by the end of the first half of 2022, the center aims to become a major financial hub serving many banks, public institutions and multinational companies.

“A very important part of the Istanbul Financial Center will become operational in the middle of 2022,” Aşan said.

He suggested there will be noteworthy engagement from the Gulf countries, particularly in terms of participation financing, which he said has been of major interest during their talks held in the region.

President Recep Tayyip Erdoğan last week said the legislative work regarding the landmark project will be completed soon, stressing the goal to make it a hub for Islamic finance.

“We are seeking to become one of the important centers in the world with the Istanbul Finance Center. We want this project to become a center for Islamic finance as well," Erdoğan said.

The IFC project, which started in 2009 and is being developed in Istanbul’s Ataşehir district, has been designed to be one of the world’s major financial centers.

Aşan said the construction work will actually be roughly finished by the end of this year.

“Only the central bank building remains. It will be the most ambitious building there. We will also have made the central bank ready to move at the end of 2022. The center will be operational with a significant part of its capacity in the middle of next year. Our state-owned banks, regulatory and supervisory bodies will also be there,” he noted.

“Qatar is a natural investor. They invest serious money in real estate and other assets. And then comes the United Arab Emirates. I see these two countries ahead of other investor communities in the Gulf. There are also large investors in Saudi Arabia and a large investment appetite,” Dajani told the Sabah newspaper.

He said there may be direct acquisitions in the tourism and service sectors, also suggesting potential partnerships in industry and technology.

“I see Turkey as a bull market that will go up. Foreign interest is quite high, particularly regarding real estate, financial technology, information technology, agriculture, manufacturing, industry, health, education, banking and finance sectors. We are working on six or seven important projects,” he noted.

The disruptions to the global economy during the pandemic have upset supply chains across continents, leaving the world short of a plethora of goods and services from car parts and microchips to container vessels that transport goods across the seas.

“As a matter of fact, Istanbul is the center of attention for all these regions. We are taking positive feedback from our negotiations. We foresee that the regional centers of large international companies and financial institutions located in different financial centers will be relocated to Istanbul,” he suggested.

“These organizations have regional centers. Dubai is one of these important centers. We also see the possibility that there will be some shift from there to Istanbul.”