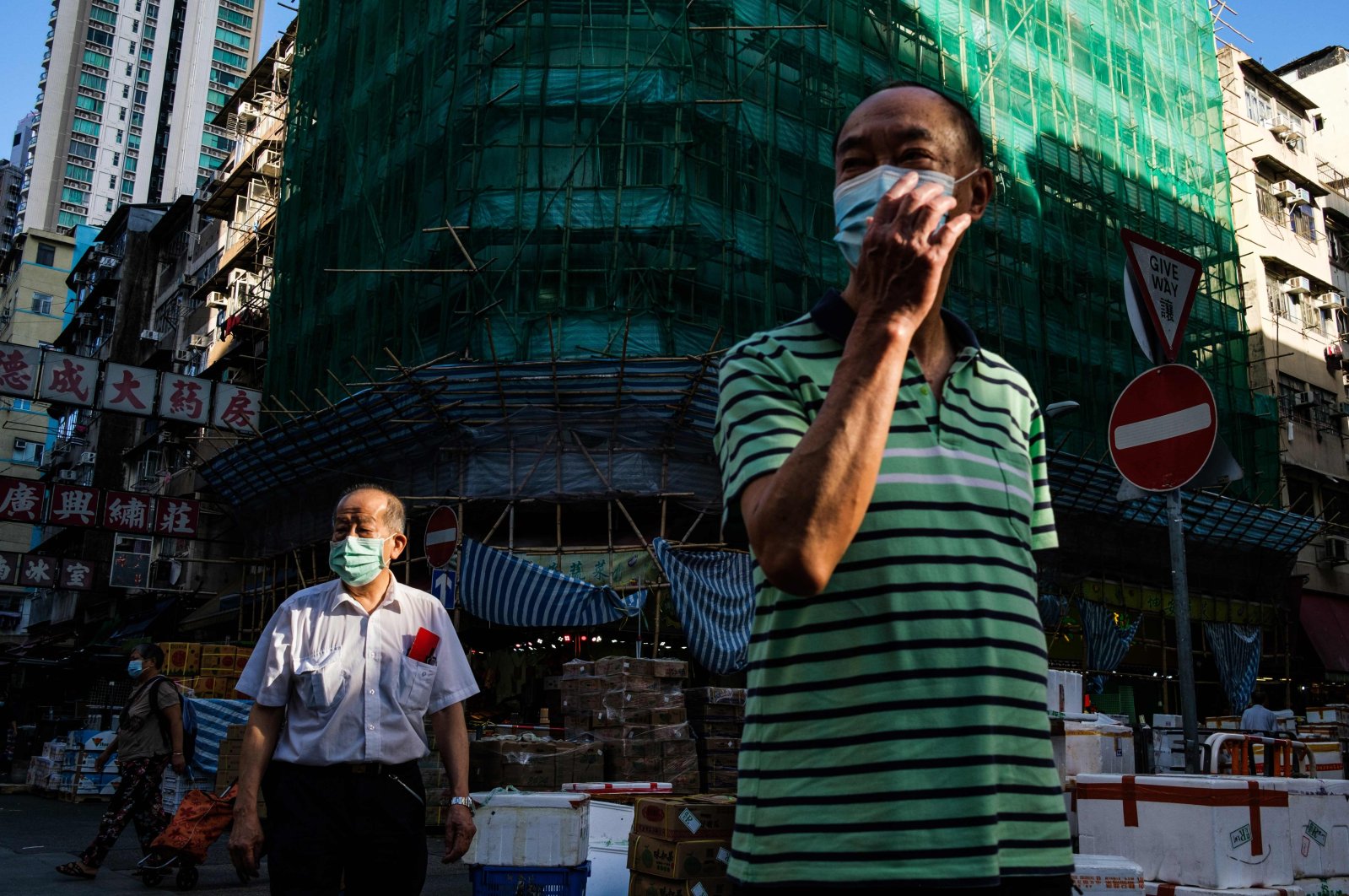 Hong Kong is on the verge of a "large-scale" coronavirus outbreak that could overwhelm hospitals, its leader warned Wednesday, as authorities implemented their toughest social distancing measures yet in a new blow for the economy.

From Wednesday all residents in the densely packed city of 7.5 million must wear masks when they leave their homes while restaurants can only serve takeout meals.

No more than two people from different households can gather in public, with fines of up to HK$5,000 ($625) for those who breach the new emergency rules.

The latest measures pile fresh misery on a finance hub that was already mired in recession before the pandemic began thanks to the U.S.-China trade war and political unrest last year.

Figures released Wednesday showed the city's economy shrank by 9% year-on-year in the second quarter – the fourth contraction in a row.

As the pandemic took hold in the first quarter of 2020, Hong Kong's economy shrank 9.1% year-on-year, the worst fall on record.

The tough new social distancing rules are a bid to reverse a sudden spike in coronavirus cases that has upended the city's otherwise enviable battle against the deadly disease.

More than 1,000 infections have been confirmed since early July – more than 40% of the total since the virus first hit the city in late January.

New daily infections have been above 100 for the last eight days.

Although Hong Kong still has relatively few cases, currently all those who test positive are treated in isolation wards, which are fast filling up.

"We are on the verge of a large-scale community outbreak, which may lead to a collapse of our hospital system and cost lives, especially of the elderly," Chief Executive Carrie Lam said in a statement released Wednesday to coincide with the new measures.

"In order to protect our loved ones, our health care staff and Hong Kong, I appeal to you to follow strictly the social distancing measures and stay at home as far as possible," she added.

During their lunch break Wednesday, many residents were eating takeaway meals outside in the intense summer heat and humidity.

"It's so hot outside now," a construction worker, who gave his surname as Chow, told Agence France-Presse (AFP) as he tucked into a pork chop in an alcove outside a department store.

"Ten minutes after I start work, my shirt is all sweaty," he said, adding he missed the air conditioning of restaurants.

Hong Kong has some of the world's smallest and most expensive apartments. Some residents barely have a kitchen to cook in, making them hugely reliant on cheap eateries.

From success to sudden surge

The finance hub was one of the first places hit by the coronavirus when it emerged from China at the start of the year.

It initially had remarkable success in controlling the outbreak – helped in part by a health-conscious public embracing face masks and an efficient track and trace program, forged in the fires of the deadly SARS outbreak in 2003.

By June, local transmission had all but ended.

But the virus later sneaked back into the city and began spreading.

Health officials have been scrambling to uncover the source of the latest outbreak.

Some have blamed exemptions from the usual 14-day quarantine that the government granted to "essential personnel," including cross-boundary truckers, air and sea crew and some manufacturing executives.

The government has since tightened restrictions for some of those groups.

Gladys Chan, who was taking her lunch break, said she felt the government had not done enough to monitor those with exemptions.

"I think the government has failed us, especially with this third wave of the pandemic," she told AFP, adding the latest measures were "too little, too late."