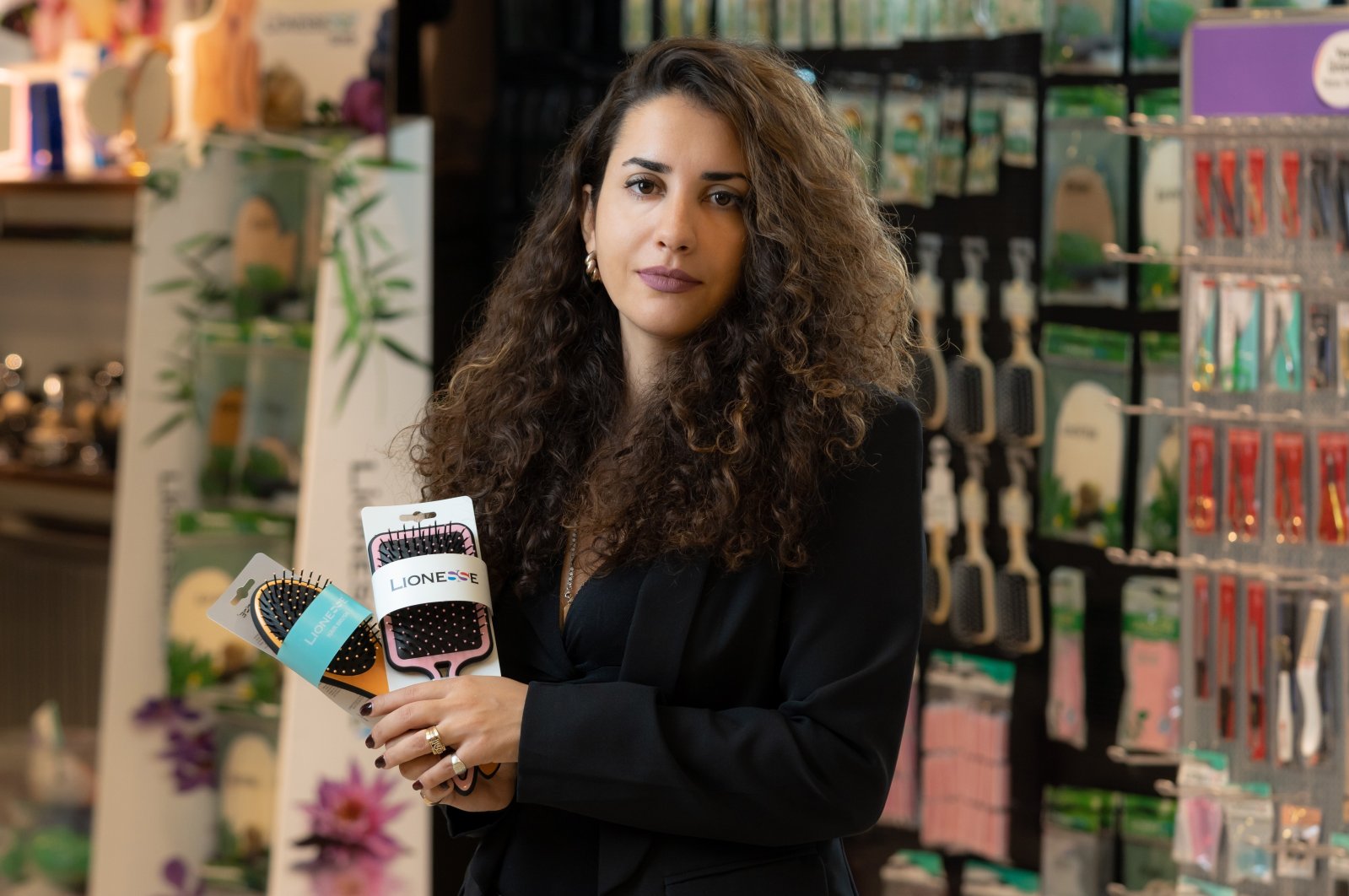 A beautiful, confident woman, that’s what she is. Lara Eram is a sales and business development manager at Tarko Kozmetik, the oldest Istanbul Chamber of Commerce (ITO) registered cosmetics company in Turkey.

Since the coronavirus pandemic prevented us from doing the interview over coffee, we caught up with Lara online.

Lara inherited the family brand, which she has kept growing amid the pandemic when many businesses have struggled to survive and change strategies.

However, the country's oldest cosmetics brand is familiar with struggle as it was built during the economic crisis triggered by World War II.

Eram explained that the brand was founded on Yalı Köşkü Avenue in the historic district of Karaköy on Istanbul's European side in 1946 by the Taranto family, a prominent Jewish family in the country's business circles.

Commenting on the environment in which the brand was born, Eram said 1946 was a risky year to launch a brand due to the depression and recession caused by the war.

Dubbed the first large-scale devaluation year in Turkey, 1946 presented particular risks to the Tarko company and its products since it imported all of its raw materials back then.

But things turned out well for the company that is now exporting to 35 countries worldwide and is a dealership owner in several locations.

Tarko Kozmetik has many brands under its umbrella, including Lionesse, HYDRA, Solingen, ARTNET, Redqueen, OMEGA and Kieper as well as main dealerships in countries such as Kosovo, Georgia, Vietnam, Palestine and Macedonia.

In 2020, it signed a special agreement with Djibouti in which it acquired the distribution rights to the Lionesse brand, expanding into the East African market.

Picking up from where she left off, Eram explained that the Taranto family was on good terms with Le Galion perfume company in France. The family initially imported French perfume before deciding to manufacture their own in Turkey as a "private label firm."

The Istanbul-based family business and Le Galion parted ways when the French firm was acquired by an American company; however, it marked the beginning of a new chapter for the perfume, cosmetics and accessories sector.

On the company's staying power, Eram noted that any business that is still around from 1946 has experienced various crises and those who are staying the course and growing are doing something important.

“Today, there are many firms that had to shut their doors in three to four years. It is necessary to explain the economic side of the term "sustainability," which is the popular discourse of today, by examining the companies for 50 years or more.”

She said that Tarko Kozmetik has always resolved the problems it has encountered internally and that nothing was ever “reflected on the costumers, consumers or any other third parties,” adding that the company has continued to grow without ever losing its spirit of sincerity from when it was just an atelier in Karaköy.

The almost 70-year-old cosmetics company has a distinguished place in the local market, as Eram says, and that its Lionesse and Solingen brands can be seen almost everywhere.

“We define our brands as less glowing but reassuring,” she said, noting: “Due to its traditional structure, brand awareness and marketing efforts are less; however, every individual in different generations in a family has used a product belonging to either Solingen or Lionesse.”

“We are the leader among domestic brands in the field of accessories, and we are among the first choices of customers especially in provinces outside of Istanbul,” Eram added.

It is important to pay attention to customers' preferences in order to determine strategy changes, if they are to be made, for the future of the brand at a time when many companies are pivoting due to the ambiguous atmosphere and financial crisis induced by the pandemic. At the very least, the outbreak forced businesses unfamiliar with the digital world to become acquainted, leaving the undigitized to close up shop.

Eram highlighted that they had a hard time departing from their traditional approach to marketing but in 2021, the company is set to benefit from its digitalization, reaching previously inaccessible markets.

“We aim for our brand users to have the most up-to-date information about the products,” she added. The company currently has an 88% domestic market and 12% export share.

Now headquartered in Istanbul’s Şişli, Tarko products are available at supermarkets, pharmacies and personal care stores across 81 provinces in Turkey. The company has a product range of over 1,200 personal care, cosmetic and hair products, selling an average of 750,000 units monthly.

Having grown 25% in 2020 despite the pandemic, Eram noted that by preserving the trend, its estimated growth target is 17% for the year-end.

The 100% domestic capital company has the highest market volume among its competitors and works with all retail chains in the country, including discount retailer giants BIM, ŞOK, Migros and FILE as well as Gratis and Watsons, making it accessible to almost all potential customers countrywide. It also offers special products for LC Waikiki, one of Turkey's major clothing retailers and Miniso Turkey.