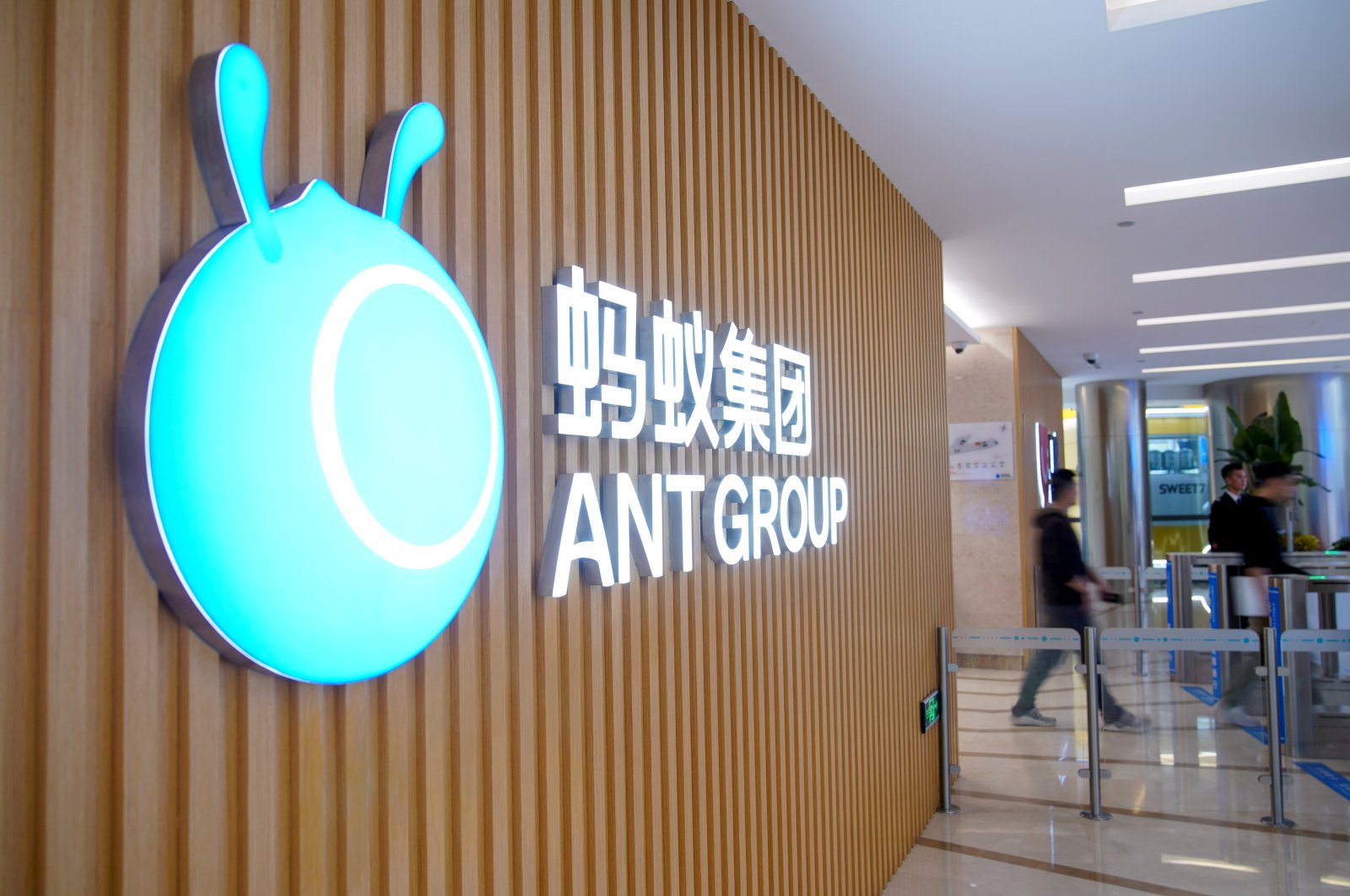 Management of the Shanghai stock exchange on Tuesday cited regulatory changes in Ant's industry and a possible failure to meet disclosure requirements, but it offered no details. The Hong Kong exchange followed suit several minutes later.

The suspension comes after a Monday meeting between regulators and company executives, including Ant founder Jack Ma, China’s richest entrepreneur.

U.S. shares of Alibaba, which was spun off Ant Group, tumbled more than 8% Tuesday at the opening bell, matching the company's largest percentage decline since its first day of trading on the New York Stock Exchange.

In a joint statement, the Chinese central bank, securities regulator and other agencies said Monday they had “regulatory interviews” with Ma, Ant Group Chairperson Eric Jing and President Hu Xiaoming.

Neither side disclosed details of the meeting.

“Views regarding the health and stability of the financial sector were exchanged,” Ant Group said in a prepared statement. The company said it was “committed to implementing the meeting opinions” but gave no details of what instructions the executives received.

“We will continue to improve our capabilities to provide inclusive services and promote economic development to improve the lives of ordinary citizens,” the company said.

"This is a curveball that has been thrown at us ... I don't know what to say," a banker working on the IPO told Reuters.

"Either this is something that requires short-term clarification through an announcement and/or supplemental prospectus and investors could be asked to reconfirm their orders, generally not many do so, when something like this happens. Or the deal will simply be pulled and delayed for a period time, pending resolution of the issues,” Philippe Espinasse, capital markets consultant and former investment banker, told Reuters.

"This a significant blow or development for both for the company and other potential fintech issuers in Hong Kong and mainland China," Espinasse stressed.

The market debut of Ant, spun off from Ma’s e-commerce company Alibaba Group, highlighted the rebound of China, the first major economy to return to growth after the coronavirus pandemic began last December.

The decision to go public simultaneously on exchanges in both Shanghai and Hong Kong reflected the evolving nature of China’s fast-growing financial markets and their relationship to the country’s fledgling corporate giants such as Ant and Alibaba.

Mainland markets are off-limits to most foreign investors and until recently were used mostly to raise money for state-owned industry. Private sector companies and those that wanted access to foreign investors sold shares in Hong Kong, New York or other offshore centers. Alibaba went public in New York rather than on a mainland exchange.

More recently, the ruling Communist Party has been encouraging the use of mainland markets to raise money for private sector companies that generate most of China’s jobs and wealth and to give Chinese investors a chance to profit from their growth.

Companies such as Ant also go to Hong Kong and other offshore markets to raise money from foreign investors.

Ant’s earlier announcement of its plan cited “innovative measures” in Shanghai and Hong Kong, which created separate trading boards for tech stocks. It said “leading-edge technology companies” would have “greater access to the capital markets.”

Ma founded e-commerce giant Alibaba in 1999 to help match Chinese wholesalers with foreign retailers. Alipay was created to facilitate payments in an economy where few people had credit cards.

Alibaba owns a third of Ant Group and spun off Alipay in 2011. The company was later rebranded as Ant as the company branched into lending and other financial services.

Ant Group's shares were due to begin trade in Hong Kong and Shanghai on Thursday after it raised at least $34.5 billion. Retail investors in Shanghai placed bids for nearly $3 trillion worth of shares.

The company has come under increased scrutiny and tighter regulation as it expanded the range of financial technology services it offers. Among the new regulations are caps on the use of asset-backed securities to fund consumer loans, new capital and licensing requirements and caps on lending rates.

On Monday, the central bank raised the registered capital requirement for lenders such as Ant to a minimum of 5 billion yuan ($747 million).