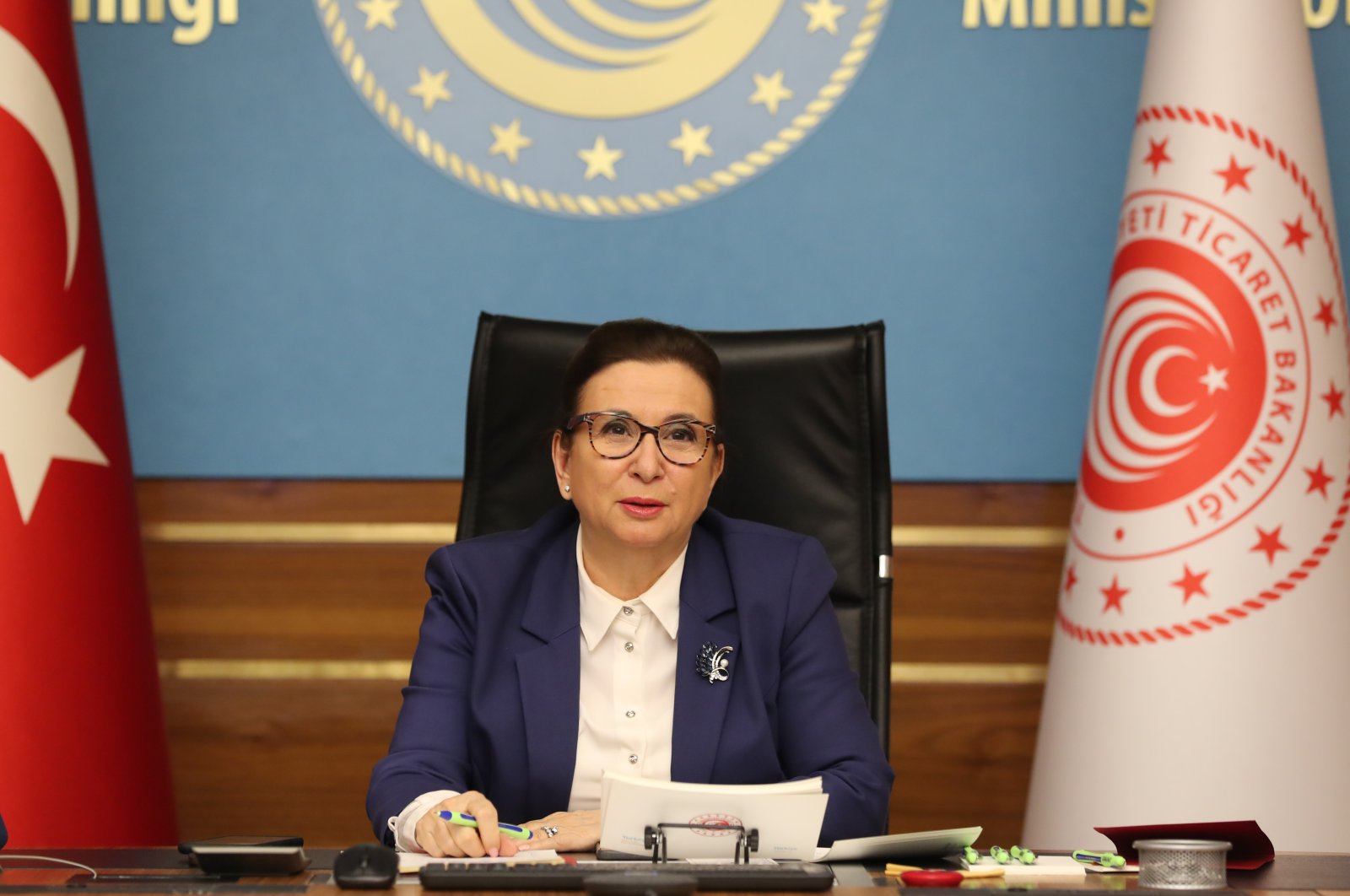 Trade Minister Ruhsar Pekcan speaks during the virtual meeting held with the Union of Chambers and Commodity Exchanges of Turkey, Friday, May 1, 2020. (AA Photo)
by DAILY SABAH WITH AA
May 01, 2020 2:17 pm

Turkey will prioritize investments in food, health and digitalization in the coming period, the country’s trade minister said Friday.

The importance of digitalization has been understood once again amid the fight against the coronavirus pandemic, Trade Minister Ruhsar Pekcan said at the virtual meeting held with the Union of Chambers and Commodity Exchanges of Turkey (TOBB).

"Investments in the field of digitalization and technology are at least as important as food for both Turkey and the world," Pekcan said. “Investments we will be making in food, health and digitalization will be the priority in the coming period,” the trade minister added.

Pekcan also said the ministry has initiated virtual trade platforms and digital marketing methods such as virtual trade delegations, fairs and e-marketplaces amid the coronavirus pandemic.

"We will start with the chemical industry, then we will carry out our trade delegations with the U.S., Mexico, Poland in the non-ferrous metals, household goods and plastics sectors," she explained.

The first virtual fair implementation will be in the agriculture sector, Pekcan stressed. Underlining the coordination between Turkish ministries, public institutions and organizations, the minister said the "complete solidarity" of the state and the nation will continue.

Pointing to contactless trade measures the ministry implemented to mitigate the impact of the pandemic, she said: "Railway transportation shined in trade during this period. From now on we must use the railway more effectively."

In March, Turkey closed its border gates with neighboring countries, including Iran and Iraq, and a number of no-contact foreign trade studies were put in place to maintain foreign trade.