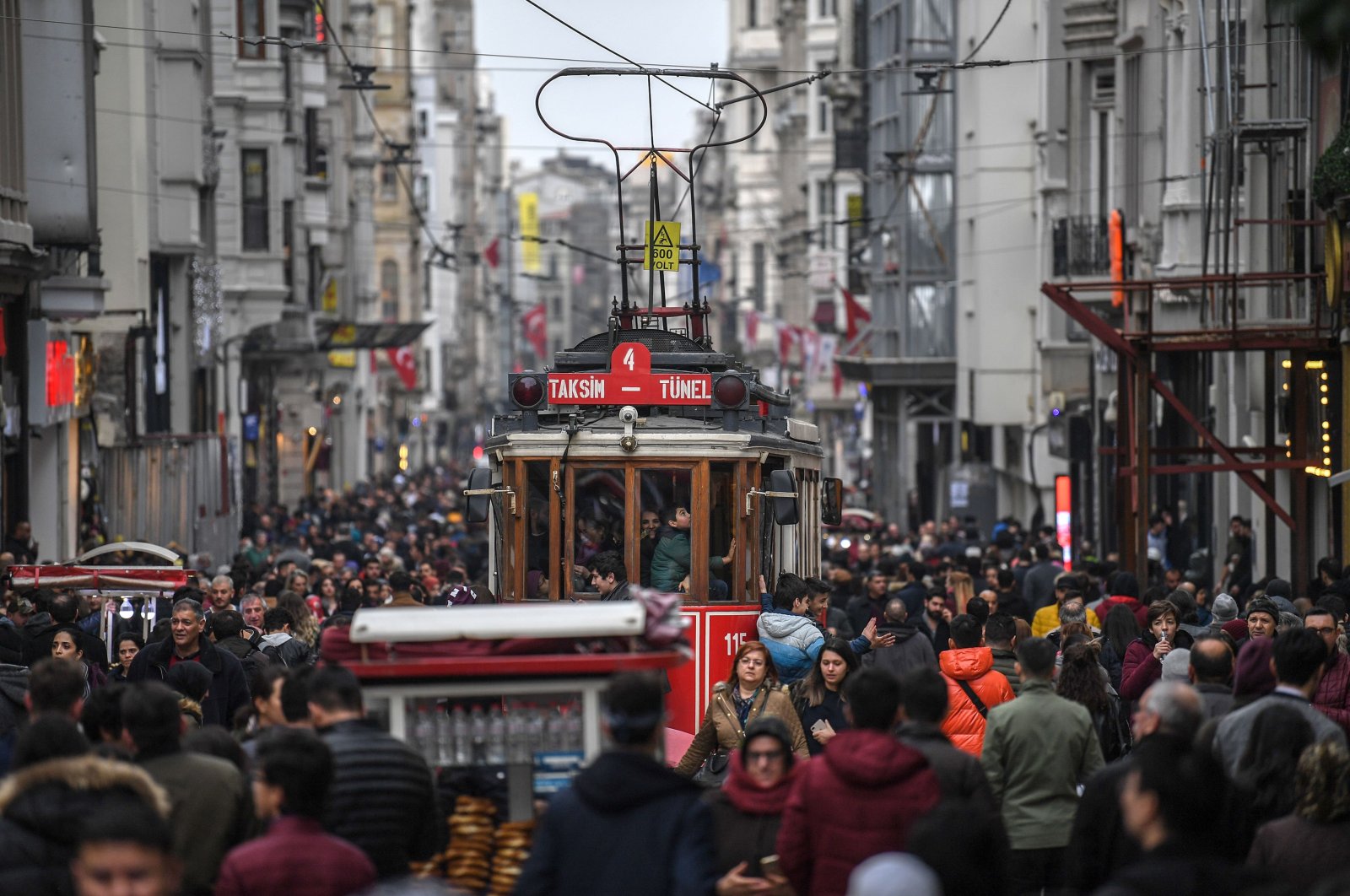 Business on the most famous and busiest avenues in Istanbul seems to be back on track after suffering a series of setbacks with an increase in pedestrian traffic and a noteworthy bump in retail space rentals, a report by one of the leading real estate consulting companies revealed.

Rental transactions on İstiklal and Nişantaşı avenues on Istanbul’s European side and Bağdat Avenue on its Asian side have been increasing over the last two years. There were 112 rental transactions in 2019 with another 139 in 2018, up from 109 in 2017 and 105 in 2016, the sixth edition of Cushman & Wakefield’s report on Istanbul’s top avenues showed Friday.

In addition to the expectation that domestic and foreign retail demand will increase in the coming periods, the gradual decrease in urban renewal works and lowering security concerns compared with previous years indicates that İstiklal Avenue will catch its former popularity in the medium-term, the report said.

Pedestrian traffic on İstiklal, which remains one of the most crowded streets in Istanbul, rose considerably in 2019. Due to above average weather conditions, pedestrian traffic on the street is reported to have soared by 50% on weekdays and doubled during the weekend.

Growing demand in the food and beverage sector led to an increase in the number of restaurants and bars operating on the avenue last year. The accessories and cosmetics categories also expanded. Meanwhile, the vacancy rate trended downward last year. A total of 28 stores were rented in 2019, while the number of vacant stores shrank to 11.

In addition, the completion of the Atatürk Cultural Center project in the medium-term will contribute to the increasing attraction of İstiklal Avenue and its surrounding areas.

According to the report, the number of retailers remained consistent year-over-year in 2019 at 341 on Bağdat Street, Istanbul's longest and the most popular shopping street on its Anatolian side. Urban renewal projects showed a slight increase, from 42 in 2018 to 44 in 2019.

Vacancy rates on the street also declined in 2019, continuing a three-year fall, due to the leap in pedestrian traffic, which was also boosted by good weather conditions. The estimated number of weekday visitors on Bağdat Street shot up 2.5 times over the previous year, while weekends marked a 26% increase in foot traffic.

The food and beverage sector has also positively impacted Bağdat Street, boosting a surge in the number of locations in the category. Other noteworthy retail categories include accessories, cosmetics, household goods and decorations, while the clothing and footwear sectors have failed to maintain the previous year's momentum, experiencing a slight decline. Overall, the number of stores on the street stayed consistent between 2019 and 2018.

Bağdat Street has 35 luxury brand locations, while the number of international stores increased to 64 from 60. This slight improvement is a positive signal that growth will continue.

The report also emphasized a surge in pedestrian traffic on Nişantaşı Avenue, famous for being a shopping hub for tourists. Weekday traffic increased 50%, while the rise during weekends hit 75%.

The report revealed the shoe and clothing categories had the largest increase in volume of stores. Experiencing a slight decrease were the cosmetic and accessories categories. The three-year trend of vacant store decline continued in 2019. The avenue’s restaurants and coffee shops remain as the top destinations for pedestrian traffic.

“Even so, considering the transformation of İstiklal Avenue in the last four years, there is a visible recovery this year, which also signals that the avenue will regain its popularity in the middle-term,” he said.

Gönden added that statistics regarding Bağdat and Nışantaşı avenues are also promising. “Now, we have fewer international brands leaving Turkey. The decrease in the number of empty stores on the three avenues is seen as an important factor of the recovery,” he concluded.