Italy wants to reopen but businesses ask: where's the money? 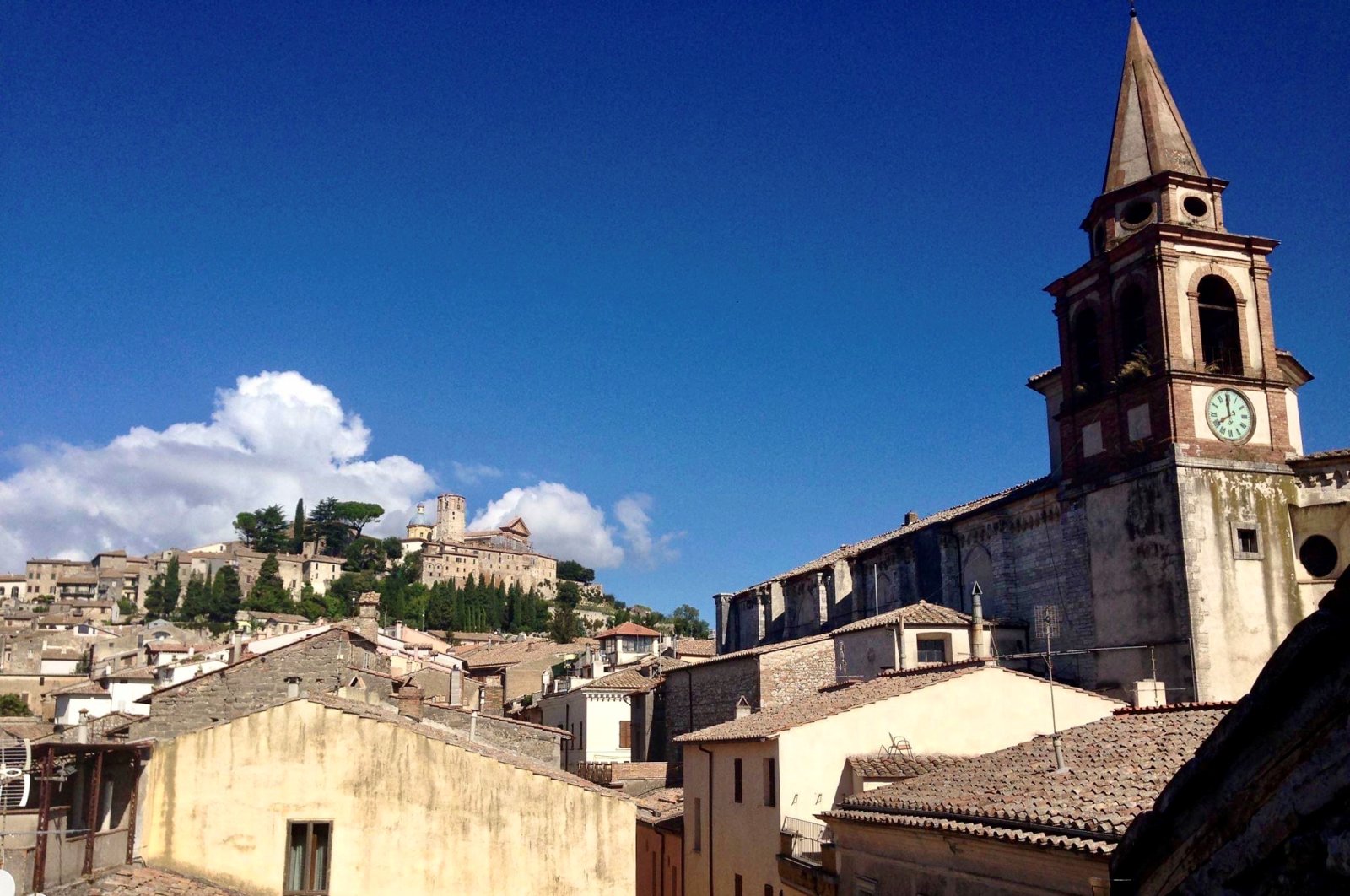 A view of the tiled roofs of Amelia, the small town in Italy's central Umbria region where Roberto Ferraro used to bake his cakes before the coronavirus outbreak shut down his pastry shop, is seen in this undated handout photo. (Reuters Photo)
by REUTERS Apr 28, 2020 12:12 pm

When the COVID-19 pandemic forced Roberto Ferraro to shut the patisserie he runs in Amelia, a scenic hilltop town in central Italy, he had just rented out a new site to increase production of ice cream and start selling it abroad.

Ferraro would like to be preparing his business to reopen in the weeks to come, working out how to secure supplies and ensure social distancing among customers. Instead, the 51-year-old is devoting his time and energy to wading through the pile of documents he must file with banks to tap state-guaranteed loans.

His struggles are just one example of how red tape is holding up the state aid needed to keep companies afloat in the euro zone's third-largest economy and a country that has suffered Europe's deadliest coronavirus outbreak.

"When can I get the money? The banks don't know. It depends – days, weeks, they don't know," Ferraro said. "In March we paid electricity bills and wages even though the government had closed us down and, unlike supermarkets, we couldn't sell Easter cakes."

Rome's problems getting money to businesses are reflected, to a greater or lesser degree, in other countries under coronavirus restrictions around the world, from the United Kingdom to the United States.

Italy, the first Western nation to shut down, is now in the vanguard of moves to cautiously reopen its economy. From May 4, shops like Ferraro's can provide takeaways, and they will fully restart from June 1.

But the aid deployment figures so far are worrying for business leaders and politicians alike.

The government says debt guarantees made available by the state can unlock up to 740 billion euros ($803 billion) in funding for businesses which have been crippled by a seven-week lockdown.

So far just 3.1 billion euros in funds have been released, the Treasury said the past weekend. Of that, only 115 million euros are in the form of loans worth up to 25,000 euros fully secured by the state, which do not require banks to perform credit analyses on borrowers.

The financial stakes are higher for Italy than many others in Europe because its economy was faltering even before COVID-19, and the pandemic hit hardest in the northern industrial heartlands that generate a third of its output.

If loan lifelines arrive too late for the 2.1 million firms which have been unable to operate, Rome will likely fail to prevent a raft of bankruptcies despite aid spending which is set to push public debt to 156% of GDP this year, economists say.

"One of the most controversial aspects of the measures is the impression the government gave that the money was just sitting there and all people had to do was turn up at their bank," said Salvo Politino, deputy president of business lobby Unimpresa.

Economy Minister Roberto Gualtieri has rebuffed criticism over the liquidity measures, saying they are immediately effective and provide "impressive firepower."

Before the pandemic, the popularity of Ferraro's rum-soaked "baba" cake whose secrets he had learned in his native Naples, had allowed his business to expand without any bank debt in the five years since he opened.

He is now applying for two different types of state-guaranteed loans, including a fully-guaranteed one.

The rollout for such loans started last week, triggering a flood of complaints about bureaucracy and prompting banking lobby ABI to tell lenders to stop demanding unnecessary documents and to not ask borrowers to repay existing debts with the new loans.

That represents a big cultural shift for an industry that has spent most of the past decade sweeping balance sheets clean of unpaid loans after coming under fire from supervisors for lending too freely.

Ferraro, who declined to say how much he was seeking, said both banks he applied to had asked for his earnings statements for 2019 and 2018, which are not required under the government's decree.

His experience echoes those of other businesses struggling to survive as Italy's economy sinks into its fourth recession in a decade, with an expected 8% contraction this year.

Mara Bartolini, 42, the owner of a gift store in Cremona, in the northern Lombardy region which has borne the brunt of the outbreak, said her bank had told her it may take two to four weeks to get the fully-guaranteed loan.

At the other end of Italy's boot, Michele Mandala has also been told to wait a month for the money he needs because he does not expect to be able to reopen his cinema theater in the Sicilian town of Caltanissetta until after the summer.

Bank officials say they simply cannot cope with the workload after being hit by debt moratorium requests, which the Bank of Italy says amount so far to 1.3 million for more than 140 billion euros in loans.

The government fund that provides some of the guarantees on loans has advised banks to upload requests in bulk at nighttime, when online traffic slows.

Banks must assess creditworthiness, as they bear part of the risk, yet the COVID-19 crisis makes it hard to gauge the ability of borrowers to repay their debt.

Lenders say they face legal risk under Italian law because they can be held liable for credit abuse or aiding bankruptcy if a debtor defaults.

"The problem is that only drops are coming out of the government's liquidity tap," said Roberto Sambuco, a partner at leading financial advisory firm Vitale&Co.

Besides the 100% guarantee on the smaller loans, Italy provides a 90% guarantee on up to 800,000 euros, which can rise to 100% with co-insurance schemes. It guarantees between 70% and 90% of larger loans, depending on the size of the company.

Sambuco said the government had to modify the package to make the process more direct, like it is in France, the United States or in Switzerland where loans of up to 500,000 Swiss francs ($514,000) are fully guaranteed.

"The risk that tens of thousands of firms may just die of thirst is significant. The situation is much more serious than measures put in place by the government can remedy."

The ABI is, meanwhile, calling for a legal shield from prosecution at least for loans worth up to 100,000 euros.

In a study by three of its economists, the Bank of Italy said direct state transfers, without an obligation for companies to pay them back, would be necessary.

The U.S. government is offering loans that can be forgiven if most of the money is used for payroll costs. Italy has also said it plans to introduce them but its public finances, already stretched to the limit, leave little room for maneuver.

EU leaders agreed on Thursday to build a trillion-euro emergency fund to help the bloc recover from the pandemic but postponed any decision on divisive details until the summer.

Their jockeying is a world away from Ferraro in Amelia who, like many other businesses, faces having to take on loans with little idea of how the economy will fare.

"I'm venturing abroad, but those who are betting on Italy getting back on its feet, how are they going to repay all this debt two years from now if that recovery is nowhere to be seen?"