'It'll be carnage': Many predict chaos for British firms when life after Brexit begins 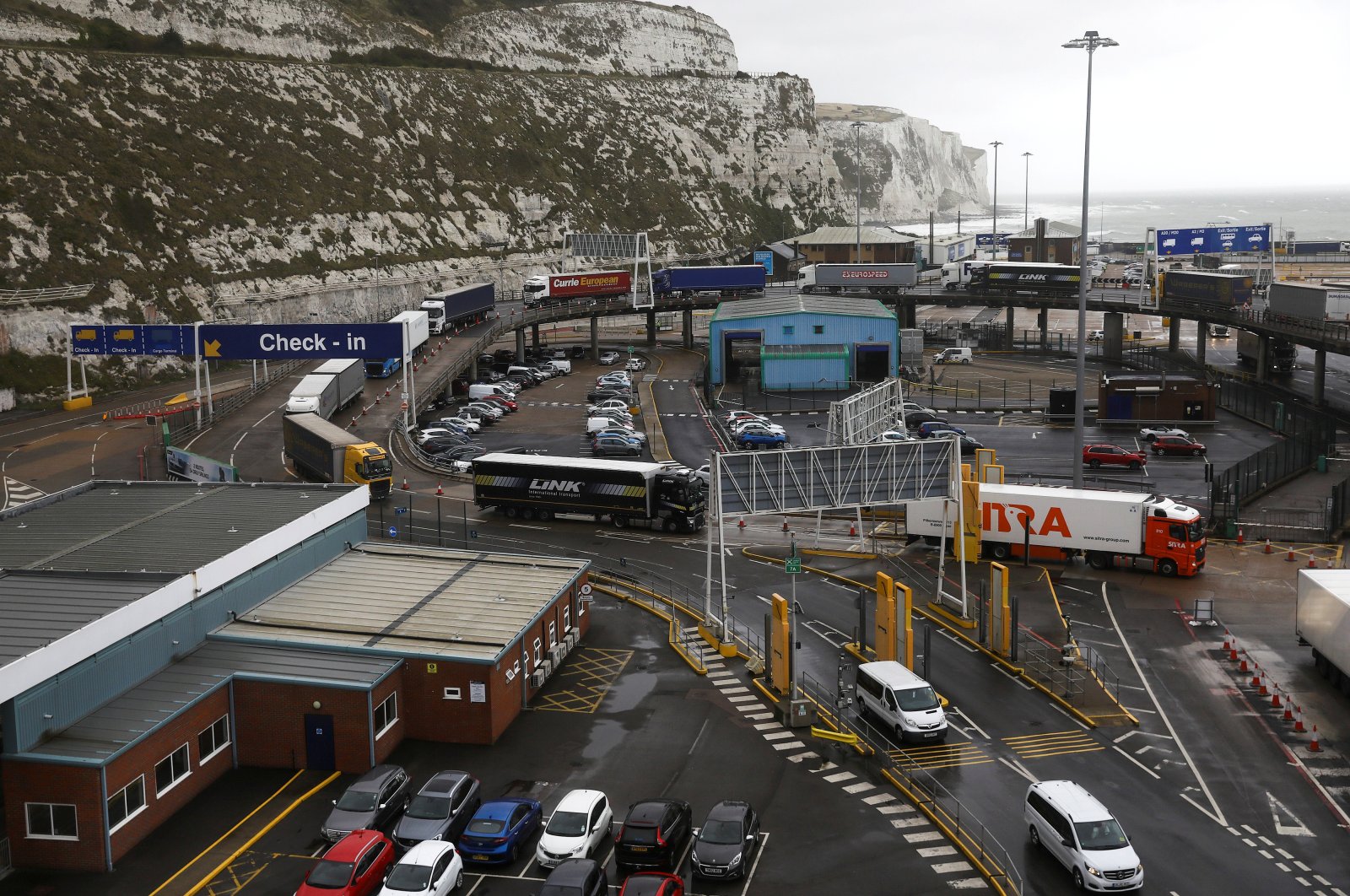 Deal or no deal, British companies will have to confront a wall of bureaucracy that threatens chaos at the border if they want to sell into the world's biggest trading bloc when life after Brexit begins on Jan. 1.

When Britain casts off from the European Union, firms that drive nearly $1 trillion in annual trade will have to navigate myriad new rules and red tape that will increase costs just as COVID-19 bleeds the economies of the West.

Outside the EU single market where trade flows freely, Britain's exporters will have to complete a raft of paperwork including customs and safety declarations and navigate multiple IT systems to gain entry to Europe.

But with a matter of weeks to go, companies used to trading as easily to Berlin as to Birmingham are yet to see the new IT systems.

Customs brokers have not been trained, operators do not know what information is required nor how the rules will be enforced.

Many have predicted chaos. Even the government has said 7,000 trucks could be held in 100-kilometer (62-mile) queues in Kent in southeast England if companies do not prepare.

"It's going to be carnage," Tony Shally, managing director of freight specialist Espace Europe, told Reuters. "We'll be fire-fighting from the 1st of January."

The current row over whether Britain leaves the EU with or without a deal has helped mask the fact that the deal on offer represents the biggest change to U.K. trade since the formation of the single market in 1993.

Outside the bloc, companies will have to complete paperwork and submit goods for random checks to cross borders, increasing both the cost and time it takes to do business.

In 2019 Britain, the world's sixth-largest economy, imported EU goods worth 253 billion pounds ($331 billion) and exported 138 billion pounds-worth to the bloc, when removing goods like oil and gold which distort trade flows.

To keep goods moving after Brexit, the government has published a new 271-page Border Operating Model, covering everything from the trade of rough diamonds to molluscs, chemicals and cultural goods.

A step-by-step guide on one of the main customs clearance sites gives a flavor of what traders can expect.

Points 12 to 15 state that "A Movement Reference Number" is generated by a "Transit Accompanying Document" and "Exit Summary Declaration" and should be lodged with the "Goods Vehicle Movement Service."

This then generates a "Goods Movement Reference" which is given to the driver, before a "Kent Access Permit" is secured to enter the county of Kent. Point 16 notes that anyone arriving in France without the correct documents could be sent back.

Customs brokers say the cost of paperwork could exceed the cost of moving small consignments. Completing a typical export declaration can require more than 50 pieces of information on transport, commodity codes and value.

The logistics industry estimates an additional 215 million customs declarations will need to be filled in each year after Brexit.

'How do you test the system?'

While disruption is expected in early 2021, British companies could be ousted from the complex manufacturing supply chains which stretch across Europe if that persists.

Customs adviser Anna Jerzewska said every potential delay adds up when trying to predict delivery times for operators of trucks and their drivers, known as hauliers in Britain.

"If you can get your goods elsewhere, why would you not?" she asked. "Why would you continue trading with the U.K. if you can get something for the same price elsewhere without the hassle and the uncertainty."

Richard Burnett, head of Britain's Road Haulage Association (RHA), said industry faced a colossal challenge, with even some large companies in Britain and Europe not yet prepared.

One senior director at a big British supermarket said he did not know whether he could keep his trucks rolling. "If it's fresh food, if you lose a day and you lose the sequence, the whole thing falls over," he said, declining to be named.

The RHA's Burnett warned that many European drivers would simply stop coming to Britain if they risk sitting for days in queues. With European-registered trucks making the vast majority of EU-U.K. crossings, that would hit capacity and prices.

"There is an enormous amount of work still to do," he told Reuters. "But how do you test the systems, and train people on them, when we haven't seen them yet?"

'Who's responsible for what?'

A September survey of U.K. freight forwarders – firms that arrange transportation of goods – found 64% said they did not have enough staff to cope with extra customs demands. A separate October survey of U.K. supply chain managers found 46% were less prepared for Brexit than last year due to the pandemic.

What makes British logistics so vulnerable to huge change is the fact that the industry is so fragmented, with a dense mosaic of drivers, freight forwarders and customs brokers working with small exporters and importers.

While logistics giants like DPD, DHL and UPS offer a range of services, most independent drivers do not have any experience of dealing with paperwork, meaning they will rely on their customers or customs brokers to complete it.

But it is drivers who will be penalized if they arrive at the border with loads that have not been properly cleared, and can face a 300-pound ($391) fine.

"To me, the single biggest risk of Brexit is the different links in the chain not knowing who is responsible for what," said Shane Brennan, the head of the Cold Chain Federation trade group for companies moving chilled food and pharmaceuticals.

Paul Jackson, a federation member who runs Chiltern Distribution, is helping his customers prepare because he knows a delay at the border hurts everyone.

"Time is money," he said, adding that he was "obsessed" with finding any titbit of information to prepare.

Some truck owners are going further, hiring customs staff and registering to move goods in one transit movement across several EU countries to limit the checks. But they have complained of having to deal with multiple government departments and months of delays.

With the clock ticking down, the tension is mounting. Minister Theodore Agnew this month accused many traders of taking a "head-in-the-sand approach," infuriating those who have demanded greater clarity for months.

Darren Jones, from the main opposition Labour Party and the head of the parliamentary business committee, told Reuters that companies were not ready because the government was not either.

Britain's Brexit supremo Michael Gove accepts there will be disruption even with a deal, and warned of turbulence if Britain leaves without one, meaning traders would have to pay tariffs.

In its defense, the government says it has set aside 84 million pounds to train new customs intermediaries and phased in paperwork demands for imports, reducing the initial impact.

It has identified 10 potential inland customs sites and is launching pop-up sites and a hauler handbook to help.

"There are both new challenges and new opportunities for businesses," a government spokesperson said. "These changes are coming in just 70 days, come what may, and time is running out for businesses to act."

If trucks do fail to cross the border it will most immediately be felt in Kent, home to the ports of Dover and Folkestone, which funnel around 10,000 trucks a day between Britain and Europe.

On a bright autumnal day in Sevington, diggers and dumper trucks were working on a 93-hectare (230-acre) site, nestled between an ancient church and pretty red brick cottages, that will hold around 1,700 trucks.

Locals accept the site is needed but hope any disruption will ease over time. The government expects to use it for five years, a letter to residents shows.

"You look at it and think, how can that possibly be ready for the first of January?" neighbor Mandy Rossi said, speaking over the loud din of the work.

"Kent has always been known as the Garden of England. Now it's rapidly becoming the lorry park of England."