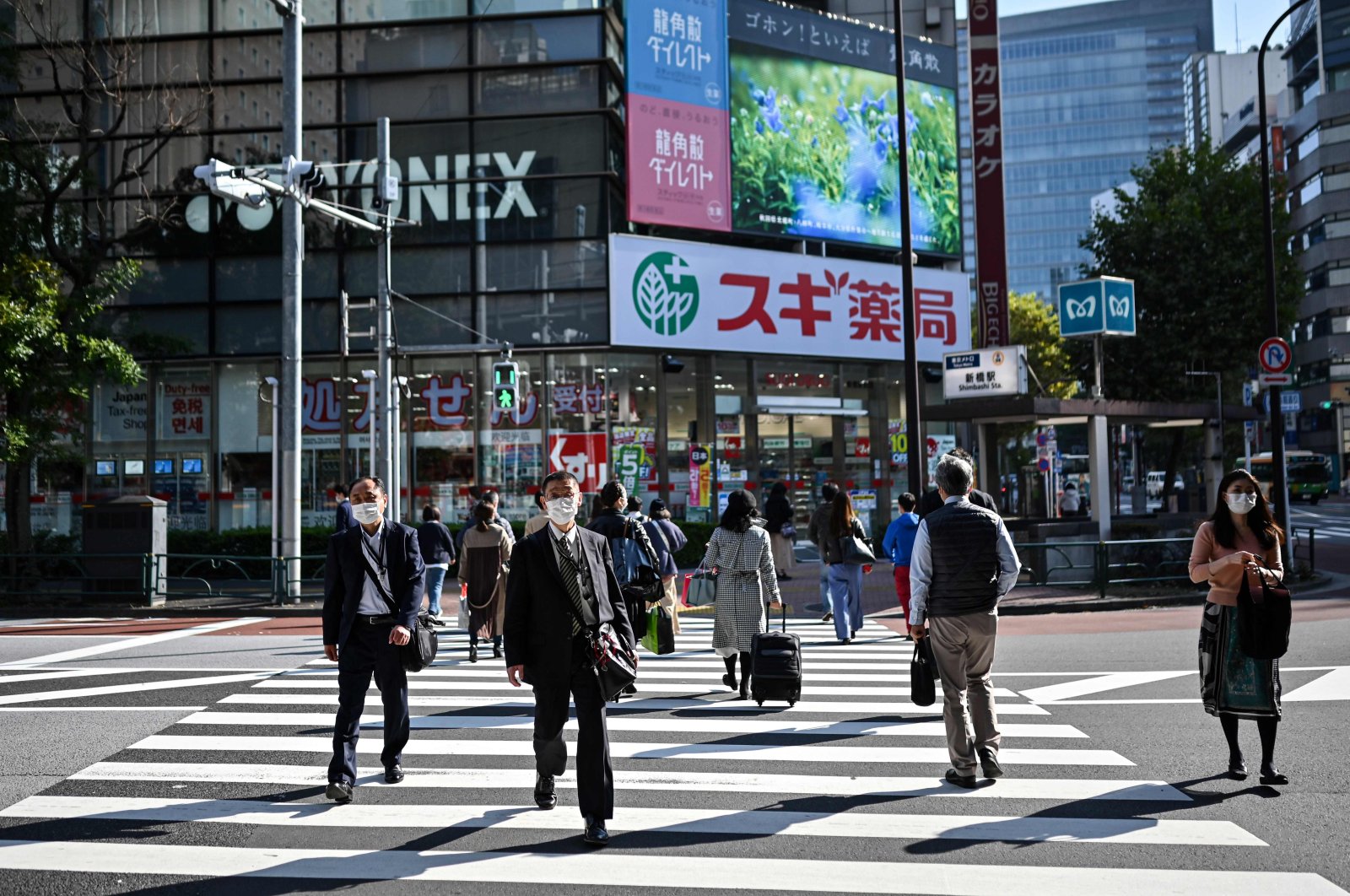 Japan's economy grew at an annual rate of 21.4% in the third quarter in recovery from the shocks of the pandemic, driven by both private spending and exports.

The world's third-largest economy had logged three straight quarters of contraction and was already in recession by the time the crisis hit. Preliminary data from the Cabinet Office released Monday shows a long road to a full recovery.

News that the economy returned to growth in the July-September quarter sent share prices higher in Tokyo. Japan's benchmark Nikkei 225 Stock Average surged 2% on Monday after the government's announcement of the first period of growth in four quarters following a historic recession.

Japan, like the rest of the world, is suffering from the slowdown brought on by business closures, plunging tourism and travel and social distancing measures for COVID-19.

On a quarterly basis, the economy grew by 5.0%. The annual rate measures how much the growth would have been if that had continued for a year.

The data showed improvements in private consumption, the main driver of growth, and exports, including vehicles and auto parts. The rebound was expected, although analysts warn it won't be enough to mark a return to normal.

The economy shrank 8.2% in the April-June quarter, 0.6% in January-March and 1.8% in October-November 2019, according to Monday's data. Growth was flat in July-September 2019, underscoring stagnant conditions even before the pandemic.

"The Japanese economy for July-September 2020 is still in a severe situation due to COVID-19, but it is showing movements of picking up later in the quarter," the government said in a statement.

The decline earlier this year was the worst the government had on record, at least since it began keeping comparable records in 1980. Japanese media reports characterized it as the worst since World War II.

Junichi Makino, the chief economist at SMBC Nikko Securities, said the gross domestic product (GDP) data reflects a halfway recovery that is expected to continue at a gradual pace.

"The driver of growth will shift to the service sector," Makino said in a recent report, as cited by the Associated Press (AP), stressing that consumption growth in that sector tends to be moderate compared to the consumption of goods.

"The momentum for growth on the macroeconomic level is therefore expected to slow down," he said.

"The strong growth in July-September was likely a one-off rebound from an extraordinary contraction caused by the lock-down steps," Yoshiki Shinke, chief economist at Dai-ichi Life Research Institute, told Reuters.

"The economy may not fall off a cliff. But given uncertainty over the outlook, I would err on the side of caution in terms of the pace of any recovery," he said.

Japan has never had a total lockdown, but incoming tourism has largely vanished. Many stores and restaurants are still open, and schools and government offices are mostly running as usual, despite widespread efforts in the private sector for remote working. Some shopping districts are packed, although nearly everyone wears masks.

Economy Minister Yasutoshi Nishimura said the economy still had over 30 trillion yen ($287 billion) of negative output gap, or spare capacity, part of which must be filled by a new stimulus package now in the works.

"We can't make up for all of the output gap just with public works spending. We also need to spur private investment. But the size (of the output gap) is something we'll look at" in compiling the new spending package, he told a news conference.

A negative output gap occurs when actual output is less than the economy's full capacity and is seen as a sign of weak demand.

Without additional stimulus, Japan may experience a fiscal cliff next year as the effect of two big packages deployed earlier this year – worth a combined $2.2 trillion – peter out.

The administration of Prime Minister Yoshihide Suga has been trying to balance the need to curtail the infection's spread with keeping the economy going. That has prompted some criticism over policies such as the government's "GoTo campaign" of discounts for domestic travel that some believe may have caused surging cases in rural areas, such as on the northern main island of Hokkaido.

Suga has also instructed his cabinet to come up with another package, which analysts say could be sized anywhere between 10-30 trillion yen.

"Nishimura's remark on the 30-trillion-yen output gap suggests the size of the new package would come by as much," Takeshi Minami, chief economist at Norinchukin Research Institute, was cited by Reuters as saying.

The Bank of Japan is also expected to extend its corporate funding program beyond its March deadline, with a decision expected next month or January, analysts say.

Some companies have sunk into losses, mostly those related to travel and exports. Others like Nintendo Co. have held up relatively well, as people staying home turn to video games.