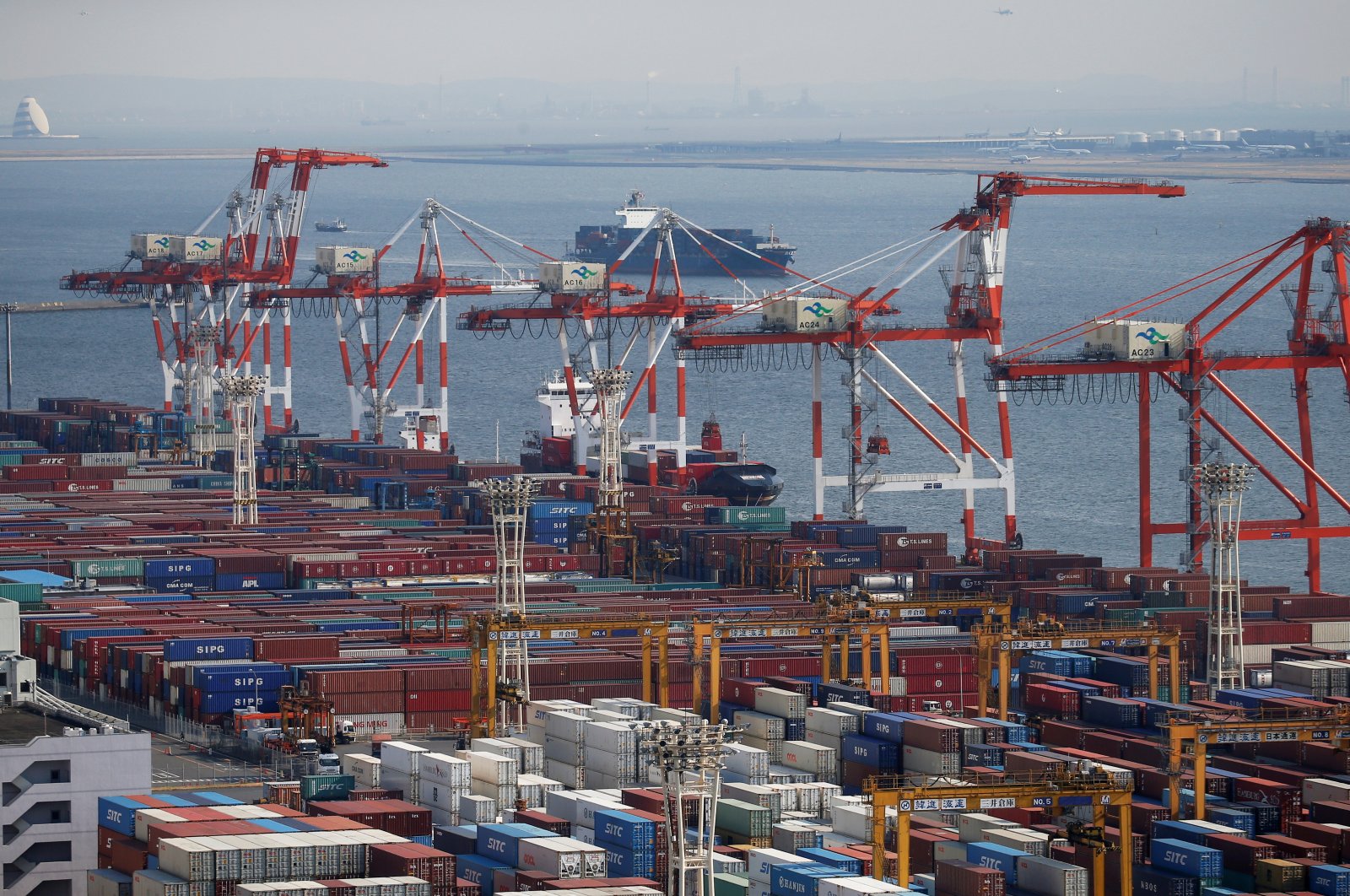 Japan's exports fell at a slower pace in September in a sign that the trade damage from the coronavirus pandemic is easing, according to Finance Ministry data released Monday.

The report showed Japan’s exports in September declined by 4.9%, better than the nearly 15% drop in August. The nation’s imports fell 17.2% overall, compared with 20.8% in August.

Exports to China jumped 14% while shipments to the United States inched up 0.7%, in another possible sign of a gradual rebound. By sector, computer exports to the world surged nearly 45%.

Japan’s export-reliant economy has sunk into recession, with three straight quarters of contraction through June, as the outbreak slammed business activity and stifled trade.

A recovery in China, however, where COVID-19 emerged late last year, and recoveries in some other Asian countries are helping Japan regain momentum.

Junichi Makino, an analyst at SMBC Nikko Securities, noted that auto exports were recovering as global economies rebounded, especially in Europe. He said exports overall had recovered nearly to what it had been before the pandemic.

“Production has recovered substantially, but as that’s mostly a rebound after sharp falls, the recovery pace will probably slow,” likely after year-end, said chief economist Yuichi Kodama of the Meiji Yasuda Research Institute.

Moreover, a recovery in exports would likely have a limited impact on the size of any further stimulus package, given the focus will likely be on helping firms suffering from weak domestic demand, Kodama said.

The ministry data showed transportation equipment in general, including vehicles, motorcycles and planes, was still declining, down 7% compared with a year ago.

Prime Minister Yoshihide Suga, who took office a month ago, left Sunday for Vietnam and Indonesia, where virus cases are relatively low, to drum up business and trade.

His predecessor, Shinzo Abe, had tried to sustain economic growth with his “Abenomics” package of programs based on zero interest rates and curtailing deflation.

Suga, also from the governing Liberal Democratic Party, is expected to continue those policies.

Marcel Thieliant, the Japan economist at Capital Economics, said imports of goods and services may not return to pre-virus levels until the end of 2022.

“The upshot is that after knocking three percentage points from GDP(gross domestic product) growth in Q2, net exports will support growth over the coming quarters.”