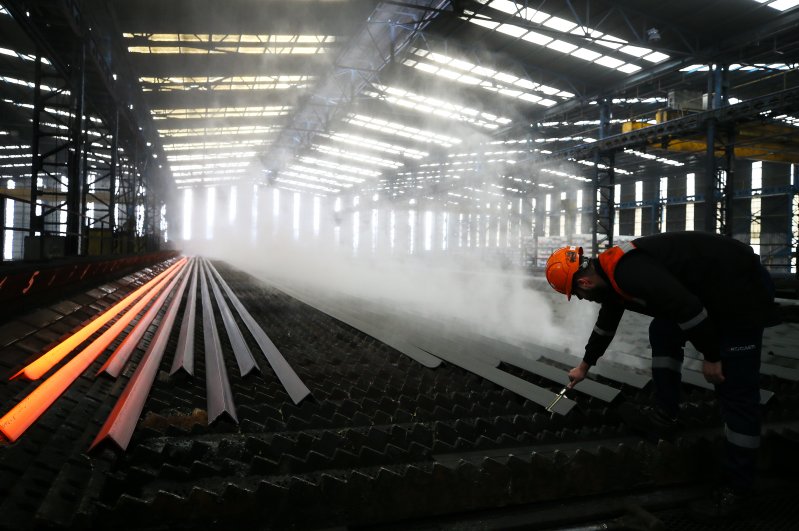 Turkish manufacturing activity expanded for the second straight month to its strongest level in two years, a business survey showed Monday, with solid rises in new orders and output expansion.

The Purchasing Managers' Index (PMI) for manufacturers rose to 52.4 in February from 51.3 in January, moving further above the 50-point line that separates expansion from contraction, a panel organized by Istanbul Chamber of Industry (İSO) and London-based global data firm IHS Markit said.

The February figure indicated the fastest improvement in operating conditions across the Turkish manufacturing sector since February 2018.

Manufacturers increased output thanks to stronger demand from clients as both domestic and international orders grew swiftly.

Several firms chose to reflect cost increases to customers, pushing average purchasing prices up. The hike in consumer prices has been strongest since June, the report said.

Input prices increased as the lower Turkish lira pushed up the cost of imports, the panel showed and firms opted to pass on some of the higher costs to their clients. In line with rising demand, producers added staff for a second month straight, the survey showed.

"Turkish manufacturers enjoyed a fruitful month in February, as a surge in demand led to accelerated production growth and the quickest improvement in business conditions for two years," said Eliot Kerr, an economist at IHS Markit.

"These positive results suggest that the sector could be starting a sustained period of growth," Kerr noted.

The manufacturing PMI – derived from indicators for new orders, output, employment, suppliers' delivery times and stocks of purchases – is a composite single-figure indicator of manufacturing performance.

Turkey’s PMI outpaced that of the eurozone last month.

The manufacturing downturn in the eurozone eased last month despite the coronavirus outbreak and its impact on supply chains, in an encouraging sign for the European Central Bank (ECB) as it tries to stoke growth, the survey showed Monday.

IHS Markit’s Manufacturing Purchasing Managers’ Index rose to 49.2 in February from January’s 47.9, pipping a preliminary estimate of 49.1 and chalking up its highest reading in a year. That held below the 50-point mark separating growth from contraction for a 13th month.

An index measuring output that feeds into a composite PMI due Wednesday and is seen as a barometer of economic health climbed to 48.7 from 48.0, its highest since May.

However, hopes that the coronavirus epidemic that began in China would be over quickly and economic activity would return to normal were dashed last week as the number of international cases increased steadily, suggesting its impact is far from over.

But factory managers remained relatively upbeat and optimism about the coming 12 months remained high. The future output index was 58.3, albeit down from January’s 17-month high of 59.8.

Over the last month, manufacturing production and new orders continued to be negative and contraction rates were at the deepest level for the last 15 months.

He underlined that the virus outbreak threatened production in the coming months by causing delays in shipments. "Any further spreading of the COVID-19 epidemic risks driving increased risk aversion and a reduction of spending by both businesses and consumers," he added.