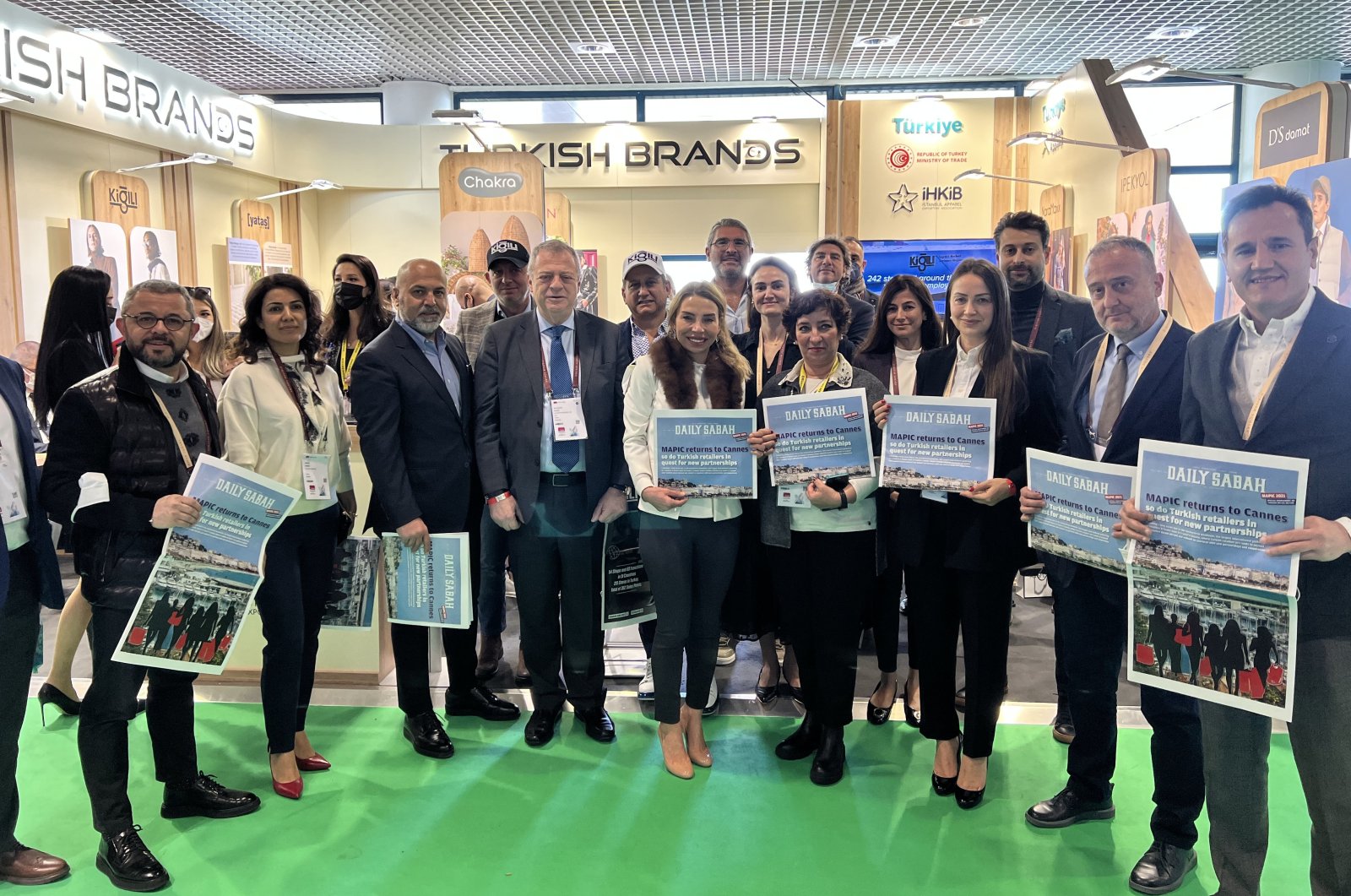 After being severely hurt by the pandemic, Turkish retailers are hopeful for 2022, as they look to add to their operations in their current markets as well as further broaden their presence in the international markets.

The optimism follows the retailer’s attendance at their largest annual international event, MAPIC, which returned to Cannes, France after the pandemic triggered its cancelation last year.

Attended by around 3,000 visitors from 80 countries, the event was held at the Palais des Festivals between Nov. 30 and Dec. 2.

In addition to dozens of other companies attending the event, nine Turkish brands gathered under a single roof under the synergy of the cooperation of the Istanbul Apparel Exporters’ Association (IHKIB) and Alkaş, the company coordinating Turkey’s participation in the fair.

“We attach great importance to the branding of our ready-to-wear companies and the increase of our branded exports. We are also trying to turn the fairs into an opportunity for the promotion of our sector and new collaborations,” Gültepe told the Sabah newspaper.

The industry expects exports to be over $20 billion this year, with sales seen jumping 15% to more than $23 billion in 2022, as European markets eye more imports from Turkey.

“We see the fair, which brings together shopping mall investors and brands, as a platform where Turkish fashion is introduced, and our ready-to-wear companies agree to new collaborations.”

Alkaş Chairperson Avi Alkaş stressed the importance of the fact that the industry has returned to face-to-face following a challenging period.

Daily Sabah prepared a special MAPIC supplement for this year's event, one of the latest of many special publications that demonstrate the determination of the newspaper and its parent company, Turkuvaz Media Group, to maintain their years of support for the retail industry.

This year's edition marks the fourth consecutive supplement prepared by Daily Sabah for the largest international gathering for retailers.

Nejdet Ayaydın, a member of the board of Ipekyol, one of Turkey’s leading ready-to-wear brands, stressed the importance of the chance to demonstrate the Turkish textile industry’s strength at platforms such as MAPIC.

Ayaydın says Ipekyol has added pace to its investments, stating that together with its brands such as Twist and Machka, the company currently provides employment to around 2,080 people.

Onur Orakçıoğlu, a member of the board of Orka Holding, which encompasses established menswear brands such as Damat, Tween and D’S Damat, said the company aims to further advance its production strength, in addition to its retail and export success.

“This year, we have increased our operations in Italy, Spain and Dubai and opened 26 stores in 17 countries,” said Orakçıoğlu.

“We have increased our e-commerce volume to between 25% and 30% of our overall sales.”

Erdinç Yılmaz, foreign trade director at Chakra, said the home textile company looks to expand into Libya and Azerbaijan in the coming days, in addition to their current operations in India, Qatar and Saudi Arabia.

“We have 13 stores abroad. But next year we will open about 50 stores in total. 10 of them in the United Arab Emirates (UAE). We will open eight stores in Oman and Kuwait,” said Yılmaz.

“Our most important feature is that all our textile products contain 50% bamboo.”

Hilal Suerdem, CEO of Kiğılı, a major Turkish brand specialized in menswear, said their meetings on the sidelines of MAPIC doubled compared to previous years, despite lower participation at the fair due to the pandemic.

“There were very serious requests for appointment from mall investors and from franchise firms. It demonstrates that we are a sought-after brand,” said Suerdem.

“The countries of the European Union come to the fore. Because we seem to be able to compete very seriously in terms of competition, in terms of quality, in terms of logistics.”

Ferda Sümer, a founding partner at ready-to-wear brand Suwen, said they aim to enter the new year with a total of 140 stores.

“Our architectural teams work day and night on projects. We will start our first foreign experience with Romania. We may open our store within this month or start with three stores in the first month of next year,” Sümer noted.

Yeliz Özkarakaşlı, a partner at womenswear brand NaraMaxx, said they aim to enter new countries through malls in the coming period.

“We aim to grow with six stores after the second half of 2022. Two of these may be in Turkey, and our goal is to continue our journey with six stores, four of which will be abroad,” Özkarakaşlı noted.

The company operates in multiple other areas, including retail, tourism, agriculture and construction.

“We have six stores abroad. But we want to expand abroad with a direct investment with the right partners,” Güler said.