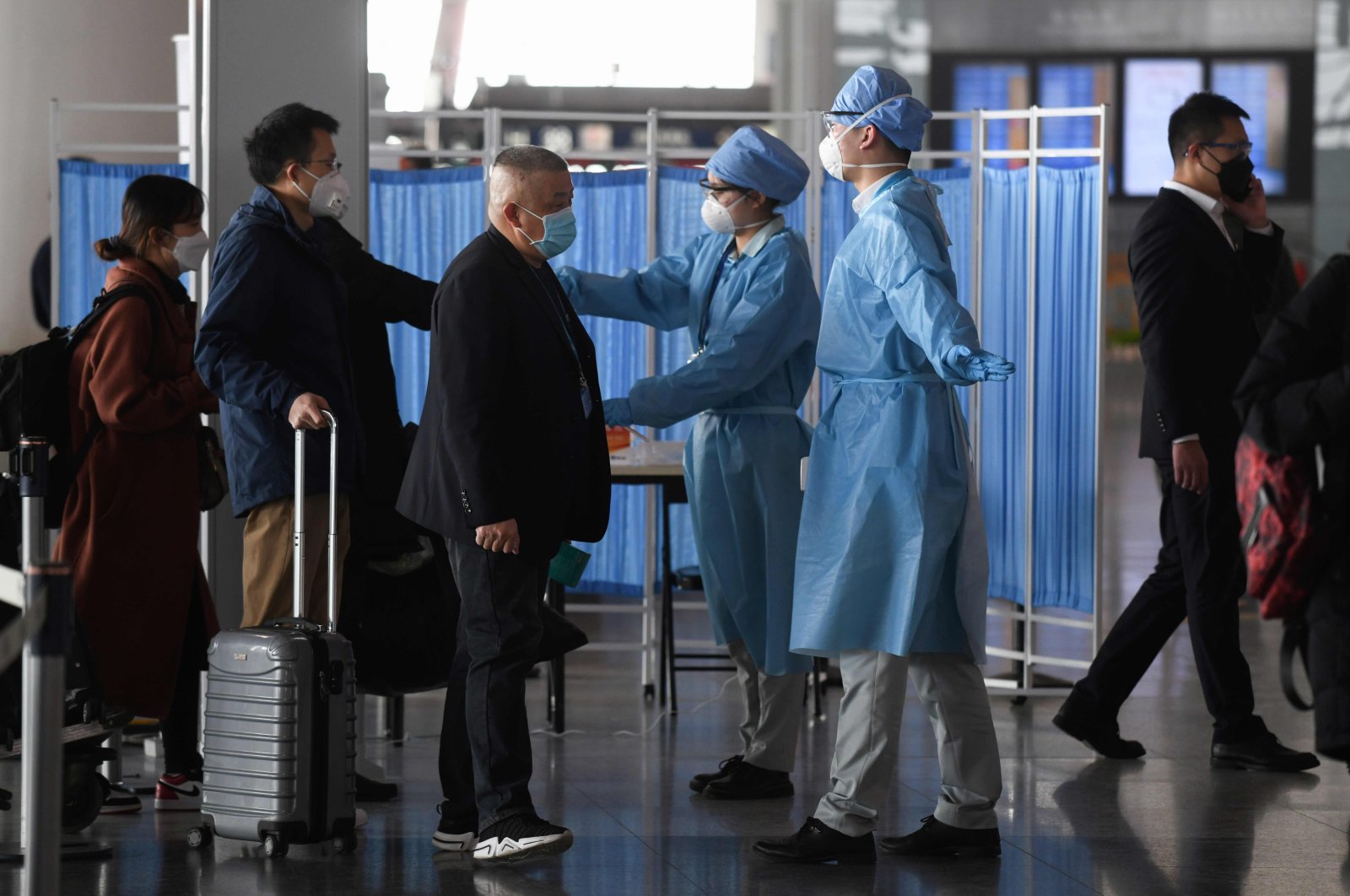 Sales of disposable masks to China, fueled by the new coronavirus outbreak, led to a record increase in Turkey's exports of ready-to-wear clothing and apparel to the East Asian country.

According to Turkish Exporters Assembly (TİM) data, overall exports from Turkey to China in February 2020 decreased by 12% compared to the same month last year, totaling around $144 million, while ready-made clothing and apparel exports soared by about 500%.

Foreign sales of ready-made clothing and apparel to China in February surged to $30.5 million from just over $5 million. The increase was mainly because of the high demand for disposable masks due to the COVID-19 outbreak.

Disposable mask exports from Turkey to China stood at $13.5 million in value in February.

Aegean Ready-To-Wear Clothing and Apparel Exporters' Association President Burak Sertbaş stated that Turkey did not export masks in February last year to China, the largest mask producer in the world, while sales exceeded $13 million in the same month this year.

“This is an instant situation. When the situation in China is overcome, these figures will fall again,” Sertbaş said, adding that ready-to-wear clothing and apparel exports across Turkey surged by 10% in the January-February period compared to the same period last year, exceeding $3 billion due to the epidemic.

Pointing out the impacts of the outbreak on the global economy as well as on health, Sertbaş said, “We wish it had not been.”

Emphasizing that, however, the ready-to-wear clothing and apparel sector are the primary industries in Turkey to be positively impacted by the outbreak, Sertbaş continued: “The withdrawal of any exporter country from the market will help us, but it is not true that all production in China has stopped and Turkey will carry out all sales. We have colleagues who have been overcome by languor. The situation in China should not prevent our search for new markets and our focus on other regions. The March figures will give us clearer results for all sectors. I think we should wait a little longer.

Hasan Seçkin, the CEO of a company producing masks in western Turkey's İzmir province, said that they do not export directly and that some companies buy products from them and sell them to China.

Alleging that it was not mask producers but opportunists collecting products from the market who carried out exports in February, Seçkin noted that it is a proper decision to stipulate a pre-authorization condition in mask exports.

“We hear that there are brokerage firms that collect products from manufacturers like us and export them. As our products in warehouses have declined due to the demand of these brokerage firms, prices have risen. In this context, we find it very positive that the export of certain medical equipment, especially masks, has been bound to pre-authorization of the Turkish Pharmaceutical and Medical Equipment Authority of the Ministry of Health,” he added.

Underlining that their priority has always been health care organizations, Seçkin noted that mask factories, which used to work eight hours a day, now work 24/7. “There is demand from all over Turkey. We tell customers that we will deliver products in October at the earliest,” he concluded.