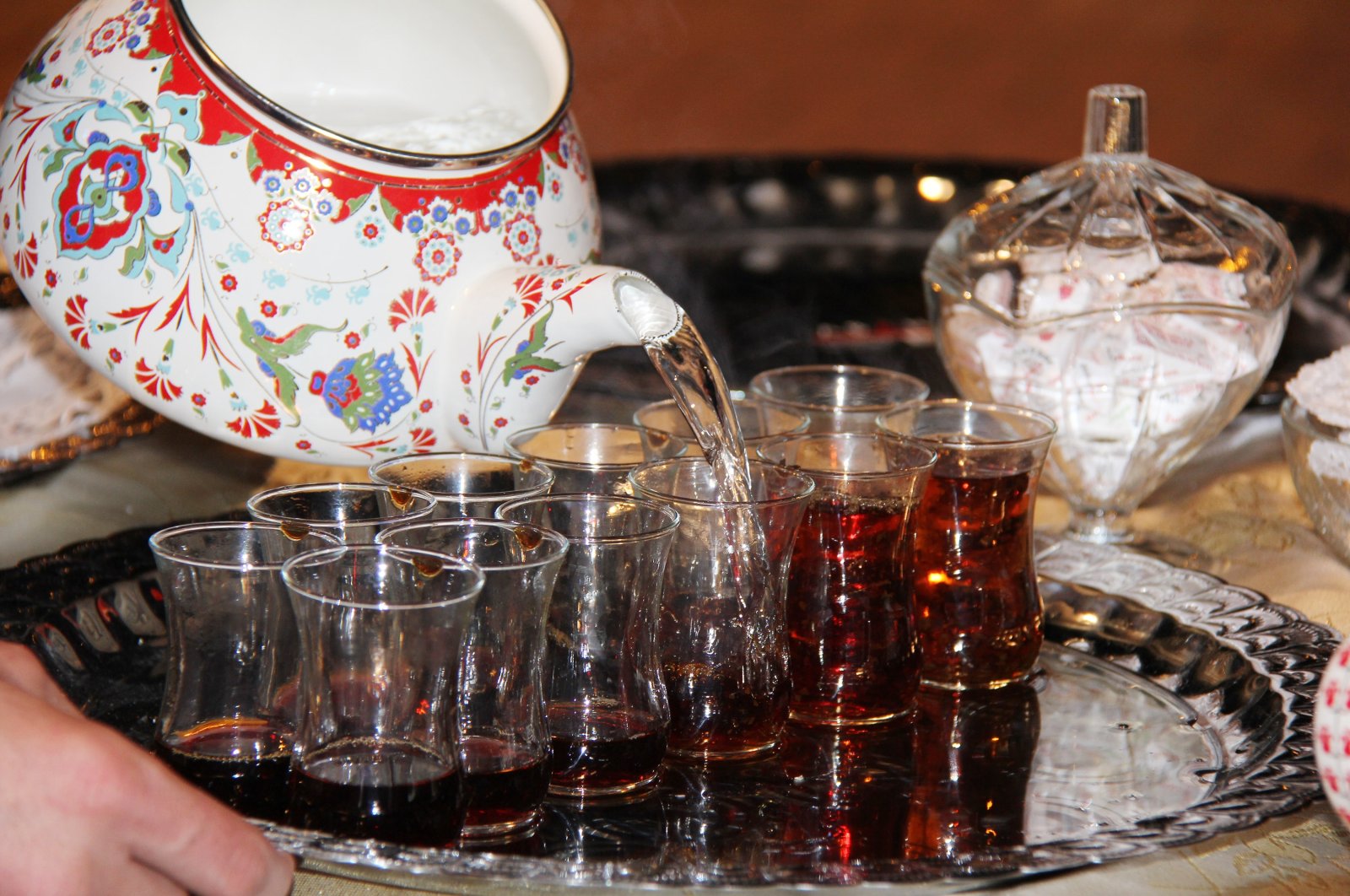 Known for already being the top tea consuming nation, Turkey has further cemented its rank as locals consumed even more of their favorite drink as the coronavirus pandemic forced them to spend more time at home.

“We drink more tea as we stay more at home during the pandemic,” says Yusuf Ziya Alim, general manager of the General Directorate of Tea Enterprises’ (Çaykur).

The consumption of the nation’s primary and most-consumed beverage has increased by almost 50% in the first three months of the pandemic, marked by countrywide lockdowns to stem the spread of the disease, Alim told Demirören News Agency (AA) on Wednesday.

High performance was also observed in October and November, Alim says. “Our goal this year was to sell 120,000 tons of tea, but we have already exceeded this figure,” he noted.

Tea, which is the most important part of Turkish daily life, has been considered a part of Turkish culture for centuries. It is generally seen as an occasion to sit and talk.

According to the International Tea Committee report in 2019, a Turkish person consumes an average of 1,300 cups of tea every year.

Locals say consumption increased as hours spent at home rose with the pandemic.

“The cups went yellow from drinking tea, I bought new cups,” says Emine Okumuş from Rize, the country’s northeastern province known as the tea capital of the country.

“In the pandemic, we brew a lot of tea, eat, drink,” Okumuş noted. “The weight went away by itself.”

“We consume a lot of tea. It is generally being brewed for sure three times a day. But during this pandemic period, we have increased our consumption significantly. Can’t do without tea,” Servet Karamahmutoğlu said.

Tea-making in Turkey is different than the rest of the world as it has to be brewed for around 20 minutes with teahouses in the country historically being a place to socialize with others.

Karamahmutoğlu’s views are supported by Mümin Kulaksız, who says tea has become his closest friend during the outbreak.

“Of course we need to drink tea; we are from Rize,” Kulaksız said. “They say it is also effective against the corona. Tea is being brewed four to five times a day in our house. Every time we brew, we drink four to five cups in a row, we finish the teapot.”

They may not be able to come together with their families and friends as usual, but Kulaksız says “we keep on having tea.”

“When you sit in front of the TV, all you have to deal with is tea; it has now become the best friend,” he said.

“Whether crowded or alone, it cannot go without tea. Tea develops the friendship, conversation,” he noted.

He added that they also offer alternatives for those who do not want to drink the traditional black tea all the time. “We offer different alternatives such as green, white and organic tea.”

Founded in 1983, Çaykur is a state-owned enterprise, employing more than 10,600 people in its 45 factories. It is also responsible for the majority of promotional and branding activities for Turkish tea.

According to data by the Eastern Black Sea Exporters’ Association (DKIB), Turkey’s tea exports increased a whopping 43% in the first seven months of 2020 and reached $9.13 million (TL 72.67 million).

The country sold 2,325 tons of tea to 102 different countries in the said period, recording an almost 500-ton increase compared with the same period last year.