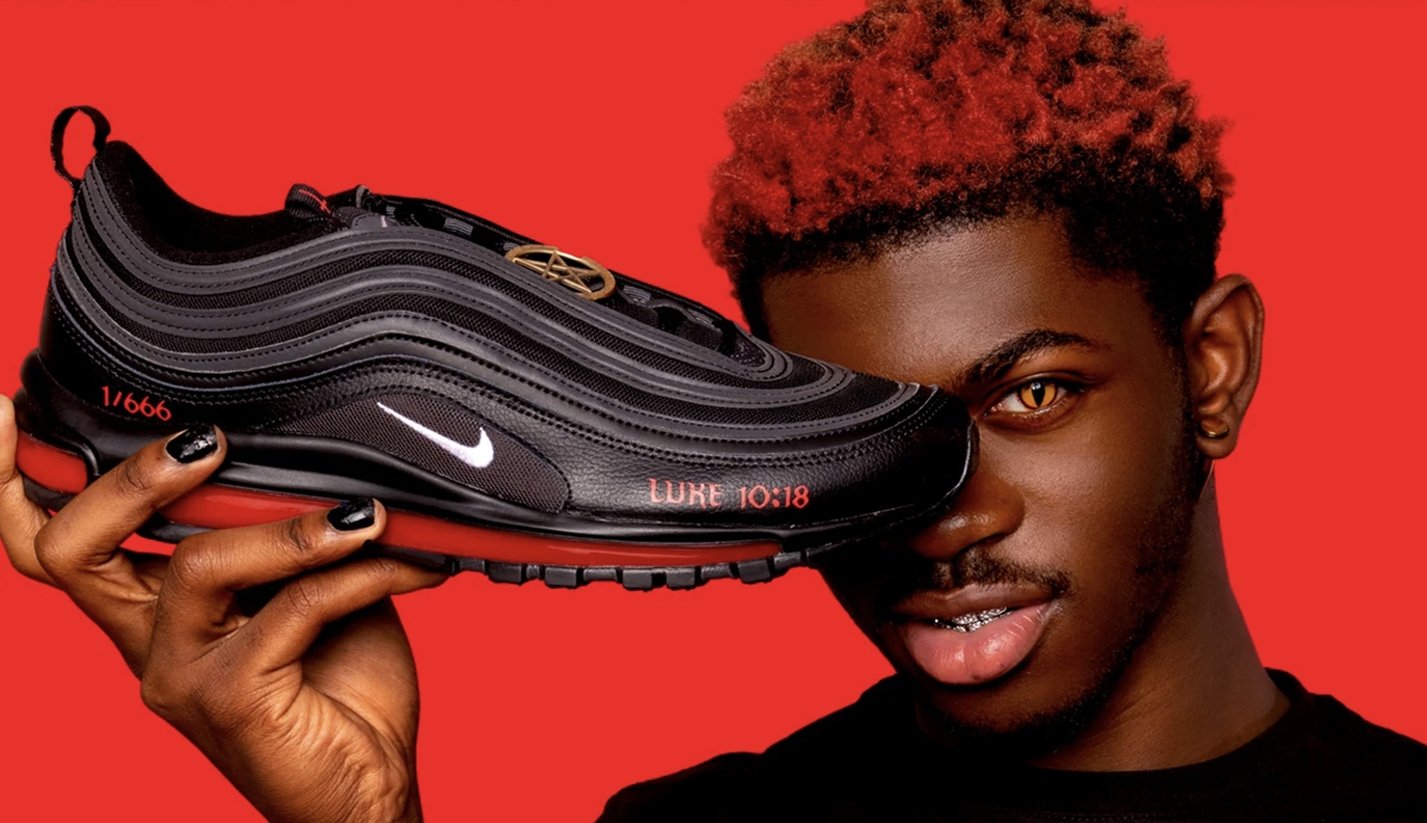 A screenshot of Satanshoes.com shows rapper Lil Nas X holding one of the modified shoes.
by REUTERS
Mar 31, 2021 3:52 pm

Nike said in the lawsuit that the company, MSCHF Product Studio Inc, infringed on and diluted its trademark with the black-and-red, devil-themed shoes, which went on sale online on Monday. Lil Nas X is not named as a defendant in the suit.

The shoes are customized Nike Air Max 97 sneakers that contain red ink and “one drop of human blood” in the sole, according to a website describing the 666 pairs of limited edition shoes. The back of one shoe says “MSCHF” and the other says “Lil Nas X.”

Several media outlets reported that the shoes sold out in less than one minute at a cost of $1,018 per pair. Lil Nas X said on Twitter he would choose the recipient of the 666th pair from social media users who circulated one of his tweets.

Nike, in its lawsuit filed in federal court in New York on Monday, said the shoes were produced “without Nike’s approval and authorization,” and the company was “in no way connected with this project.”

“There is already evidence of significant confusion and dilution occurring in the marketplace, including calls to boycott Nike in response to the launch of MSCHF’s Satan Shoes based on the mistaken belief that Nike has authorized or approved this product,” the lawsuit said.

Nike asked the court to immediately stop MSCHF from fulfilling orders for the shoes and requested a jury trial to seek damages.

Representatives for Lil Nas X and MSCHF did not immediately respond to requests for comment.

The Grammy-winning rapper, 21, on Friday released a video for new song “Montero (Call Me By Your Name)” in which he dances with a character wearing devil horns.