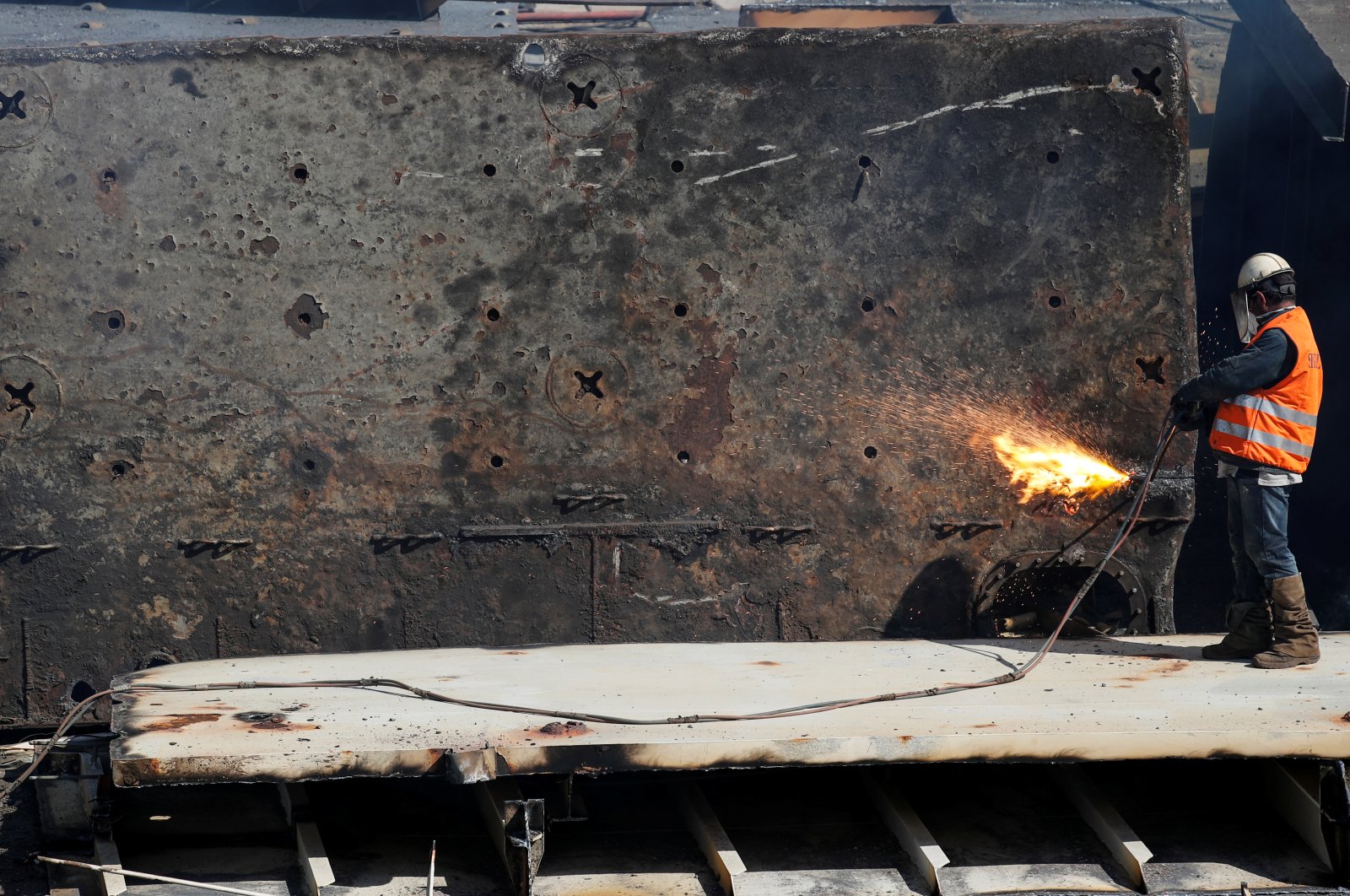 Turkey’s industrial sector has had its best October on record after exporting $13.3 billion (TL 113.73 billion) worth of goods, according to Turkish Exporters’ Assembly (TIM) data.

If the industry is able to maintain a similar performance in the remaining two months of the year, it is estimated it will recover most of the ground lost due to the coronavirus pandemic.

Foreign sales of the industry had dropped to as low as $6.2 billion in April, the lowest level since May 2009, after Turkey imposed pandemic-related lockdowns to stem the spread of the disease. Measures were mostly lifted as of June.

Turkey entered a recovery process after the difficult month of April when the first COVID-19 patient appeared in the country, Industry and Technology Minister Mustafa Varank said Friday.

New orders, capacity usage, investments and exports in the manufacturing industry are increasing, Varank said during the opening ceremony of a factory in northwestern Tekirdağ province.

Exports in the industrial sector managed to rebound to $11.5 billion in July, after increasing to $7.1 billion and $10.2 billion in May and June, respectively, the data showed. Sales surged to as high as $12.3 billion in September, before reaching an all-time monthly high in October.

Turkey will post strong economic growth in the third quarter of the year, Varank said, hoping the trend will continue in November and December.

Addressing a new round of restrictions in the European Union (EU), the country’s top export market, amid an alarming spike in infections, the minister said, “I hope the closures (in the EU) will not affect us negatively. Of course, this is not in our control. Our main priority is to look for ways to preserve the strength of our industry at all times.”

The industrial sector’s exports from January through October have reached $102.2 billion, meaning the industry will have to achieve some $36 billion worth of foreign sales in November and December to reach last year’s $138.2 billion, the highest-ever annual export figure.

If there is a similar performance in the remaining two months, the industry is expected to close the year with a loss of below $10 billion.

Among subsectors, the automotive industry was the biggest contributor to the overall industry’s exports in the January-October period, despite it being one of the areas hardest hit by the outbreak.

It managed to export over $20 billion worth of automotive products in the 10-month period, followed by chemicals and products with $14.83 billion, ready-to-wear and apparel with $13.98 billion and steel with $10.1 billion.

Among others were electronics with $8.73 billion and ferrous and nonferrous metals with $6.67 billion worth of exports.

The upturn in the Turkish industrial sector has also been solidified by the headline Purchasing Managers’ Index (PMI) for the manufacturing industry, which continued in October with the headline rate hovering above the threshold level for the fifth consecutive month.

The PMI for the manufacturing sector rose to 53.9 in October from 52.8 in September, according to survey data from the Istanbul Chamber of Industry (ISO) and IHS Markit, remaining above the 50 mark that separates expansion from contraction.

The PMI reading suggested a solid improvement in the health of the sector and indicated that the Turkish manufacturing sector continued its strong growth at the start of the final quarter of the year.

The rate of job creation accelerated to the fastest it has been in almost three years, as firms expanded production volumes to catch up with new orders.