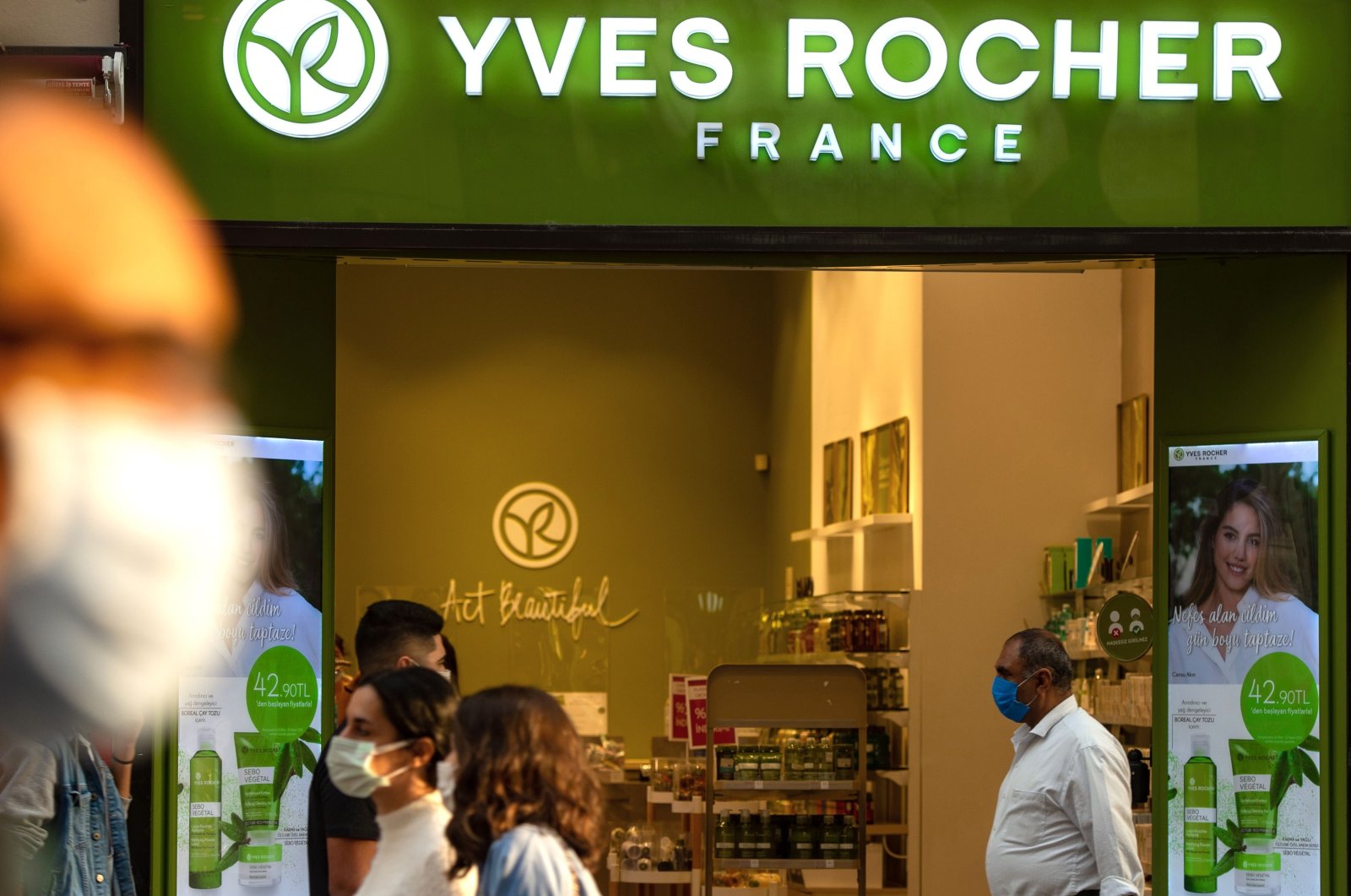 Foreign trade of more than $100 billion that France has with predominantly Muslim countries is at stake as calls for a consumer boycott of that nation's goods increased due to President Emmanuel Macron’s controversial claims about Islam sparked huge controversy across multiple regions.

President Recep Tayyip Erdoğan was the first to appeal to citizens to shun French products over Macron’s anti-Islam agenda.

“Just like they say ‘Don’t buy goods with Turkish brands’ in France, I am calling to all my citizens from here to never help French brands or buy them,” Erdoğan said on Monday.

Earlier this month, Macron described Islam as a religion “in crisis” and announced plans for tougher laws to tackle what he called “Islamist separatism” in France.

This coincided with the murder of a French teacher who showed caricatures of the Prophet Mohammad in class. Macron paid tribute to him and said France won’t prevent the publication of insulting cartoons of the Prophet under the pretext of freedom of expression.

His remarks sparked huge controversy and a boycott of French goods, including dairy products and cosmetics, by multiple Muslim countries, including Qatar, Jordan, Kuwait, Morocco, Iran, Bangladesh, Turkey and Pakistan. Demonstrations have also taken place with posters of Macron set alight in some instances.

According to data compiled by Anadolu Agency (AA), predominantly Muslim countries hold an important role in France’s foreign trade. France is said to have made exports worth $45.8 billion to Islamic countries in 2019, with its imports standing at $58 billion.

The impact of the boycott is difficult to ascertain, with only isolated reports of sales of French goods being affected.

The country, which had a population of nearly 67 million in 2019, records their exports as being worth around $555 billion, while its imports amounted to approximately $639 billion.

France is a major global exporter of agricultural products, with 3% going to the Middle East, according to the ANIA industry lobby.

It is also one of the leading arms exporters.

Thales sells weapons, aeronautics technology and public transport systems to a number of Muslim-majority countries. Clients include Saudi Arabia, the United Arab Emirates (UAE), Turkey and Qatar, according to the company’s website.

Egypt and Qatar are among the countries that have ordered the Rafale military jet from Dassault, which also views the region as a big market for its private jets.

Energy giant Total is present in many Muslim majority countries.

In Pakistan, Bangladesh and Turkey, countries where the backlash against France over the cartoons has been most vociferous, Total is mainly focused on selling its petrochemical and petroleum products. In Saudi Arabia, as well as in several other Gulf states, Total has investments in exploration and production, and in some cases refining.

For major French fashion labels, the Middle East represents a small portion of sales compared to the United States, Asia or Europe but wealthy Middle Eastern clients tend to buy luxury goods while traveling away from home.

Big brands like LVMH-owned Louis Vuitton or privately-owned Chanel have stores across the Middle East, including in Saudi Arabia and Dubai.

One target of the calls for boycotts, Carrefour supermarket chain, operates in many parts of the Middle East and South Asia via a franchising arrangement with partners.

A campaign for consumers to stay away from the stores of the French retailer was trending on Saudi social media over the weekend.

French carmaker Renault lists Turkey as its eighth-biggest market, with 49,131 vehicles sold there in the first six months of this year.

PSA, which makes the Citroen and Peugeot brands, said in its latest financial reports, sales in Turkey were increasing and represented a bright spot in a tough market, though it did not give figures.

Turkey is France’s top export market among Muslim-majority countries with $6.6 billion in 2019, according to the data.

France is the 10th biggest source of imports into Turkey and the seventh biggest market for Turkey’s exports, according to the Turkish Statistical Institute (TurkStat).

France is not planning a reciprocal boycott against Turkish products and will continue talks and relations with Ankara and its president, Trade Minister Franck Riester said on Monday.

"There is no retaliation on the agenda," Riester told French radio station RTL. He nevertheless reiterated the government's condemnation of Erdoğan's comments about Macron.

In an interview with the private RMC Radio, the chairman of France's largest employer's union, MEDEF, characterized the international backlash to Macron's comments as "blackmail."

"We must put our principles before the possibility of developing our business," said Geoffroy Roux de Bezieu, urging companies not to buckle under a boycott on French goods.

Algeria has also been among France’s top markets with exports amounting to some $5.5 billion. Among the goods the African nation buys are mainly grain products, such as wheat, in addition to gas turbines, filters, machinery, pharmaceuticals, automobiles and electronic equipment. France paid $4.7 billion for Algerian imports including crude oil, natural gas, chemicals and fertilizers.

Qatar, on the other hand, has imported $4.3 billion worth of aviation products, electrical and electronic equipment, machinery, iron and steel products, cosmetics and precious stones from France.

Among others, important markets are Tunisia, the U.A.E., Saudi Arabia and Egypt to where France made exports worth $3.74 billion, $3.67 billion, $3.34 billion and $2.58 billion, respectively.