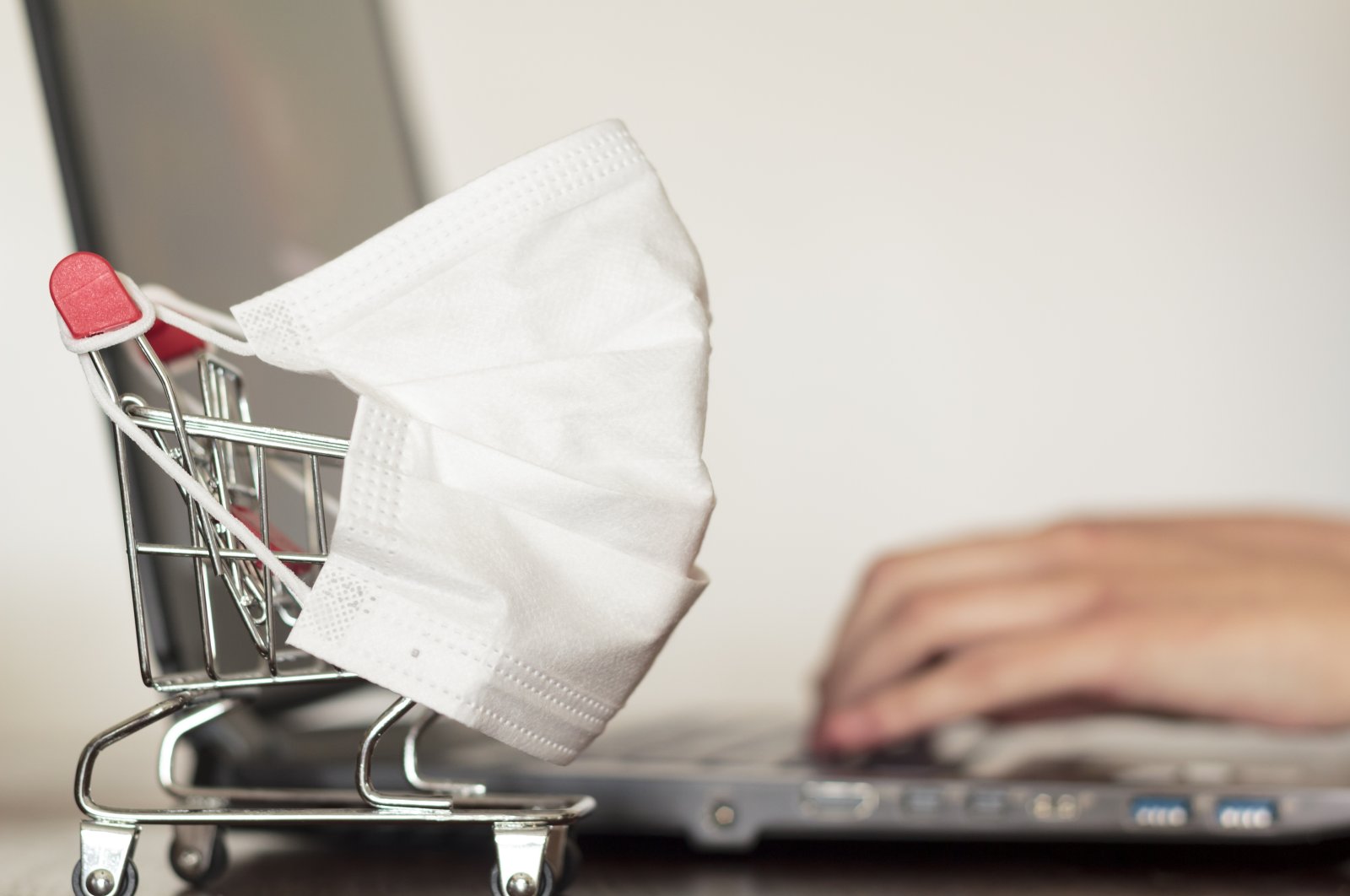 During the pandemic, some 10,000 SMEs in Turkey are said to have begun to sell through online marketplace GittiGidiyor. (iStock Photo)
by Hülya Güler
Oct 25, 2020 4:12 pm

The coronavirus pandemic has proved itself as an unprecedented challenge on a global scale that disrupted global trade and the global economy in just a few short months. Yet it carries major opportunities in the area of e-commerce, particularly for small- and medium-sized enterprises (SMEs), according to the general manager of GittiGidiyor, an eBay enterprise and one of the leading e-commerce sites in Turkey.

“From this process, especially SMEs can get the opportunity to open up to the world through e-exports,” Öget Kantarcı said, stressing the growth of e-commerce in the global market.

“In this process, SMEs that best keep up with technological developments can benefit from the $1.5 trillion e-export pie in global trade. During the pandemic, 10,000 SMEs in Turkey began to sell through our platform,” Kantarcı said.

Launched in 2001, the online marketplace has around 28 million users. It is a subsidiary of the global commerce company eBay.

After acquiring a minority stake in the company in 2007, eBay agreed to another deal in 2011, increasing its stake in GittiGidiyor to 93%.

Kantarcı, who is also eBay Middle East and North Africa (MENA) general manager, stressed that the fact that Turkey was affected by the pandemic later than some other countries offered an opportunity to observe and determine a road map. Yet, he stressed the need to adapt to digitalization in order to overcome the obstacles brought along by the pandemic.

“As a technology company, we have implemented digitalization in our lives for a long time,” he noted. “For a long time, we have been telling brands how important e-commerce is, that the future is in this area. In this process, brands quickly understood the importance of digitalization and the opportunities it offers and took action.”

In this process, he said they have seen that many new companies used e-commerce and discovered e-exports.

“Such that the number of our sellers increased by 73% year-on-year in the first six-month period of this year,” he noted. “These are local sellers and SMEs constitute over 90% of these.”

Spurred by the pandemic, Turkey’s e-commerce volume surged 64% year-on-year in the first half of 2020 to TL 97.7 billion, up from TL 55.9 billion in the same period last year, according to official figures.

“During the six-month period of the year, we grew by 50%, and our total number of page views reached 5.6 billion,” Kantarcı said.

The increase came as the country implemented lockdown measures to stem the spread of the pandemic. It reported its first COVID-19 case on March 11 and later stay-at-home orders were implemented. The lifted most of the measures as of June.

“As part of the measures taken, e-commerce has increased dramatically since March, when people had extended their stay at home and stores were shut. People wanted to make up their shortages in their house, change their living spaces, and turned to home decoration,” he said.

“Demand for food, cleaning products, sporting goods, grocery products has increased. Even those who had the opportunity to spend more time with their children bought more toys.”

Kantarcı noted that they see e-exports as an extremely important breakthrough area that will also stimulate the Turkish economy.

“The share of e-exports in total exports in Turkey is not even 1% at the moment. This rate is projected to rise to 5% by 2023. However, in developed markets, this figure is around 25%. There are huge opportunities in this area,” Kantarcı said.

He cited researches that show that 50% of consumers in the United States today shop online from abroad. “That figure is around 20% worldwide. E-exports are also critical for economies that are shrinking, especially in the COVID-19 process. E-export stands out as the most accurate method for reaching its customers without physical contact, maintaining strong commercial activities and looking for new markets,” he added.

Retail e-commerce sales worldwide are projected to exceed $4 trillion as of this year, he further said, adding that the share of online sales in total retail sales has reached 17%-18% worldwide.

“According to global studies on the future of e-commerce, by 2040, 95% of all acquisitions will be via e-commerce. Cross-border e-trade, on the other hand, has approached the volume of $1.5 trillion in the world and is growing by about 30% each year,” he added.

Businesses in Turkey need to take their place in the big picture, Kantarcı stressed.

“Today, e-export is not a trend for SMEs to follow but a need to capture the future. In order for businesses to compete globally and demonstrate sustainable growth, they must experience, learn and implement e-exports. In the coronavirus process, which is dominated by uncertainty all over the world, SMEs that turn to e-export channels have a significant advantage,” he noted.

The global opportunities for hundreds of thousands of SMEs with e-export potential are greater than before, he suggested.

“Our SMEs can find customers in different countries’ markets with the products they already sell through e-exports. It is not limited to the domestic market but can quickly, easily and safely meet its products with buyers from all over the world. SMEs in Turkey can take a share of the $ 1.5 trillion global pie by focusing on digitalization,” he added.

The e-commerce platform has increased its employment within the company by 30% and by 50% in its customer service side.