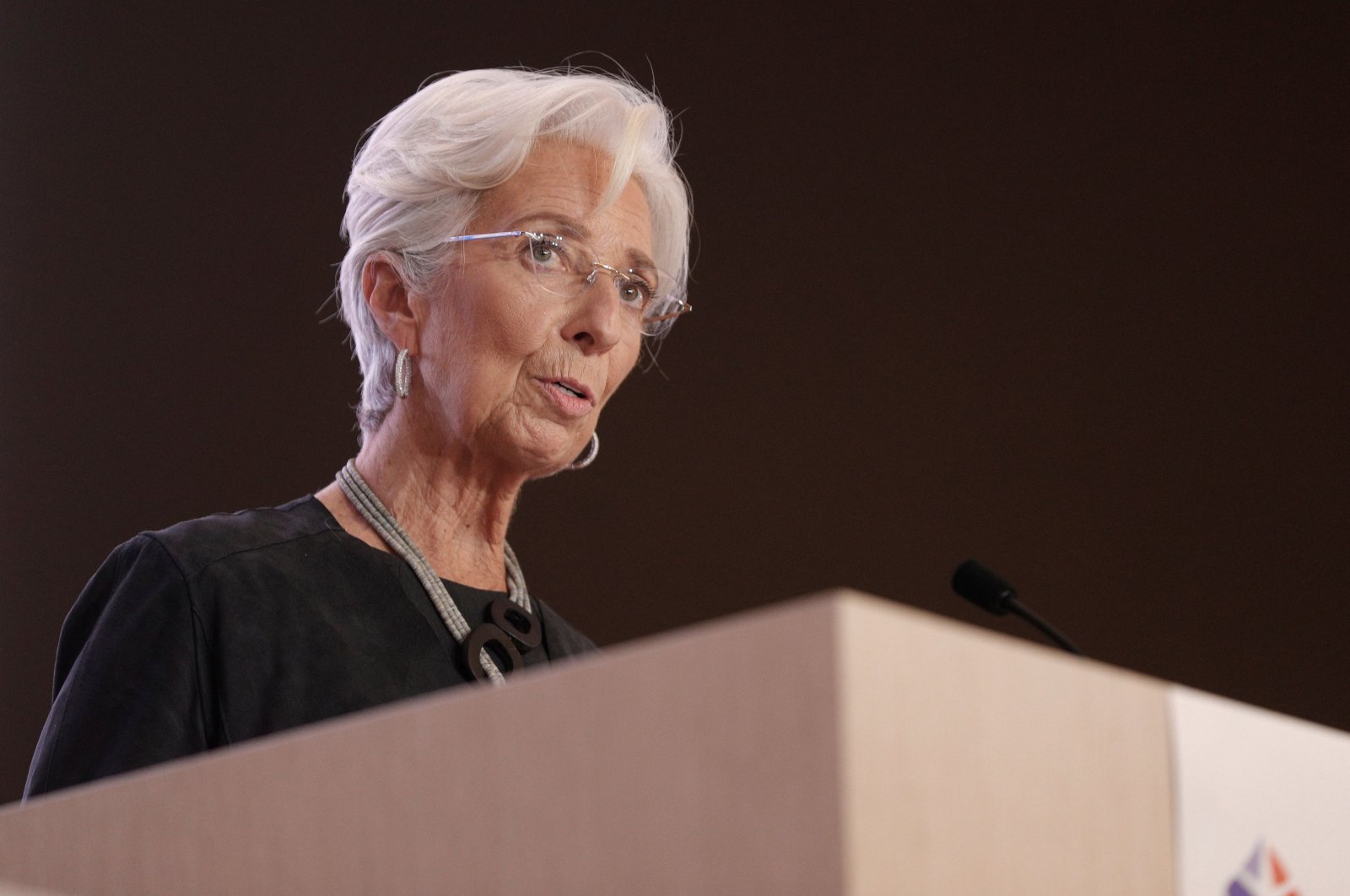 It's been a baptism by fire for Christine Lagarde whose first year as head of the European Central Bank (ECB) has been dominated by the coronavirus pandemic and the drastic action needed to keep the eurozone economy afloat.

The former International Monetary Fund (IMF) chief, who became the ECB's first female president last November, says the past 12 months have been "very intense" and at times "without much sleep" as policymakers confront an unprecedented economic shock.

"It has been a very tough time for Christine Lagarde," said ING bank analyst Carsten Brzeski, "and probably not what she had imagined when accepting the job."

Lacking the technical expertise of her predecessors has caught her out over the past year but ECB watchers have also praised Lagarde, a former French finance minister and top corporate lawyer, for her political instincts and cool handling of the crisis so far.

She will on Thursday chair her eighth monetary policy meeting at Frankfurt's gleaming ECB tower, with the 25-member governing council once again holding their discussions via video link because of virus precautions.

The meeting comes as Europe battles a spike in coronavirus infections that is forcing countries to reimpose some of the painful lockdowns that pummeled the economy in the spring.

Lagarde, 64, warned last week that the second COVID-19 wave and new restrictions "are adding to the uncertainty and weighing on the recovery" in the 19-nation eurozone.

Nevertheless, observers expect the ECB to adopt a wait-and-see approach Thursday, before adding greater muscle to the bank's pandemic stimulus in December.

When Lagarde first arrived in Frankfurt, a key task on her to-do list was to patch up a rift between ECB members openly divided over her predecessor Mario Draghi's ultra-loose monetary policy.

But the spat was quickly overshadowed by the pandemic, which saw the ECB leap into action and roll out a 1.35-trillion-euro ($1 trillion) emergency bond-buying scheme to keep credit flowing and cushion the impact from the biggest global downturn since World War II.

"Under her leadership, the ECB has been successful in averting a sovereign debt crisis," said Andrew Kenningham of Capital Economics, although Lagarde "has on occasion seemed unsure of herself in handling some of the more technical, economic aspects of the job."

Lagarde notably gaffed in the early stages of the pandemic, triggering a sell-off in bond markets after saying it was not the ECB's job to "close the spread" between Italian and German bond yields.

She learned the hard way that "every single word of the ECB president can have an enormous impact," Brzeski said.

"It is under Lagarde that the ECB (website) had to introduce the 'blog' entry to repair any communication damage from the press conference the day after."

Under Lagarde's leadership, ECB board members and eurozone central bankers are communicating more frequently with the media, giving markets more insight into their thinking in between the six-weekly policy meetings.

Lagarde's political experience has given weight to her pleas for European leaders to use their fiscal firepower to support the ECB's efforts.

She has praised the European Union for agreeing to a historic 750-billion-euro rescue fund and urged governments not to withdraw their coronavirus support for businesses and citizens too quickly.

Lagarde's diplomatic skills "help in a crisis situation where good coordination between the monetary and fiscal policy is more important than ever," said Fritzi Koehler-Geib, chief economist at German public bank, KfW.

The ECB boss has also focussed on "greening" the ECB's agenda – climate change is among her chief concerns – and launched a major review of the bank's tools and goals, due to conclude next year.

Lagarde herself has vowed to be a "consensus builder" and said she is not "overly concerned" by diverging opinions, as the bank weighs the crucial next steps to take.