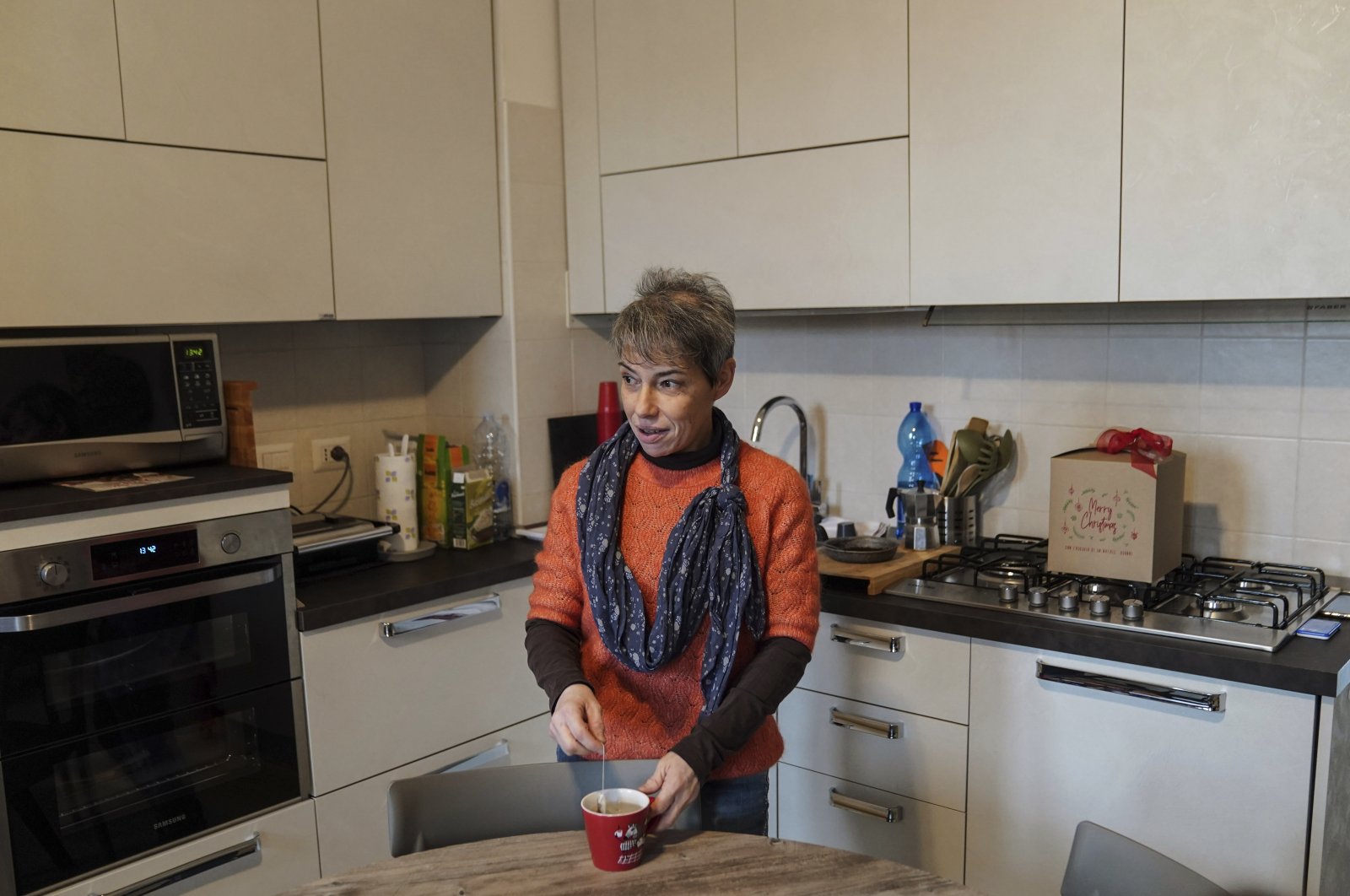 The coronavirus pandemic did not produce Elena Simone's first budgetary rough patch. The 49-year-old single mother found herself out of the job market when the 2008 global financial crisis hit Italy and never fully got back in, but she created a patchwork of small jobs that provided for herself and the youngest of her three children.

That all changed with Italy's first COVID-19 lockdown in the spring.

With schools closed, so went Simone's cafeteria job. Her housecleaning gigs dried up, too. While others returned to work when the lockdown ended, Simone stayed frozen out.

“There was a period when I was only eating carrots,’’ she recalled from her kitchen decorated with colorful plush characters shaped like vegetables.

For the first time in her life, Simone needed help putting food on the table. At a friend's urging, she enrolled for access to the food stores operated by Roman Catholic charity Caritas. Her eligibility covers her through January and she hopes to be off the charity rolls by then “to make room for people who need it even more.”

The charity serving more than 5 million people in the Milan archdiocese, Caritas Ambrosiana, says the pandemic is revealing for the first time the depths of economic insecurity in Italy's northern Lombardy region, which generates 20% of the country's gross domestic product.

Simone, who has two adult children and a 10-year-old son at home, is typical of Italy's new poor. These are people who managed to get by after the 2008 financial crisis, staying off the radar of Italy's welfare system by relying on informal, gray-market jobs and the help of friends and family.

Between Italy’s near-total spring lockdown, the introduction of a partial lockdown when the virus surged again in the fall and the continued toll the pandemic is taking on Italy's economy, however, the slim threads that allowed people to weave together employment have snapped.

Nowhere in Italy is this more evident than in Lombardy, where COVID-19 first exploded in Europe. Italian agriculture lobby Coldiretti estimates that the virus has created 300,000 newly poor people, based on surveys of the dozens of charity groups operating in the region.

Caritas Ambrosiana provided help to 9,000 people during the spring lockdown, 20% of whom reported that their financial situation had “drastically” worsened over the 10-week closure. In October, nearly 700 families requested food aid for the first time.

Nationally, one-third of all people seeking help from Caritas during the pandemic are first-time recipients, and in a reversal of usual trends, most are Italians and not foreign residents.

More than 40 organizations provide food on a daily basis in Milan, Italy’s financial capital. One of the largest, Pane Quotidiano, serves some 3,500 meals a day. Many of those in need once worked in restaurants and hotels, which have been particularly penalized by the coronavirus restrictions, or as domestic help.

“It is even more widespread than we knew, especially for a rich city like Milan,’’ Caritas Ambrosiana spokesperson Francesco Chiavarini said. “These precarious jobs were lost. And we don’t know when or if they will be restored.”

Researchers at Milan’s Bocconi University said in a working paper for the Organization for Economic Cooperation and Development that blue-collar workers without college degrees paid the heaviest price for Italy's virus restrictions. Half reported a drop in their salaries, compared with just 20% of the top earners, and many did not have the luxury of working remotely.

“What we are seeing is a substantial increase in inequality,’’ Bocconi University researcher Vincenzo Galasso said.

Those without solid job contracts are the most exposed in the pandemic that has already killed over 68,000 people in Italy, the highest death toll in Europe.

Simone discovered too late that her cafeteria contract described her as an occasional worker, meaning she had no basis to request government support to replace lost income. Her cleaning jobs were off the books altogether and she has recovered only two of the dozen she held before the pandemic.

Even when workers qualify for Italy’s public-private short-term layoff scheme, the money has arrived late and is generally inadequate to cover a family's basic expenses, Chiavarini said. Basic coverage is 400 euros ($490) a month, yet monthly rents in a city like Milan start around 600 euros ($735).

Food security is emerging as a key issue as the pandemic enters winter.

Progetto Arca, which runs shelters and provides other social services in Milan, started operating a food truck last month after seeing that homeless people who had filled their stomachs with restaurant and bar handouts were going hungry during the partial fall lockdown when many establishments had closed.

And it isn’t just the homeless coming by the food truck. On a recent night, a well-dressed man in a quilted jacket and dress trousers waited off to the side until the line had dissipated. He identified himself as a lawyer but declined further comment and asked not to be photographed as he took away two hot meals and two bags of food for the next day, one for his companion waiting at home.

So far, government moratoriums on evictions and the firing of contracted workers have helped keep a cap on what charity workers see as an emerging poverty crisis.

“When these are lifted, we will see the real price that we need to pay for this pandemic,’’ Chiavarini said. “We celebrate Milan as the capital of innovation, but beneath these skyscrapers of which we are so proud, there is a hidden world where people are living in conditions of real precariousness.“