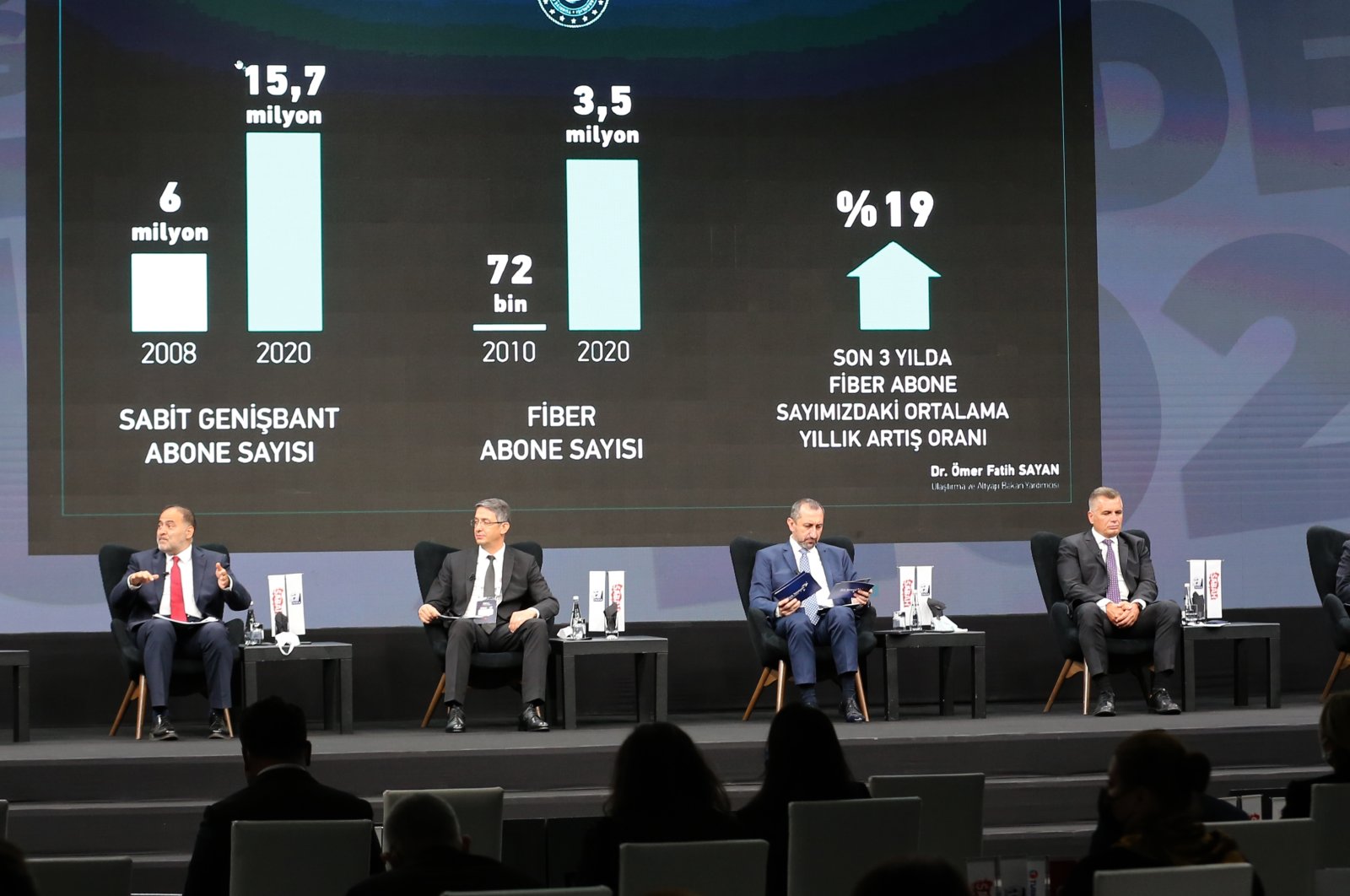 Turkey’s leading public institution executives and prominent names from the business world came together on Thursday at the third Turkey 2023 Summit, organized by Turkuvaz Media Group’s Sabah daily and broadcaster A Para.

Turkey’s strategies during the pandemic, studies and projects as well as companies’ new investment plans were discussed at the event held at the new complex of Turkuvaz Media Group, which owns Daily Sabah, in Istanbul's Eyüpsultan district.

Speaking at the opening ceremony, Transport and Infrastructure Minister Adil Karaismailoğlu stressed the country’s efforts in terms of digital transformation as well as space.

Turkey on Oct. 2 took delivery of its Türksat 5A satellite, Karaismailoğlu noted. The country aims to launch the broadcast satellite into space on Nov. 30, he announced. “Our power in space will also begin to increase. In this way, our broadcasting power will increase,” he said.

“Our internet network will become much stronger when we send our 5B (satellite) into space in mid-2021. We are planning all of these in a way to integrate them into our lives,” Karaismailoğlu said.

Attending the event via videoconference, Environment and Urbanization Minister Murat Kurum elaborated on the projects within the scope of the country’s 2023 vision, stressing the government’s works on smart cities and construction plans.

“We are also manufacturing a domestic electric car. We need electric charging stations for this. We will now design our construction plans according to these vehicles,” Kurum said.

“We have been carrying out seismic activities in the Eastern Mediterranean for two years and in the Black Sea for one year,” Dönmez said.

“We have announced the first good news with a 405 billion cubic meter natural gas discovery in the Black Sea. We continue our works. We plan 40 drillings there. We have planned two to three designated wells,” the minister noted. “The Black Sea gas will meet the need of Turkey’s households for 25 years.”