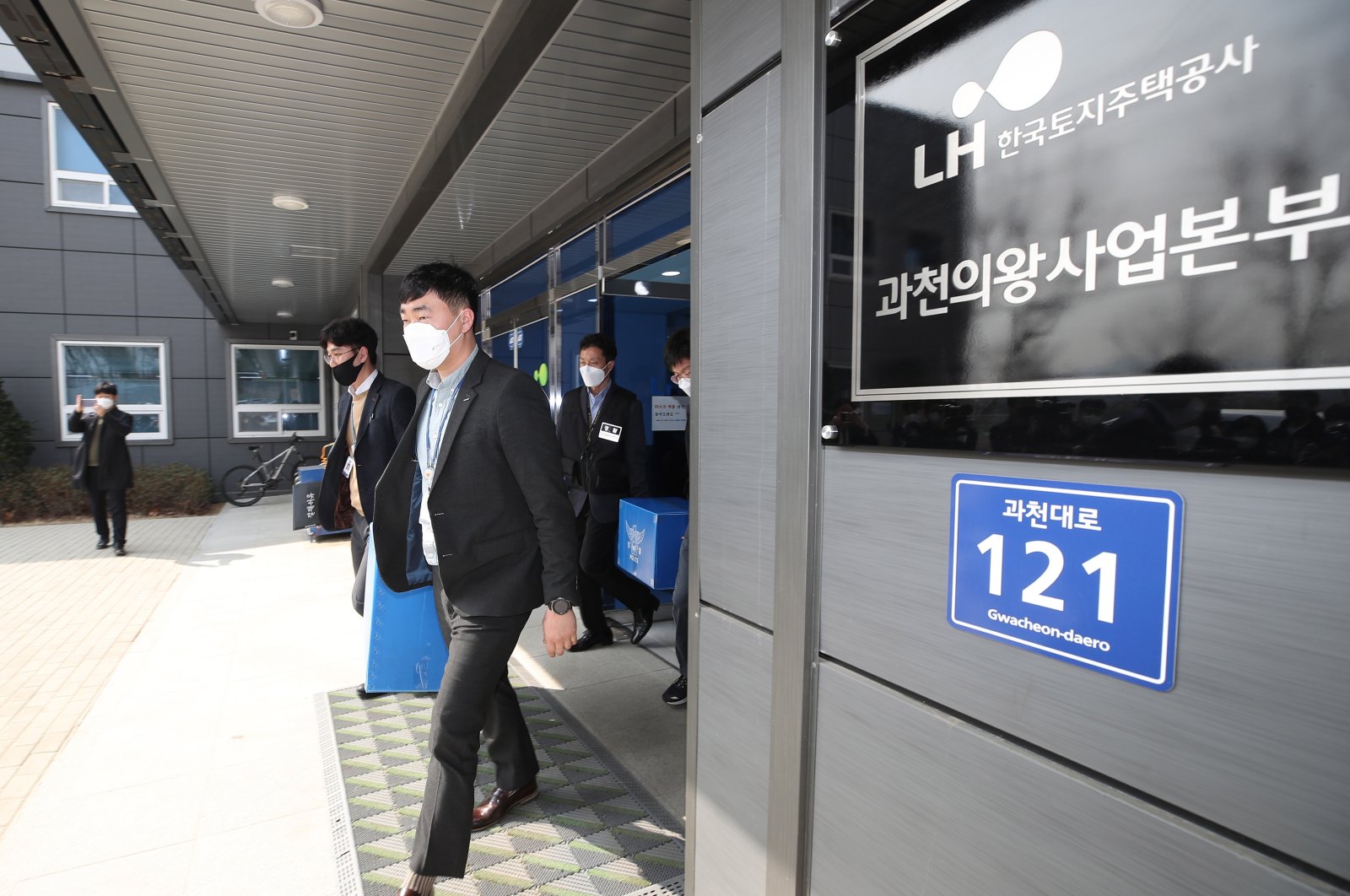 Officials at South Korea's state housing corporation are being accused of trying to use insider information to cash in on runaway property prices in a property scandal that is piling pressure on Moon Jae-in's government.

The issue is already draining support from the ruling party ahead of key elections.

Police said on Tuesday they were serving search and seizure warrants at the headquarters of Korea Land and Housing Corp in Jinju, south of Seoul, to gather evidence of illegal property speculation by employees.

The police raids came one day after President Moon Jae-in called for an investigation into allegations that at least 13 employees at Korea Land and Housing had acted on insider information and bought undeveloped land near Seoul before the government unveiled a new town development project in the area.

Median apartment prices in Seoul - where about a fifth of South Koreans live – have soared nearly 60% since May 2017 when Moon came into office, despite repeated government interventions to try to cool down the market.

Housing affordability has become a political headache for Moon, whose historically high levels of support have been eroded by scandals, high unemployment and slow economic growth.

The property speculation furor comes a month before a by-election that will decide several key offices, including the mayors of the country's two largest cities, Seoul and Busan.

Polls show Moon's Democratic Party is likely to lose control of Seoul's municipal government for the first time in a decade, and will struggle to retain power in Busan after the incumbent mayor resigned amid a sexual harassment scandal.

With a year to go until the next national presidential election, polls also suggest the housing scandal is boosting the conservative opposition, which has been in disarray since the impeachment of former President Park Geun-hye in 2017.

“The soaring house prices, already causing pain to the public, combined with the scandals in the Moon administration will result in public resentment,” said Kwon Huck-ju, a professor of public policy at Seoul National University.

The insider trading allegations surfaced last week after civic groups accused over a dozen current and former employees of Korea Land and Housing of speculating in land in two satellite cities of Gwangmyeong and Siheung in Gyeonggi province, less than 20 kilometers (12 miles) southwest of Seoul.

One of the groups, the human rights lawyers' collective Minbyun, said that from April 2018 to June 2020 land corporation employees and their spouses had purchased 10 plots for a total of about 10 billion won ($8.8 million).

The state-run corporation has subsequently confirmed the purchase of 12 plots by 13 employees over three years, according to a document provided to a ruling party lawmaker.

The aim of the new development project is to decentralize Seoul by turning farmland into a self-sufficient town powered by an industrial complex and full infrastructure, said Yeo Kyoung-hui, a property market analyst at Real Estate 114 Inc.

"Since these new towns have a full renewable capacity of their own with residential and work areas and the infrastructure that connects to Seoul, those who couldn't afford housing in Seoul would move away and drive up the price," Yeo said.

Since its launch in 2009, the state housing corporation has developed residential areas, new towns and industrial complexes, including the inter-Korean Kaesong industrial park in North Korea, with the aim to improve quality of life and develop the national economy by creating stable housing.

Kwon Dae-jung, professor of real estate studies at Myongji University, said the government needed to get to the bottom of the scandal or risk further damage to its reputation.

"Currently the land ministry has told the Land and Housing Corp employees to voluntarily come forward, but this isn't enough," he said.