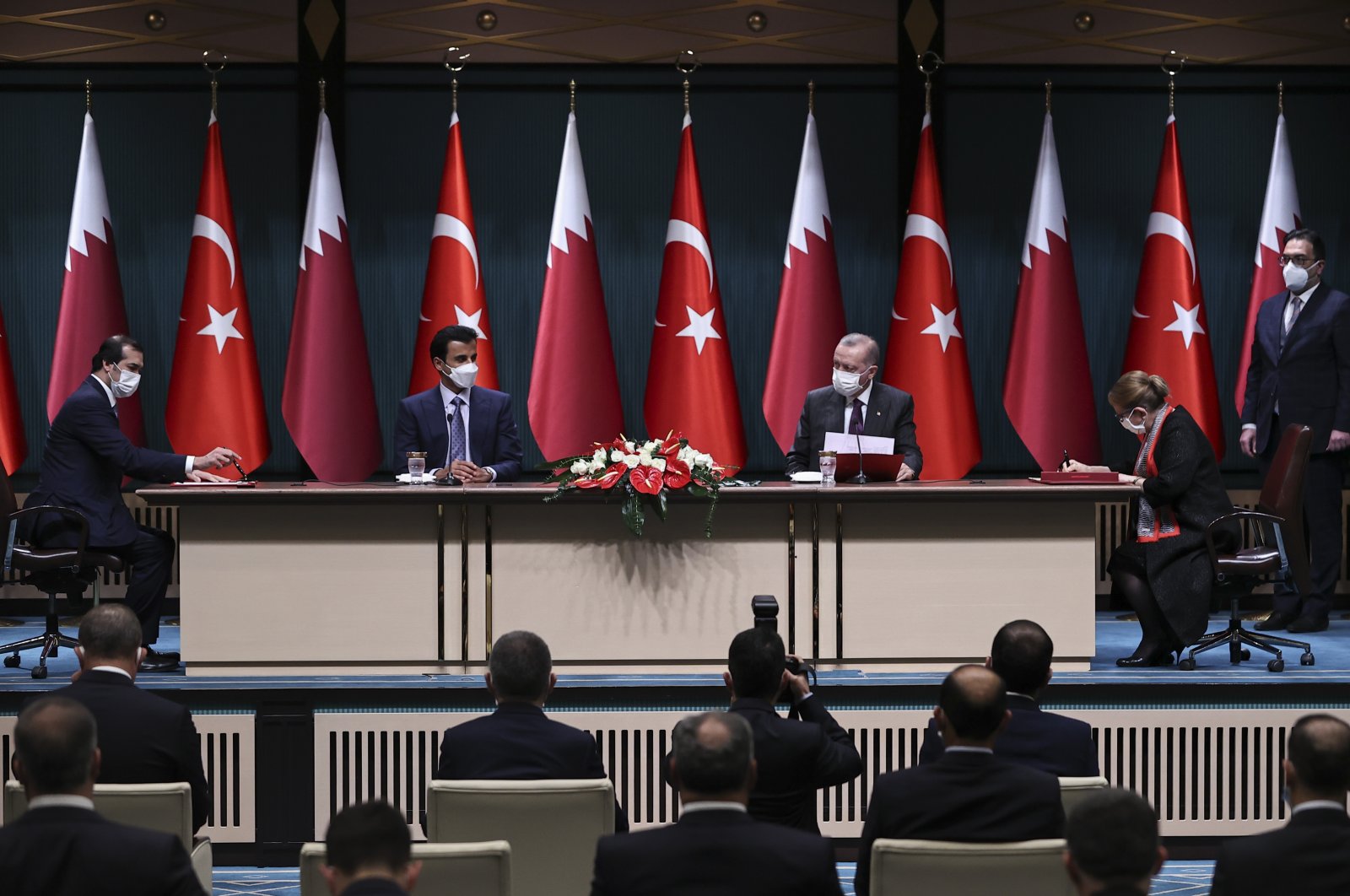 Recently signed agreements between Turkey and Qatar are expected to boost the bilateral trade volume between the two countries while paving the way for business cooperation in third countries.

Among the newly inked agreements, a memorandum and understanding (MoU) was signed between Turkey’s Trade Minister Ruhsar Pekcan and Qatari Trade and Industry Minister Ali Bin Ahmed Al Kuwari. The deal came as a mutual declaration to establish the Joint Economic and Trade Commission between the ministries of both countries.

The declaration aims to establish further cooperation in developing direct contact between the institutions, enterprises and economic actors of the two countries. It is expected to further enhance the economic cooperation and trade volume between Turkey and Qatar.

The Joint Economic and Trade Commission established under the scope of the declaration will meet every year alternately in Turkey and Qatar.

If deemed necessary, representatives from the private sector and nongovernmental organizations (NGOs) will also be attending the commission meetings.

The commission meetings are expected to enable information sharing on the analysis of trends and expectations regarding the economic conditions and national economies of the two countries.

Meanwhile, the MoU signed regarding the Turkey-Qatar free trade zone and joint promotional activities is of great importance in the development of trade and economic relations between the two countries.

Under the agreement, joint promotional activities will be carried out in a bid to help the private sector make more effective use of the advantages offered by the free zones established in both countries.

The promotional activities aim to increase the mutual investments of investors from the two countries in the free zones and to effectively transfer the wide opportunities and incentives offered by the free zones to the investors.

In addition, a specialized free zone model, initiated by Turkey to promote investments for technological and high value-added production, will be introduced to the Qatari business world.

The two allies’ close economic ties strengthened significantly after a Saudi-led embargo on Qatar. Ankara emerged as one of Qatar’s top partners since the Saudi Arabia-led bloc launched a trade and diplomatic boycott of the Gulf state in 2017, sending additional troops and food to meet Qatar’s needs just after the embargo began.

The two countries have strengthened military and economic ties in recent years and had signed a total of 52 agreements and five joint declarations before Thursday’s meeting.

With the latest meeting, the total number of agreements has risen to 62.