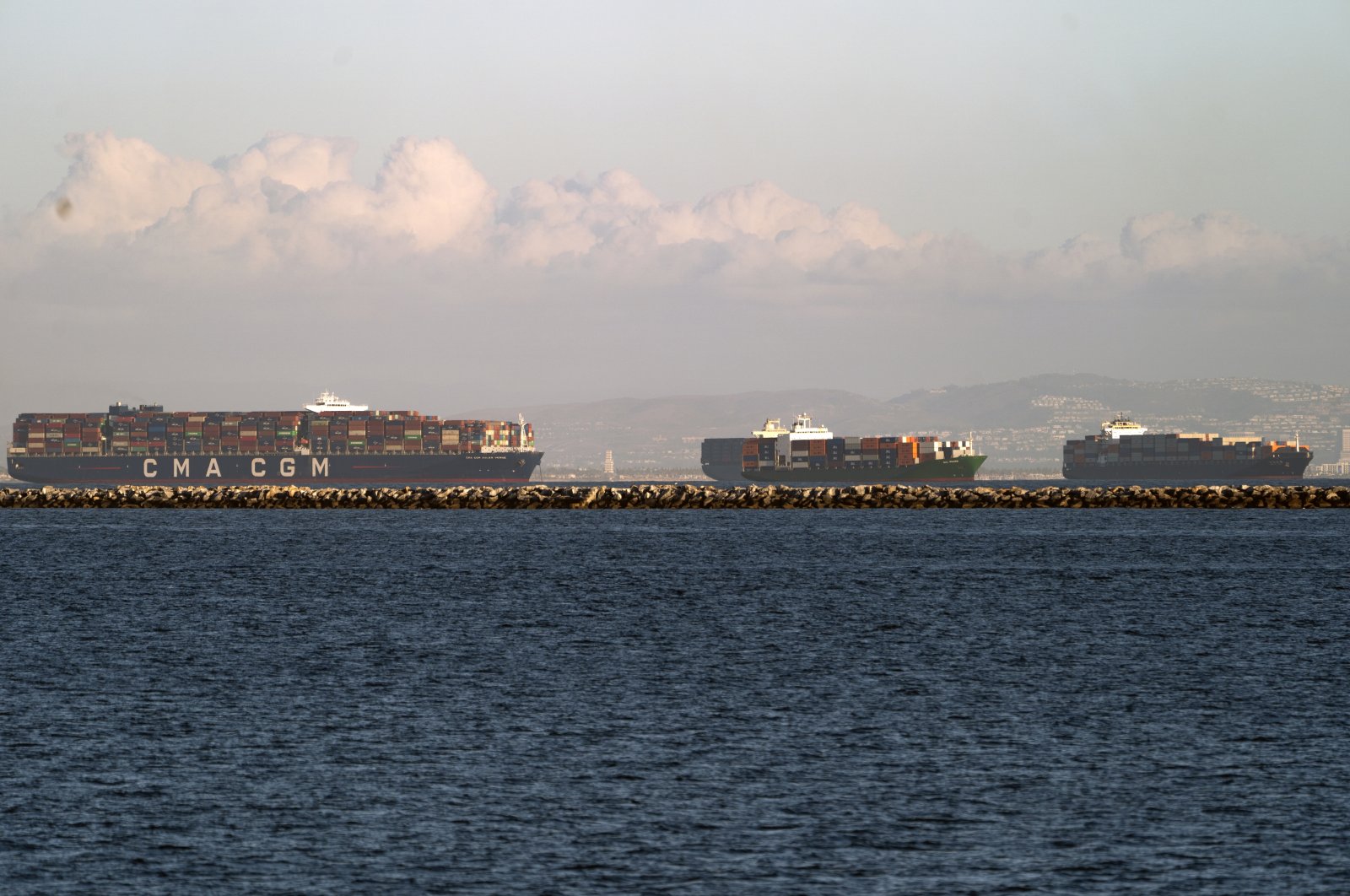 The supply chain bottlenecks and labor shortages continue to overwhelm ports around the world, particularly in the U.S., where ports are grappling with record backlogs as hundreds of ships idle away waiting to unload thousands of containers.

The surge in demand for retail goods from people stuck at home under pandemic-related lockdowns and logjams impacting the supply of container ships and boxes to transport cargo have caused major disruptions across the globe in recent months.

Authorities in major retail markets such as the U.S., where the situation has been particularly severe, are struggling to find ways to alleviate the congestion.

Hundreds of giant vessels have been stuck off southern California’s ports of Los Angeles and Long Beach, unable to discharge thousands of containers. Some have been idling in the waters outside the ports for weeks, and the bottleneck is expected to continue into next year.

The backlog at America’s busiest port complex, key to the country’s supply chain, reached an all-time high this week as the total number of ships waiting to unload outside the two adjacent ports hit a new all-time record of over 100 on Monday.

According to data from the Marine Exchange, more than 100 container ships were still waiting at the ports of Los Angeles and Long Beach as of Wednesday. Of these, 71 ships were at anchor and 32 were at berths, as authorities grapple to find a solution to the situation.

Similar backlogs are said can be seen at ports in New York and Savannah, Georgia. A shortage of warehouse workers and truck drivers to pick up goods is partly to blame.

National Guard may be deployed

The U.S. is the world’s biggest consumer, importing goods valued at roughly $2.5 trillion a year. President Joe Biden is fighting for massive federal funding to modernize crumbling infrastructure, including seaports.

Biden last week announced that the Port of Los Angeles will expand to 24/7 operations, following the example of the Port of Long Beach.

About 40% of shipping containers imported to the U.S. come through the two ports, which are among the world’s busiest but typically operate five days a week, closing at night and weekends.

Biden is pushing port executives, labor union leaders and major retailers like Walmart to attack shipping hurdles that are driving up the price of goods and raising the risk of product shortages during the all-important holiday season.

Southern California port executives are coaxing terminal operators, importers, truckers, railroads, dockworkers and warehouse owners to adopt 24/7 operations in a bid to clear clogs that have backed up dozens of ships offshore and delayed deliveries to stores and e-commerce fulfillment centers.

Meanwhile, the latest ranking by the World Bank and IHS Markit on Wednesday showed southern California’s Los Angeles and Long Beach ports handle the most ocean cargo of any ports in the U.S., but are some of the least efficient in the world.

In a review of 351 container ports around the globe, Los Angeles was ranked 328, behind Tanzania’s Dar es Salaam and Alaska’s Dutch Harbor.

The adjacent port of Long Beach came in even lower, at 333, behind Turkey’s Nemrut Bay and Kenya’s Mombasa, the groups said in their inaugural Container Port Performance Index published in May.

The COVID-19 pandemic has disrupted trade around the globe, snarling trade and exposing the frailty of a supply chain built for predictable, just-in-time movement of goods.