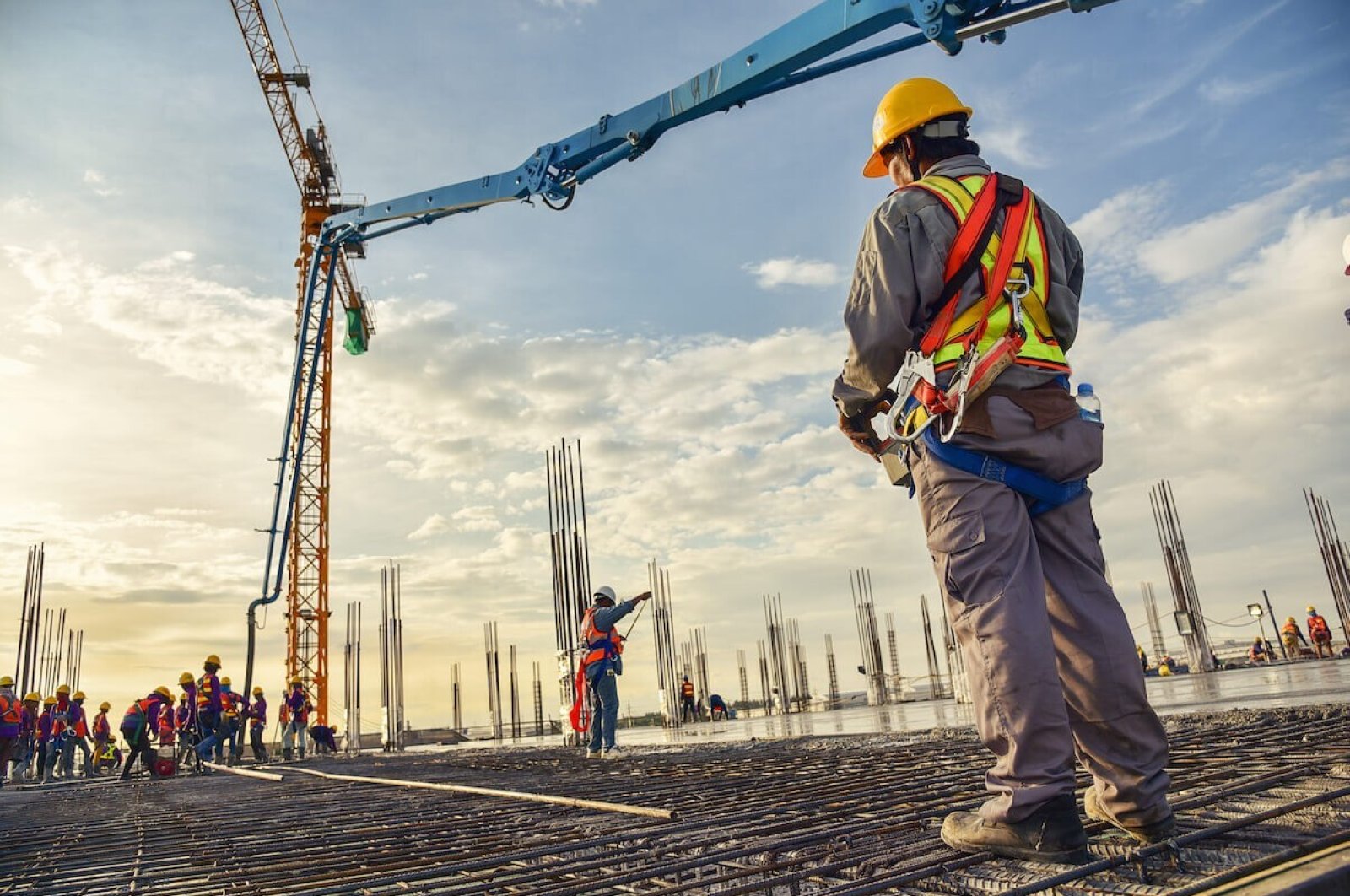 Crippled by the coronavirus outbreak, the global construction sector, which has undergone a difficult period due to the closure of construction sites and project cancellations along with supply chain disruptions and cash stagnations, is expected to contract significantly, as corporate mergers are forecast to take place in the coming period and e-construction sites or robotic real estate technologies may emerge as the new focus.

The pandemic has already caused significant damage to the construction industry, which is linked to more than 200 subsectors, from cement and ready-mixed concrete to bricks and machinery, and a large share of employment. The closure of construction sites and a halt in business have led to millions of job losses in the sector, which plays an important role in the economy, especially in developing countries.

Disruptions in supply chains that occurred after worldwide lockdowns which have only recently begun easing were another vulnerability for the sector during this process. Meanwhile, sectoral reports suggest that the disruptions that emerged during the pandemic may cause extra legal costs to companies in the foreign contracting sector, and compensation may come to the agenda due to these companies' failure to fulfill the responsibilities in their contracts without force majeure.

A recent report by Deloitte that examines the effects of the pandemic on the construction and engineering industry emphasized that the supply chain disruptions, along with short-term cash flow stress on subsectors, including retail companies and small businesses which canceled projects to conserve cash, came to the fore as risk factors for the sectors.

The report envisaged the impact of the outbreak on the construction sector in both operational and financial terms.

“Delay and termination in existing contracts, "slowdown in supply, and an increase in prices of materials, equipment and labor," "safety in the construction sites and its costs" and the "negative impact of the disease on the current labor force availability and the costs required for holding qualified employees” were among the operational factors mentioned in the report.

“Construction companies with high levels of debt and low cash reserves may face a liquidity crisis,” the report said, noting that “smaller companies and the sub-contractors may fail rapidly.”

Following the closure of construction sites especially in France, Italy, the U.K. and Germany, the IHS Markit Eurozone Construction Sector Total Activity Index fell to a record low level with 15.1 in April. The index was down from 52.5 in February to 33.5 in March. Italy and France, in particular, took the lead in the sector's narrowing in two consecutive months. In Germany, this decline was relatively slow but noticeable.

Meanwhile, the construction industry in the U.K. recorded the worst collapse in over 20 years. The construction Purchasing Managers’ Index (PMI), published by data firm IHS Markit and the Chartered Institute of Procurement and Supply (CIPS), slumped to 8.2 in April from 39.3 in March, below market expectations of 22.2. This figure, which indicates a serious slowdown in the sector, was 27.8 even during the 2008 financial crisis.

CIPS Director Duncan Brock stated that the sector’s recovery may take many years, noting, "The construction sector, which still has not fully recovered after the 2008 global economic crisis, has gone 10 years behind due to the production gap created by the global pandemic.”

In Turkey, the construction sector, worth TL 231.9 billion ($34.01 billion), had received a 5.4% share of the national income in last year. Real estate activities constituted 6.7% of the national income with TL 285.7 billion. As of February 2020, there were 1.3 million employees in the construction industry, which constitutes 5.2% of the total employment. During this period, 640,000 of a total of 4.2 million unemployed were former construction sector employees.

According to the Banking Regulation and Supervision Agency (BDDK) data, as of April 30, consumers used in TL 210.8 billion housing loans. This figure was TL 199.2 billion at the beginning of the year. The total cash loans used by the construction sector increased from TL 234.3 billion in March 2019 to TL 260.1 in the same month of the current year.

According to the April report of Turkey Building Material Producers Association (Turkey IMSAD), the outbreak’s effect on construction materials was more deeply felt in April. According to the survey conducted with the members of IMSAD in the first half of April, nearly 85% of the sector saw order and project cancellations from abroad while 46.8% faced cancellations within the country. Some 56.5% of the construction industry predicted that their sales budgets may decrease by 20% or more this year.

The Construction Sector Confidence Index, which started the year with a significant surge, increasing by 22.1 points in the January-March period, fell sharply by 35.9 points in April.

Despite the stagnation in real estate, projects for logistics and storage, hospitals, medical offices and laboratories are still popular in the construction industry.

In the post-pandemic process, it is predicted that digital transformation will be brought to the agenda in the construction sector, e-construction sites will be created and the demand for larger square offices will increase due to social distancing.

The integration of robotic technologies in new projects is expected to accelerate and solutions for real estate technologies (proptech) such as robotics, which can sterilize and clean buildings, are expected to be adopted more frequently.

It is also expected that efforts will be made to reduce employee costs in the sector, retain key qualified personnel and determine alternative supply channels for critical products.