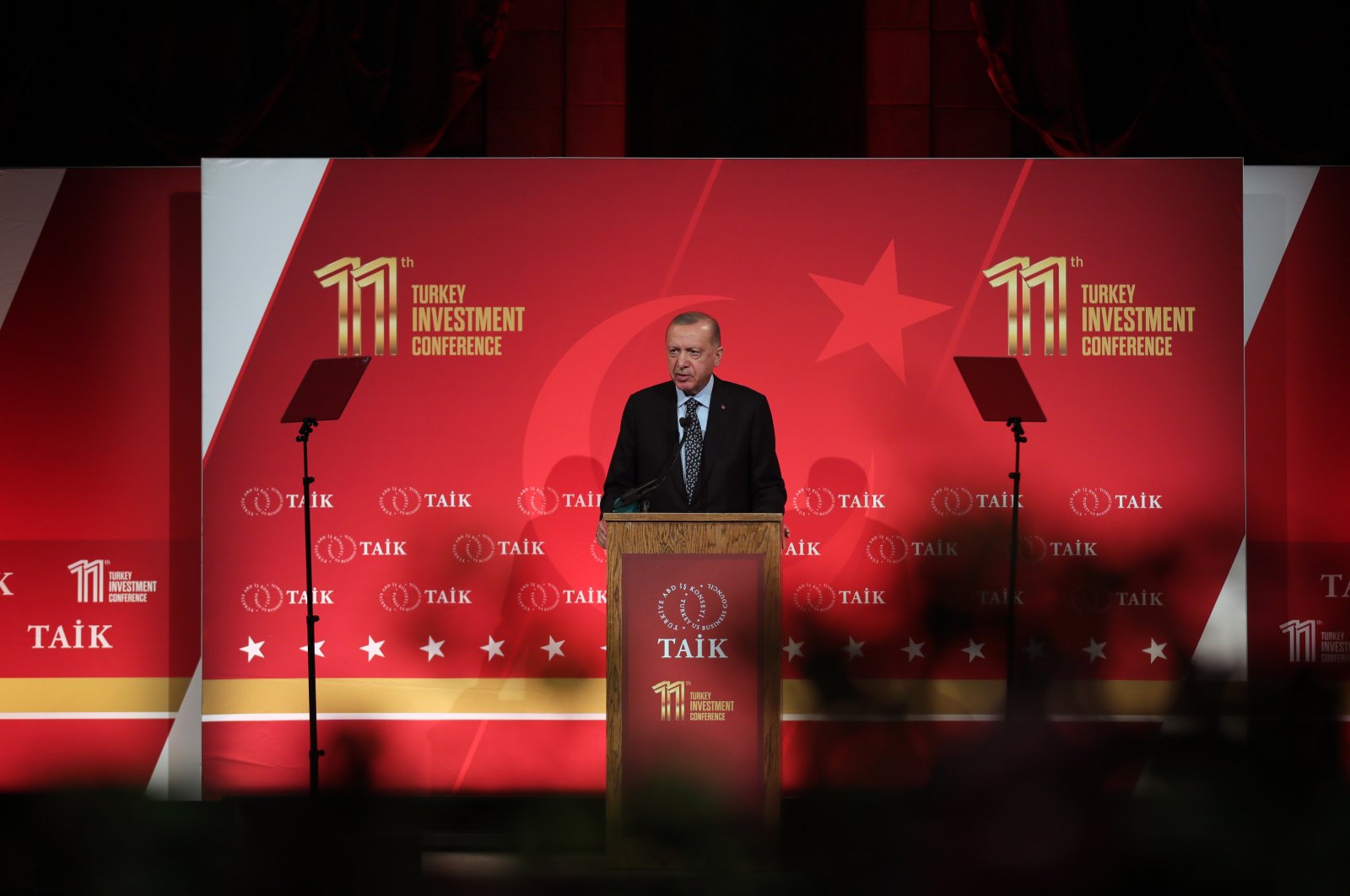 Turkey and the United States are on the same page when it comes to wanting to significantly lift their bilateral trade, President Recep Tayyip Erdoğan said Tuesday, emphasizing the need to boost dialogue and cooperation to achieve the “real full potential” of the economic partnership.

Erdoğan’s remarks came during a meeting with U.S. businesspeople at an event organized by the Turkey-U.S. Business Council (TAIK) in New York.

The president said the 70-year alliance between the two countries has contributed to peace around the world.

“This cooperation of ours, based on unique and solid foundations, has contributed to peace, stability and security in many parts of the world for years,” he noted.

“Critical developments in the recent period have once again demonstrated the importance and value of the strategic partnership between our countries.”

Erdoğan noted that differences in opinions can occur from time to time between the two NATO allies but can be overcome through dialogue, solidarity and mutual respect, as he pointed out opportunities for cooperation between the Turkey and U.S. in security, defense and investments.

“This perspective shows that the Turkish-U.S. relationship has the necessary capacity and maturity to overcome hardships that may arise. What matters is for both countries to have a strong political understanding and will in this direction,” Erdoğan said, stressing that he and his American counterpart Joe Biden reaffirmed their shared determination on this issue during the “sincere and comprehensive meeting” they had in Brussels on June 14.

Noting that Biden also fully understands that developing economic relations between the two countries is “both possible and necessary,” Erdoğan reiterated both leaders’ determination to expand the bilateral trade volume to $100 billion (TL 863.57 billion).

“We are of the same opinion that this is a realistic target that can easily be attained should the right steps be taken,” the president noted.

The bilateral trade rose to $21 billion over the last year despite pandemic conditions, Erdoğan said, highlighting that the U.S. stands as Turkey’s third-biggest export market.

Stating his hope for the trade volume to reach $25 billion by the end of 2021, he went on to say that mutual investments play a significant role in the development of economic and trade relations.

“If we can make use of the advantages of the post-pandemic period together with you, the businesspeople, I believe we can easily attain the $100 billion target.”

The number of U.S.-based companies conducting business in Turkey had reached 1,971 by June 2021 and the U.S.’ direct investments in Turkey reached $13 billion, he noted.

He added that Turkish investors, on the other hand, made direct investments worth $7.2 billion in the U.S., drawing more attention in global trade with cost-effective and vast production opportunities, a well-educated workforce and modern logistical infrastructure.

Erdoğan cited that Turkey ranked second among the G-20 countries with its 1.8% growth rate in the last year and became one of the countries that expanded its industrial production within the G-20 during the same period.

One of the means to strengthen economic and trade cooperation is through diversification of cooperation, he said.

“The field of energy holds serious opportunities for both countries ... I believe our cooperation in this field will advance more in the coming period.”

Describing businesspeople as the envoys of friendship and partnership between two countries, Erdoğan said Turkey and the U.S. should boost dialogue and cooperation to reach the “real full potential” of the economic and trade partnership.