Running out of workers: Germany ‘needs 400,000 immigrants a year’ 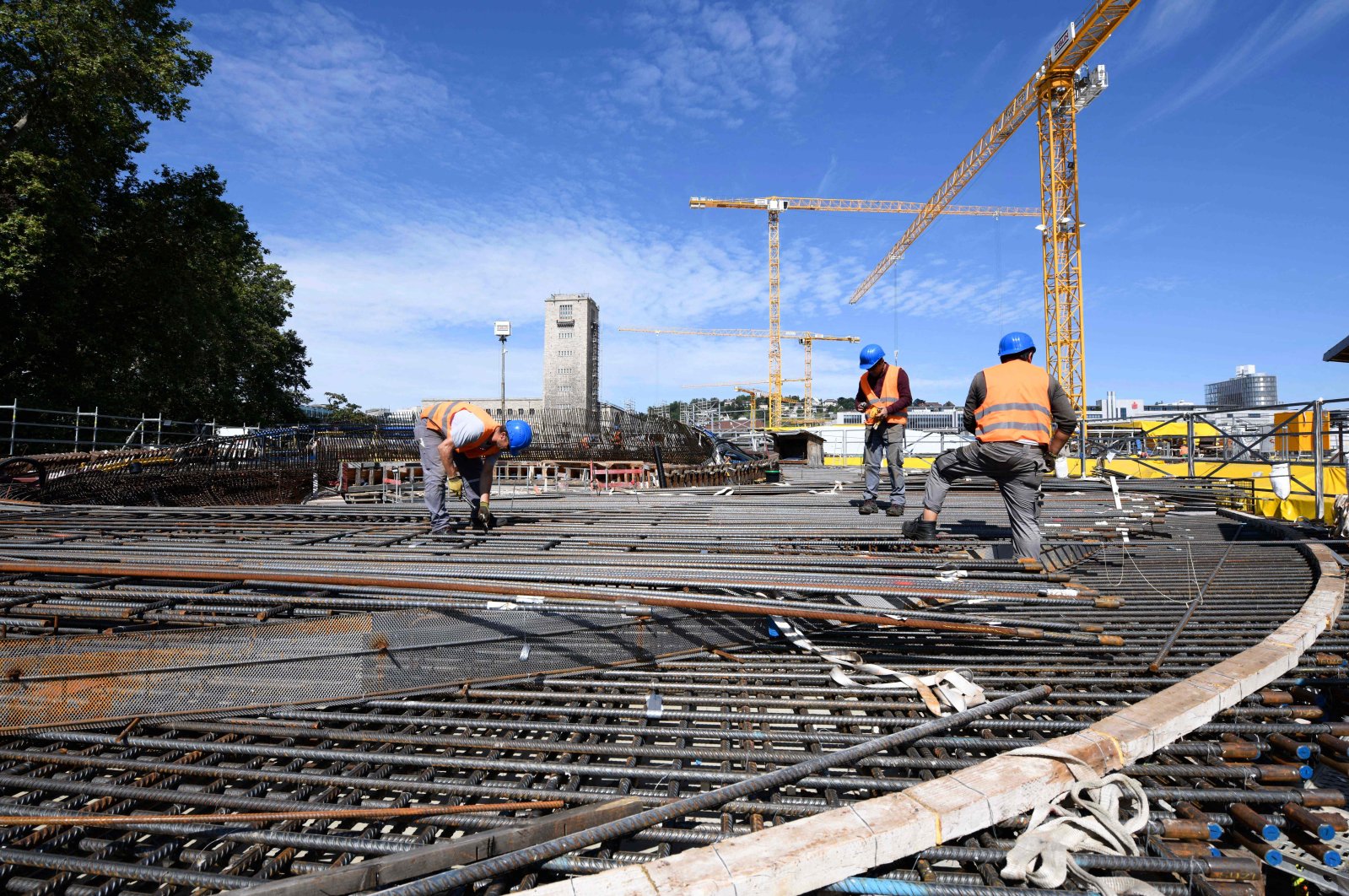 Workers build up a support for the platform hall on the construction site of the Stuttgart 21 railway project at the main station in Stuttgart, Germany, Aug. 9, 2021. (AFP Photo)
by DAILY SABAH WITH AGENCIES
Aug 24, 2021 1:20 pm

Desperate for more workers, Germany will need to allow significantly more immigrants with sought-after skills into the country, the head of the country’s jobs agency said Tuesday.

Issuing an urgent appeal to the government, Detlef Scheele, head of the Federal Employment Agency (BA), said Germany needs some 400,000 skilled immigrants per year to make up for labor shortages.

“Germany is running out of skilled workers,” Scheele told the daily Sueddeutsche Zeitung in an interview.

“For me this is not about asylum, but about targeted immigration for the gaps in the labor market,” he noted.

“We need 400,000 immigrants a year. In other words, significantly more than in previous years,” said Scheele. “From care and air conditioning to logisticians and academics – there will be a shortage of skilled workers everywhere.”

He was dismissive of possible resistance to migration as a solution to labor issues.

“You can stand up and say: ‘We don’t want foreigners.’ But that doesn’t work,” Scheele noted. “The fact is Germany is running out of workers.”

Due to demographic developments, the number of potential workers of typical professional age will decrease by almost 150,000 this year, Scheele stated.

“It will be much more dramatic in the next few years.”

“Germany can only solve the problem by qualifying unskilled workers and people whose jobs have been lost due to technical change, letting female involuntary part-time workers work longer – and above all by bringing immigrants into the country,” Scheele said.

Involuntary part-time workers are those who say they would prefer to work full time but can't find full-time jobs.

Scheele called labor shortages a key issue that the next government must tackle after federal elections in Germany next month.

Scheele's remarks come as Germany continues its evacuation of German nationals and refugees from Afghanistan after the Taliban swept into power.

“If refugees are making their way from Afghanistan, Germany should do its part to take them in,” Scheele stressed. However, he added that his focus was not on asylum-seekers, “but with targeted immigration for the gaps in the labor market.”

Germany is known for hosting around 3 million people of Turkish descent, who remain the largest diaspora in the country. Most of them had flocked to the country in the 1970s when Germany needed to cover its labor force deficit after World War II.

According to the Federal Statistical Office, net immigration to Germany in 2020 was 209,000. Last year was also the first time in almost a decade that the population in Germany did not grow – likely because of the coronavirus pandemic that severely restricted travel.

In 2019, the government put together a law designed to make it easier for workers with vocational skills to migrate to Germany.

The Skilled Immigration Act came into force in March 2020 – the month of the country’s first national COVID-19 lockdown.

The aim of the law was to ease restrictions and red tape for qualified professionals when migrating to Germany through simplified visa applications.