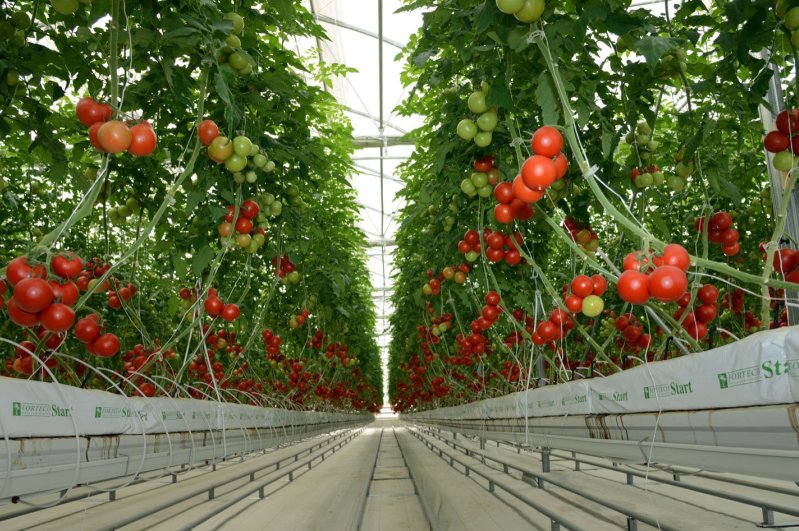 Russia on Tuesday increased the quota for tomatoes imported from Turkey from 150,000 to 200,000 tons.

"Approve the permitted volume of import of the product ‘Tomatoes fresh or chilled' – 200,000 tons," the Russian Agriculture Ministry said in a decree published on Russia's official web portal of legal notices.

The decision comes after hundreds of trucks carrying around 5,000 tons of tomatoes from Turkey were last week reported to have been stranded for over a week in the buffer zone between Russia and Ukraine, waiting for Russia to officially increase its quota.

Thousands of tons of tomatoes were left waiting at the border at risk of going to waste, causing a potential loss of up to $30 million.

In February, producers started to send additional products to the Russian border after reports that Russia's agriculture ministry was set to increase the quota of Turkey's tomato import quota by 50,000 tons to 200,000 tons.

Russia’s agriculture ministry in late January proposed increasing the tomato import quota. Western Mediterranean Exporters Union (BAİB) criticized the ministry for not specifying the period of time for the import quota on Turkish tomatoes and urged Moscow to remove the restrictions completely.

Russia, which has long stood out as the primary market for Turkish fresh fruits and vegetables, saw its share fall due to the problems experienced in the last five years.

However, Russia relaxed the trade sanctions on Turkey in the summer of 2017 but set quotas. Since May 2018, it has progressively lifted the limit on the number of tomato exports from Turkey, starting at 50,000 tons, and then the last time until now, in the spring of 2019, to 150,000 tons.