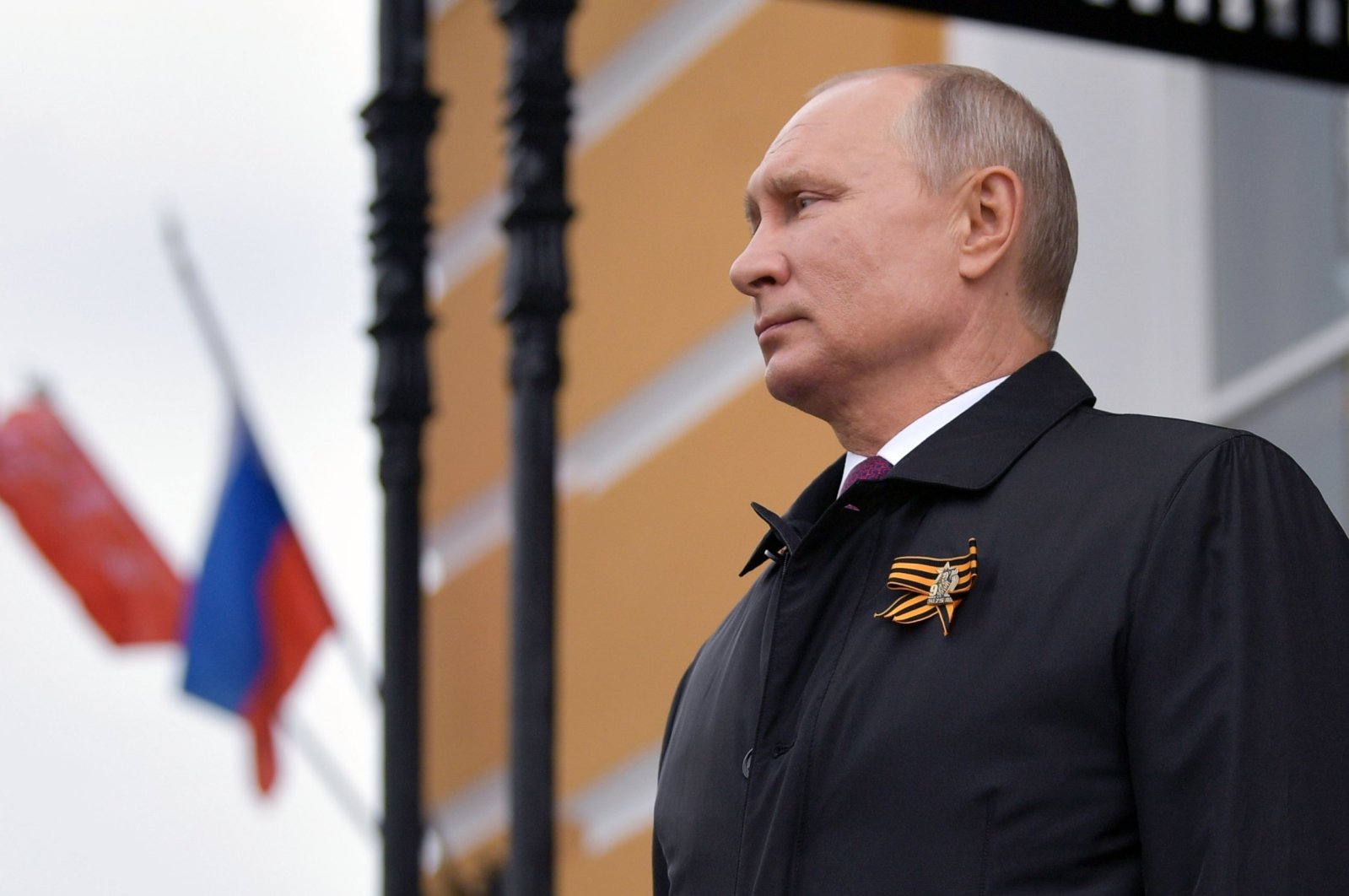 Russian President Vladimir Putin looks at military aircrafts flying over the Kremlin and Red Square to mark the 75th anniversary of the victory over Nazi Germany in World War Two, Moscow, May 9, 2020. (AFP Photo)
by Associated Press May 11, 2020 4:49 pm

Russian President Vladimir Putin has declared an end to a nationwide partial economic shutdown but noted that some restrictions will remain.

Putin, speaking in a televised address to the nation Monday, said it will be up to regional governors in the far-flung Russian Federation to determine what industrial plants could reopen starting Tuesday. He emphasized that it’s essential to preserve jobs and keep the economy running provided that workers strictly observe sanitary norms.

Putin ordered the economic shutdown in late March, although key industrial plants and some other sectors have been allowed to continue operating. Most Russians have been ordered to stay home, except for visits to nearby stores, pharmacies and visits to doctors.

Moscow will allow all of its industrial plants and construction sites to resume work starting Tuesday, and Putin said other regions may follow the example. Nonfood stores, hairdressers, car dealers and most other enterprises in the services sector remain shut.

Putin emphasized that the restrictions must be lifted gradually to avoid triggering a new wave of the contagion.